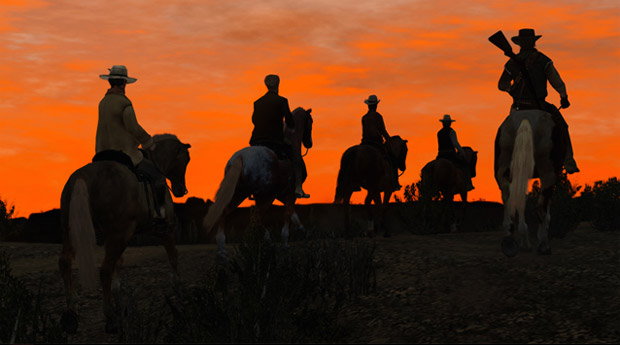 In the new issue of Official PlayStation Magazine, Rockstar VP of product development Jeronimo Barrea was quoted as saying “For all the games we work on, we have a massive number of ideas that [don’t] make it in.” This was a response to the question of whether or not there were enough ideas for a new game.

No word on a follow-up, but I doubt anyone here would find another Red Dead installment to be the least bit surprising if the time does ever come. Or, perhaps some of these unused ideas will make it into further downloadable content. And the rest — well, maybe it’ll go public via an artbook or something similar.

At any rate, Barrea says Rockstar was pleased “either that huge numbers of people loved the game enough to play through to the end, and then encouraged friends to play it, or at a more basic level … that we could convince that many people that they wanted to play a game about the wild west.”

Rockstar: We have more ideas for Red Dead [CVG]