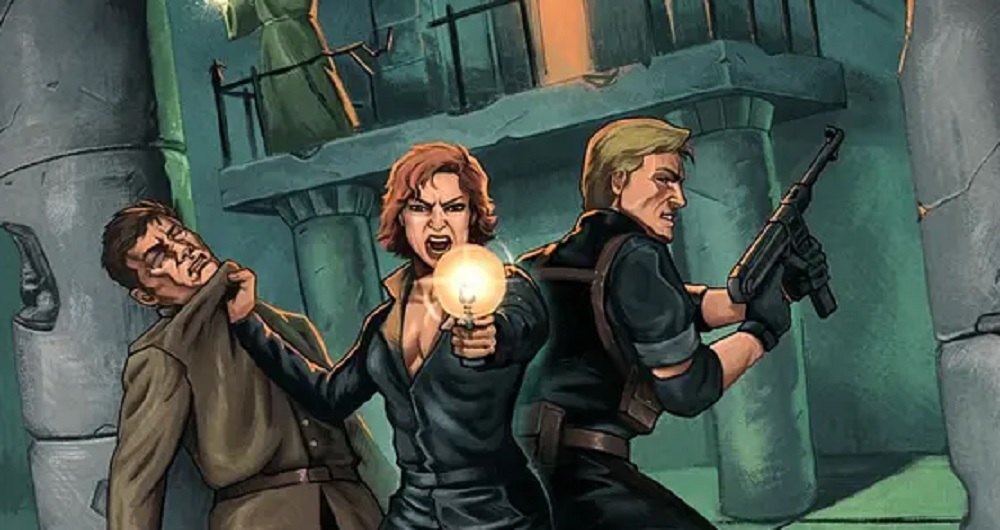 The return of a vulgar classic

Publisher Apogee Entertainment has offered an update on its incoming remake of ’90s shooter Rise of the Triad. The cult-smashing blaster will make its grand return on PC and console platforms in 2023, in the form of Rise of the Triad: Ludicrous Edition. A physical edition is en route from Limited Run Games.

Originally released in 1995, at the height of DOOM-clone mania, Rise of the Triad puts the player in control of a member of special operations squad HUNT, tasked with investigating a mysterious island on the American coast. The team quickly learns of a doomsday cult planning to obliterate Los Angeles, and takes swift and decisive measures to prevent this frightening eventuality… They fucking kill everybody is what I’m saying.

Originally designed as a Wolfenstein 3D sequel, Rise of the Triad features the bombastic mutant smashing, key-collecting action of iD’s genre-defining classic, albeit with far more gore and swearing. Players can choose from one of five characters, each with their own skillset, before engaging in typical ’90s FPS warfare. At the time, “RoTT” (as it would become known) was a modest hit, but has arguably become more popular in the years following its release than it was at launch, often appearing in speedrun marathons and FPS festivals.

Nightdive Studios’ new remake will support 4K visuals at 60 frames-per-second, as well as a host of bonus features including new multiplayer modes, remixed music, a brand new chapter, and even a level editor — which will allow you to upload your own cultist lairs to Steam Workshop. All in, Rise of the Triad: Ludicrous Edition is looking to be a passionate love letter to a title that might have otherwise been consigned to the forgotten files. It will be interesting to see this violent classic return to the mainstream.

Rise of the Triad: Ludicrous Edition will launch on PlayStation, PC, Xbox, and Switch in 2023.