Jeez. How many more copies of this game do you need? Capcom has us in a continual air juggle with these upgrades and re-releases lately, so it’s easy to become indifferent to a new title with an old name. That said, even if you have it already in some other form, you’re going to want to get this Vita version of Ultimate Marvel vs. Capcom 3. It’s … freakin’ beautiful. Portable fighting has never looked so good or played so well. 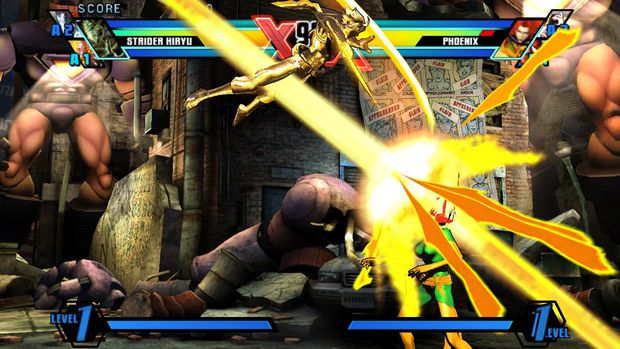 “Portable port” is a nasty term, but there’s no nastiness in UMvC3 on Vita. In fact, this is nearly pixel-perfect, with the Vita’s OLED screen practically sparkling with color and light effects. The frame rate is turned up to full-blast and never drops. Aside from some very small differences, like the stage backgrounds being static instead of animated, if you’ve seen the console version of this game, you’ve seen the Vita version. It’s easily one of the best-looking Vita launch games, and easily the best-looking portable fighter in existence. 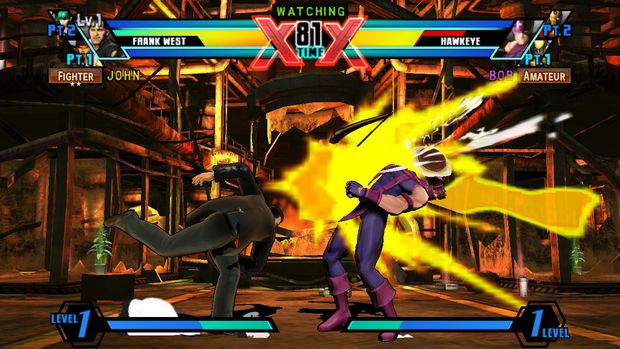 But what about the gameplay? Fast, air-hit happy, team-based three-on-three is the order of the day, just as before. Good news again, as the control is spot-on, with the Vita’s beautiful d-pad easily translating the action. Those who enjoy using the analog stick also have that option. The small, clicky face buttons are a dream for fighting moves, and even during fast-input combo-ing, they hold up nicely. I’d go as far as to say that nothing is lost as far as control is concerned — this game plays much like holding a PS3 controller, which bodes well for the future of fighting games on the Vita.

The Vita’s front touchscreen and rear touch panel can be used for optional touch controls, but it feels silly to use them after knowing how great the standard controls are. While the touch input option is somewhat fun, I doubt that any fighting game fan will take them seriously, and even novices will become bored after using them for awhile. Fighters can be moved with finger swipes, and attacks come from rapid taps on either surface, with a beautiful flourish of perfectly chained air attacks coming way too easily. While neat to try, standard controls should be used for maximum enjoyment. 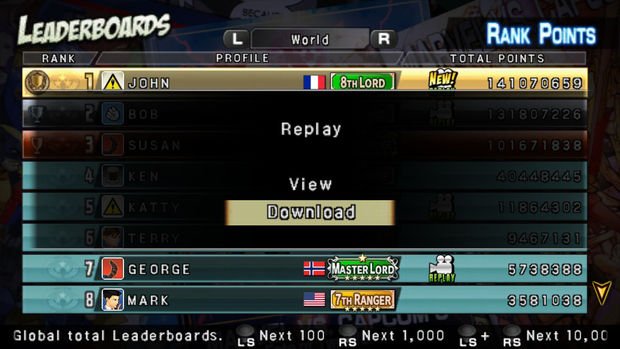 What’s neat is that you can mix standard controller play with a bit of touch control. For example, you can opt to touch the upper corner near your life bar to use assists or switch characters. Touching the combo meter lets you immediately use it with a single touch. I doubt that any serious users would bother, it’s neat that the option is there.

The online options of this portable game closely mirror those of the full console version. It’s really easy to jump into ranked matches, and they went down smoothly, with little in the way of lag. There’s also match and room creation for player matches, as well as spectating. Of course, a local multiplayer mode is available through an Ad Hoc connection. 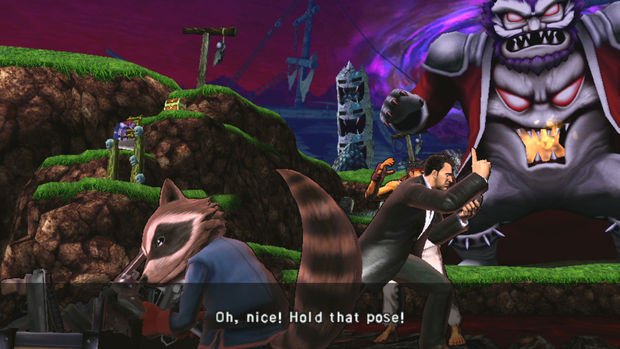 Ultimate Marvel vs. Capcom 3 is a portable port that makes no concessions on playability or visual quality, and that’s a truly rare thing. Aside from the optional touch controls, it adds absolutely nothing new in the way of features or character roster, and makes no apologies for it.

If you’re a fighting game enthusiast who enjoyed the console version Ultimate Marvel vs. Capcom 3 and have dreamed about being able to take it anywhere, this game is a dream come true.