Little Charlie Blackmore may have succeeded in rescuing his doll family from the evil baron, but his adventures are not yet over. A new quest for the smallest Matryoska doll arrives this week on PlayStation Network and Xbox Live Arcade, The Great Hobo King.

In this expansion to Stacking, Charlie travels to the kingdom of Camelfoot on behalf of his friend Levi. This land is the home of the hobos but it has been without a ruler for some time. Levi’s cousin Rufus qualifies by lineage but the shattered Hobo Crown must be reforged before he can take the throne. That’s where the wee Charlie comes in. 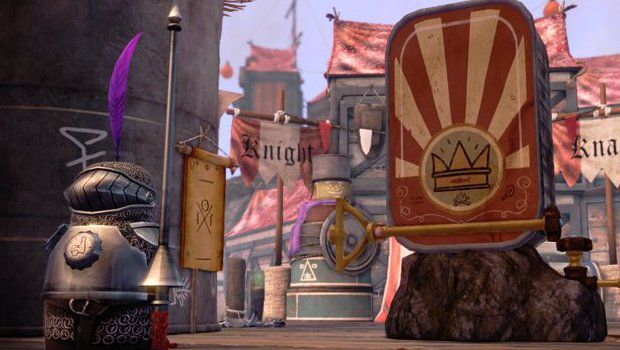 What we have here is basically an additional stage for Stacking, albeit a fairly small one. There are three new challenges in Camelfoot for Charlie to solve, all left behind by hobo mystics in days of yore, followed by a concluding puzzle that barely merits mention. Primary goals, as in the original game, have multiple ways to complete them with one offering a whopping six options.

The challenges aren’t quite so challenging in The Lost Hobo King. The majority have at least one solution which should be readily apparent to just about anyone, let alone a player who has already had the experience of playing through the original game. Make no mistake, there are still some mighty strange methods that can succeed in challenges and discovering all the possibilities is not easy. If you get stuck, the progressive hint system from the original game is here again to give a nudge in the right direction. 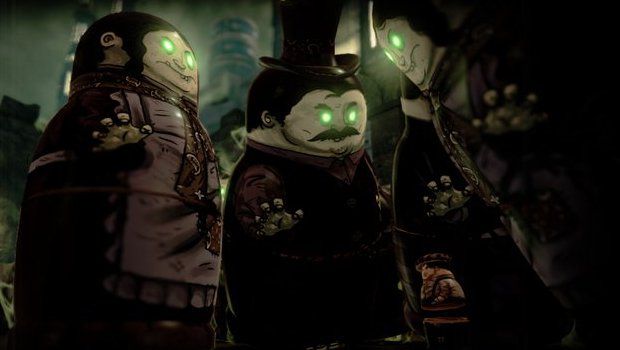 The puzzles are simple, but Stacking is every bit as much about being a playground as it is about brainteasers. There are about twenty new dolls to control with (mostly) new abilities to experiment with. Testing all of those out, discovering the new Hi-Jinks and finding other ways they can interact is still delightful and pads out the content somewhat.

That said, The Lost Hobo King doesn’t contain much of a value. It feels like something that was left on the cutting room floor for good reason instead of a complement to the original game. Players desperate for more Stacking will find that here but the experience doesn’t measure up in the end.