The colors duke, the colors!

Sonic has been through the wringer. A lot of people have given up on him, but I’m always willing to tough it out. When we thought that good 2D iterations died with Sonic Generations, Sonic Mania came around. When life handed us the sour pair of Sonic Boom video games, we got the fantastic TV show. The Sonic cycle is as real as you and me. And back in 2010, Sonic Colors was living proof. 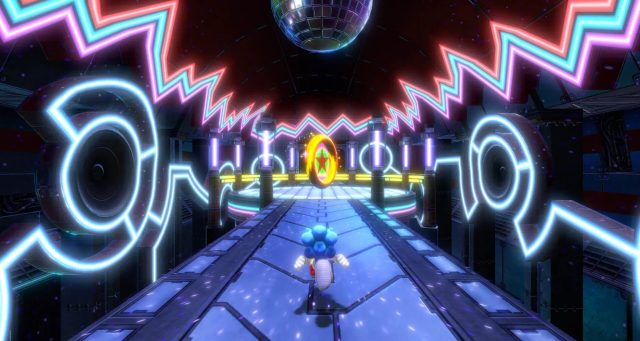 Sonic Colors was great back in the Wii era, and it’s better now thanks to some touch-ups. For the most part, the core design attempts to marry the newer (at the time) Adventure 3D formula with 2D Sonic, but with some of the most visually impressive and thematic zones yet. It’s not quite as much of a knockout as several individual 2D or 3D games respectively, but it manages to muster a lot of personality when merging the two.

The big gimmick this time is Wisps, which are basically cute ghost-like power-ups that are scattered about (and imprisoned) each stage. The laser lets you aim a quick “zap” dash, the drill drives you into the ground (and in water), and so on. Wisps are deliberately placed in each stage, with some layouts built entirely around certain power-ups. Playing through Colors again, one of the standout elements is how optional a lot of these mechanics are. If you want, you can speed through most stages and warp into the goal ring. But if you’re looking for a 100% clear rate, there’s plenty of nuance to learn.

This time around I had an opportunity to stop and smell the roses more, and appreciated the expansive stages that some of these Wisps enable. The drill levels are surprisingly deep for instance, with half the level secretly buried within what is ostensibly an optional power-up. There’s a lot of sneaky level design and hidden areas, and as you progress, stages become more and more open as a result. Several of the standout levels allow players to approach platforming challenges or puzzles with completely different routes, which had me wanting to replay them immediately after a clear.

Replaying stuff is a focus of Sonic Colors for sure, as you can blaze through everything in around five hours or less, but grabbing all of the red rings, unlocking Super Sonic, and clearing all the bonus Sonic Simulator stages will take around double that. Ultimate also allows for Rival Rush, bringing Metal Sonic into the mix to race you through existing stages (unlocked by getting 15 red rings in each world).

That’s the key phrase: “existing.” It’s nothing to write home about, as Metal Sonic running past you (or tailing you) is circumstantial at best, but as a bonus, I found a handful of them to be a fun distraction — at only a few minutes each, they’re not a chore, even if I wish it had a little more flair. Most of the unlock bonuses are cosmetic too, like extra shoes, gloves, speed trails, and avatars. Seeing Jet Set Radio and Skies of Arcadia reduced to a cameo as an image yet again stings a bit, but I’ll get over it.

I can’t stress enough how gorgeous the levels are, especially with a new coat of paint. The very first theme (Tropical Resort) paints a neon-laden picture of how things are going to go, as the Colors name continues to earn its keep. Aquarium Park is an absolute stunner in 2021 with its lovely blue hues, and Planet Wisp is one of the most relaxing stages I’ve ever played in a Sonic game: mostly because of the tunes. The only one I’m not a big fan of is Asteroid Coaster, which has an intriguing gimmick (roller coasters) executed with some clunk, and a bit of thematic crossover with the also space-heavy Starlight Carnival.

Sonic Colors follows a very off-the-beaten-path level design book and it mostly pays off. Several stages are less than a minute, which is interesting in and of itself. Most of these are clearly focused around “red rings first,” presenting what is close to a labyrinthine layout that offers a clear path to the goal, but many options to explore. It was a polarizing approach back then for “point A to B” type players, but I have a feeling some people are going to come around on it.

Some people might clash with the difficulty spikes in certain levels (I found myself warming up to those pretty quickly), which throw pit after pit and spike after spike your way. With semi-plentiful checkpoints, the infinite life system, and the tails recovery power-up (which are basically extra lives that bring you back to checkpoints within checkpoints), it’s manageable. The bigger issue is that a few bosses are unfortunately pushovers, and several are reduxes of existing ones. If there was only one thing that I could have on my wishlist for the Ultimate team to rework from the ground up, it would be those.

At the beginning, mid-way, and end points of each world, Sonic Colors will ask you to watch some brief (skippable) cutscenes. While the writing isn’t on point, this is where Roger Craig Smith (the voice of the titular hedgehog) and company started to really hone their craft and become the Sonic crew they are today, culminating in the surprisingly funny and witty Sonic Boom TV show. Mike Pollock (Eggman) is at the top of his game here, able to bring out the incompetent and scary sides of the villain. While individual games tend to go too far in either direction, Colors strikes a nice balance.

It might sound hyperbolic because Colors is one of the better ones to trot out, but I hope this ensures that Sega stops trying to hide its Sonic history. Bring out the Unleashed and Black Knight remasters, even if they’ll need more smoothing than Colors. Sonic has a long and turbulent history, but everyone deserves to see it without tracking down used copies of forgotten games.