There is unrest in the chorus, there is trouble with the keys

Some of the great games in recent history have taken two genres and combined them into one cohesive experience. Henry Hatsworth spliced platforming with puzzle gameplay, Might and Magic: Clash of Heroes combined puzzles with a role-playing game, and Beat Hazard mashed up rhythm and twin-stick shooting. Not only did they take two genres and put them together into one game, but they all did it well.

Rush Bros. attempts something similar by taking a platformer, focusing it on racing, and sprinkling in some rhythm-based game elements to help spice things up. Unfortunately for this dish, the spice is sparse and the resulting experience is far too bland to be engaging. 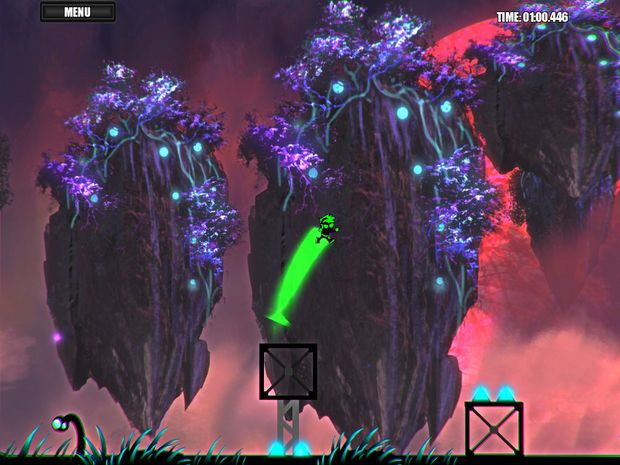 The tragedy of Rush Bros. is that in theory, it could have been a great game. Rhythm-based platforming has been done well in the past, and as an idea could be something really special if executed well. The big problem with Rush Bros. is that it purports a focus on music, but only includes music in the design in a superficial manner.

As one of the titular DJ brothers, the player is tasked with running, jumping, and sliding to the goal as quickly as possible in one of over forty levels. In each of the levels, there are the typical platformer traps around which to navigate; pools of acid and beds of spikes are prevalent. Among the traps, there are a few that react to the music playing, retracting and moving with the beat of the song.

Unfortunately, not only are the rhythm-based traps relatively sparse, but their behavior is erratic and difficult to predict. At times they seem to follow the beat of the song, at others they follow the melody, and yet other times it’s not even clear which portion of the music is governing their movement. What follows are frustrating spike traps that take far too long to overcome for how simple they are.

To further highlight how little thought was actually dedicated to integrating music into the game, the music abruptly stops upon completing a level, dumping the player back into the menu. It’s a little thing, but it presents a conflicted situation where the goal is to finish as quickly as possible, but doing so may cut off a song that deserves to be heard in its entirety. 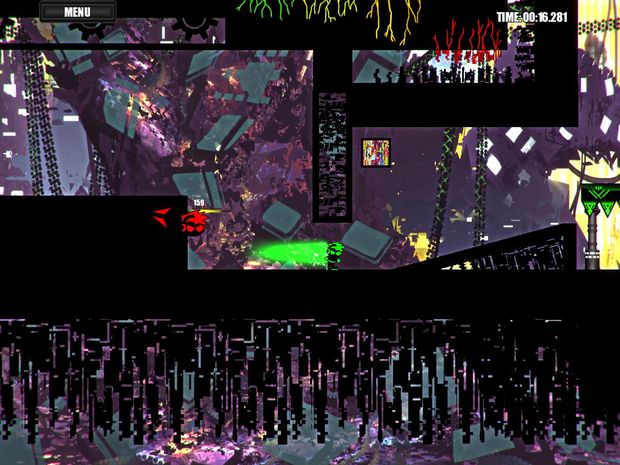 The included music itself is often obnoxious, but Rush Bros. does include the ability to import tracks from a hard drive. While I don’t care for the native soundtrack, it doesn’t matter much, since most of my time spent with it was with my own library.

With only a surface level focus on music, Rush Bros. is just a platformer at its core. This wouldn’t be a big issue, except that it’s not very good at being a platformer either. The levels are too large and the viewpoint too close for a game about racing. Too much time is spent trying to figure out where to go and what to do rather than actually going and doing.

A bit of exploration can turn up a powerup or two, granting temporary speed boosts or double jump abilities. In the heat of a race, it isn’t immediately obvious when the ability has run out, so sometimes death comes after a planned double jump falls short without the second jump. 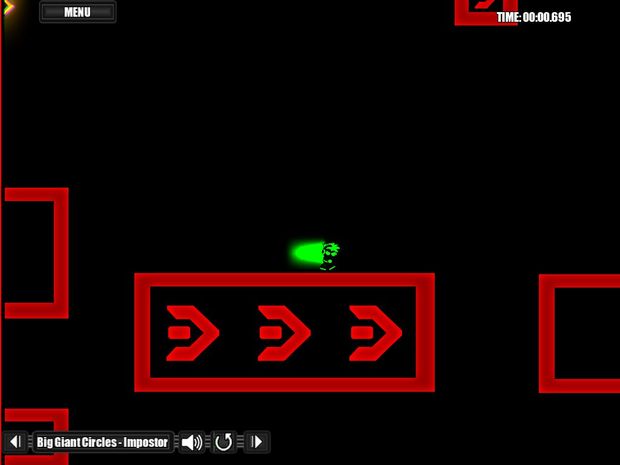 Rush Bros. does a bad job at teaching mechanics and conveying information in general. It wasn’t until a few levels in that I figured out the slide move existed, and it wasn’t until several more that I really understood its value. Similarly, I didn’t know about the charged high jump until I was nearly finished with the game. At no point does it ever tell the player that such a maneuver even exists, let alone how to execute it.

Aesthetically, there is a lot going on. There isn’t a single unifying graphical theme, with some levels looking drastically different than others. This actually works in the game’s favor most of the time, giving players new backgrounds to look at, but it makes for a hit-or-miss situation where some areas are stark and beautiful, but others are boring or even ugly. 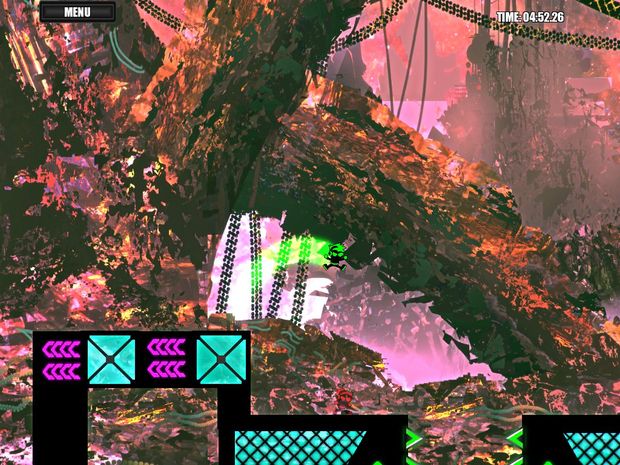 While the single player mode is essentially a set of time trials, Rush Bros. offers both split-screen and online multiplayer. However, with almost no interaction between players aside from being able to see where each other is in the level, it feels more like racing against a prerecorded ghost than racing against somebody.

The only interaction in multiplayer is that the powerups for you are instead power downs for your opponent, applying a small range of extremely annoying effects, like flipping controls or zooming the camera even further in. A lot of the time, racers aren’t on the same screen as one another, so often times the player doesn’t even get to see his opponent fail catastrophically due to the meddling. As the only real way to affect an opponent, it is not particularly satisfying.

Overall, Rush Bros. just isn’t fun. The platforming is bland and uninspired, the multiplayer feels more like simultaneous single player, and the rhythm-based elements are almost an afterthought. Though the idea of a platformer that runs on custom soundtracks is a grand one, the execution here is extremely disappointing.