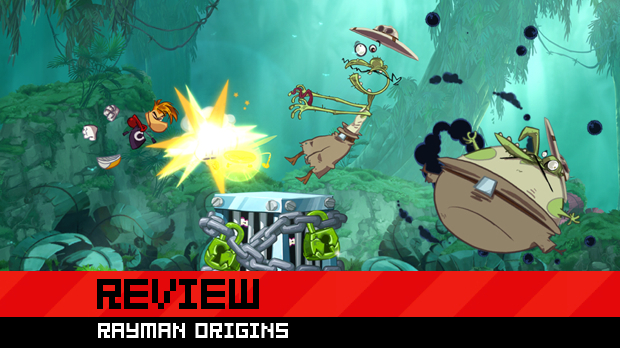 Once again, Rayman Origins is a 2D side-scrolling dream come, except this time it’s on a smaller screen. One of the best and most beautiful games of last year returns on the PlayStation Vita for launch, and I had absolutely no problem playing it one more time for this review. 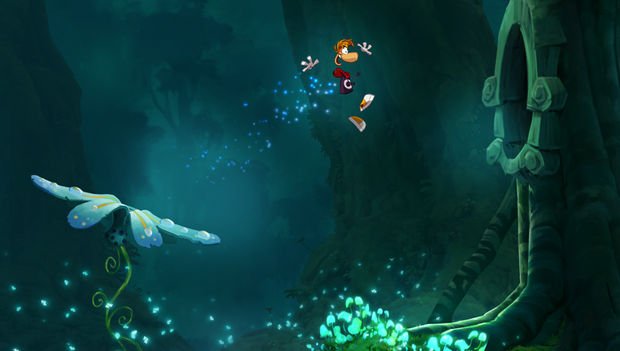 I’ll make this easy on both you and I by stating that outside the absence of the console version’s multiplayer modes, Rayman Origins almost a perfect copy of its bigger brother. All of the high-resolution art, brilliant animation, delicious platforming and varied gameplay from the PS3 and Xbox 360 versions of the game made the transition to the small screen nicely.

It’s a shame that Ubisoft couldn’t work in the ability to slap around cooperatively with three other friends for the Vita version, especially seeing as how many other Vita launch games have managed to include online functions. Multiplayer could have been a key selling point for those that loved playing the console version with friends. Instead, this version gets a Ghost Mode that lets players blast through unlocked levels as speed runs, with the ability to share their best times with friends. It’s a neat feature, but hardly a replacement for what was one of the best features of the original release. 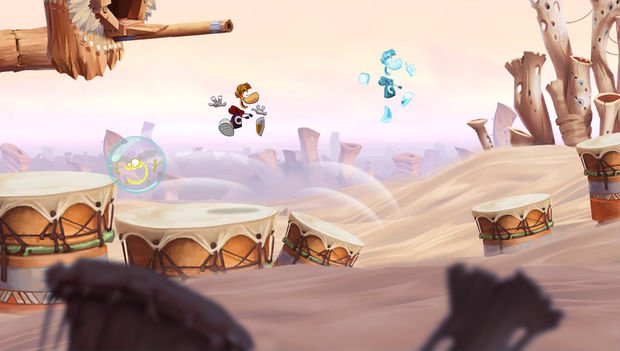 It’s almost unbelievable to see how vivid and colorful Rayman Origins is on the Vita. Even if you’ve seen the game before, you need to see it again on Vita’s OLED screen where its rich imagery seems to pop out at you, and its motion is so smooth that it looks like the most luscious animation ever created is playing between your palms. The level of artistry is so high in this game that it seems criminal to not look every single little morsel of 2D art on every single screen. I think it’s safe to say that you’ve never seen anything like this on a portable game system.

If you want a better look, the Vita-only zoom feature comes in handy. Opening pinched fingers on the touchscreen pulls the camera in closer on Rayman and/or his friends, giving you a better look at the sometimes too zoomed out action. There are times when your character is a bit too small in a level, even on the Vita’s large screen, so this feature helps make up for that. The pinch-zooming is also quite useful for enjoying this game’s lavish artwork. Just make sure you’ve cleared out any enemies before you start appreciating the scenery. 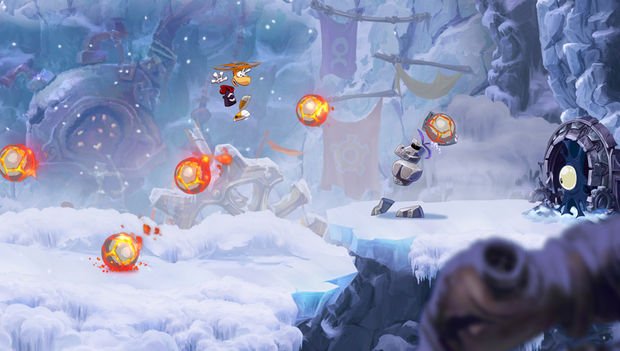 Rayman Origins plays as good as it looks. Brilliant platforming design takes you from standard jumping and baddie squashing in the beginning to polished, magnificently balanced, and sometimes downright challenging gameplay closer to the end. Before you know it you’re a platforming master, making wall jumps, slides, butt stomps and air glides like a pro. All of the learned abilities can later be folded back into earlier levels, giving the game some measure of replayability. This game’s varied gameplay types, which include swimming, fighting and even shoot-’em-up stages, are as fun as ever. 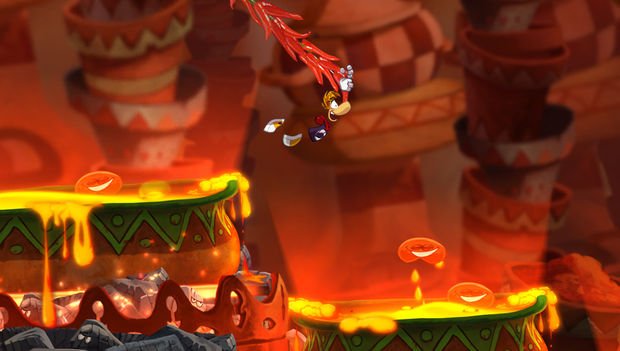 The good news here is that it all plays beautifully using the Vita’s top-notch d-pad and face buttons. In fact, I’ve enjoyed it more this time around as the d-pad seems to bring me closer to the action. When the action ramps up to its most challenging (and oh boy, does it ever) you only have your lack of focus and skill to blame, as the controls for the Vita version of this game are spot-on.

It’s a shame about the lack of multiplayer, but Rayman Origins is still 2D platforming at this console generation’s finest. This is a huge, deep, challenging, artfully crafted masterpiece that is now portable, which opens the door for even more gamers to get lost in its goofy and delightful world. If you’ve somehow missed Rayman Origins in last year’s crowded holiday release season, and you plan on getting a PlayStation Vita, make sure you include this in your launch day purchases. This game is too lovely to be missed.