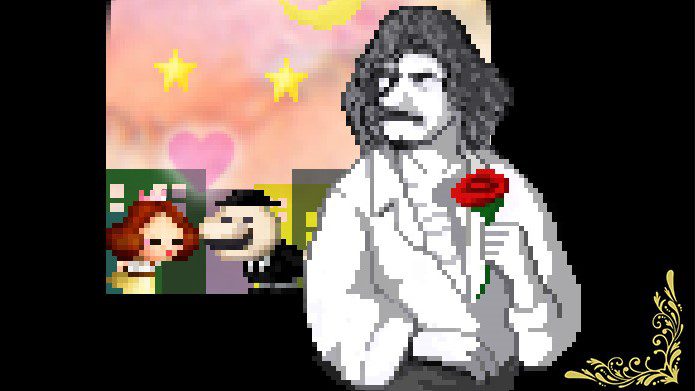 I have a fascination with Yoshiro Kimura. I’ve frequently trumpeted my love of Chulip on this site, and I was privileged enough to review Moon with CJ Andriessen over a year ago. The thing is; I’m not always in love with Yoshiro Kimura’s games, but they scratch a very particular itch I have. Whenever someone asks me “what kinds of games do you play?” my answer is to turn my nose up and say, “games that I haven’t played before.” Onion Games makes those. Good, mediocre, or bad, they’re something I’ve never experienced.

Mon Amour doesn’t fall far from that tree. If you asked me to describe it, I’d say it’s Chulip mixed with Flappy Bird. It’s easily the most insubstantial game I’ve played from Onion Games — I had it completed within a few hours of starting it — but I certainly don’t mean that as damnation. 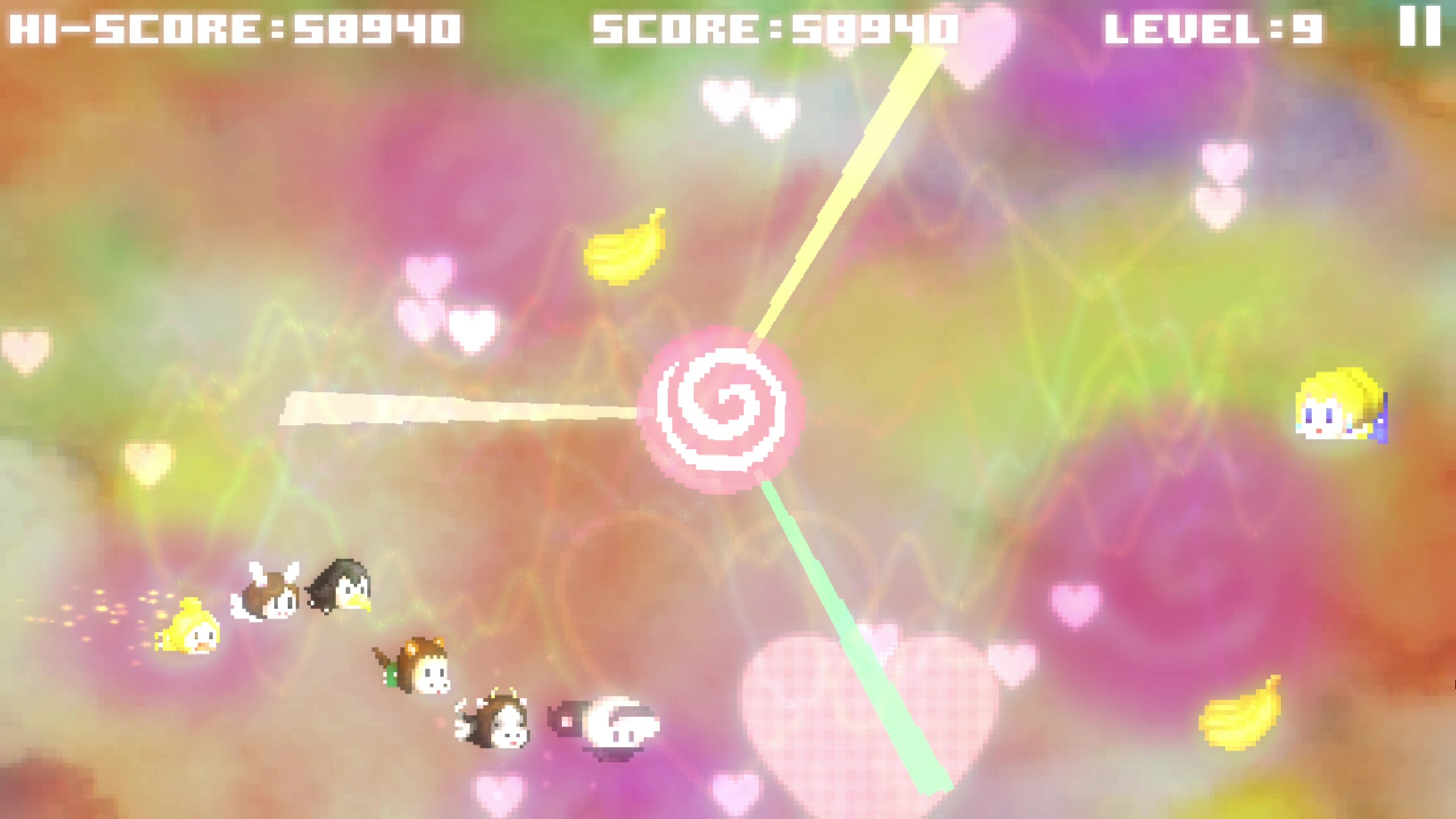 As the story goes, you’re some dude whose wedding is crashed by witches. The bride-to-be is turned into a mouse and whisked away with the rest of the wedding guests. Your job is to rescue all the guests by giving them a smooch. But will your rampantly promiscuous approach to hostage negotiation throw a wrench in the gears of your would-be marriage?

Don’t think about that now… Oops, you’re dead. You have to press a button to flap. You didn’t press it. You’re dead.

The goal of Mon Amour is easy to convey. You have to get your dapper gentleman across the screen and smash into the lady(?) on the other side. It’s dead simple! However, if you want to climb the leaderboards and rescue the princess, you’re going to need to learn the little facets. 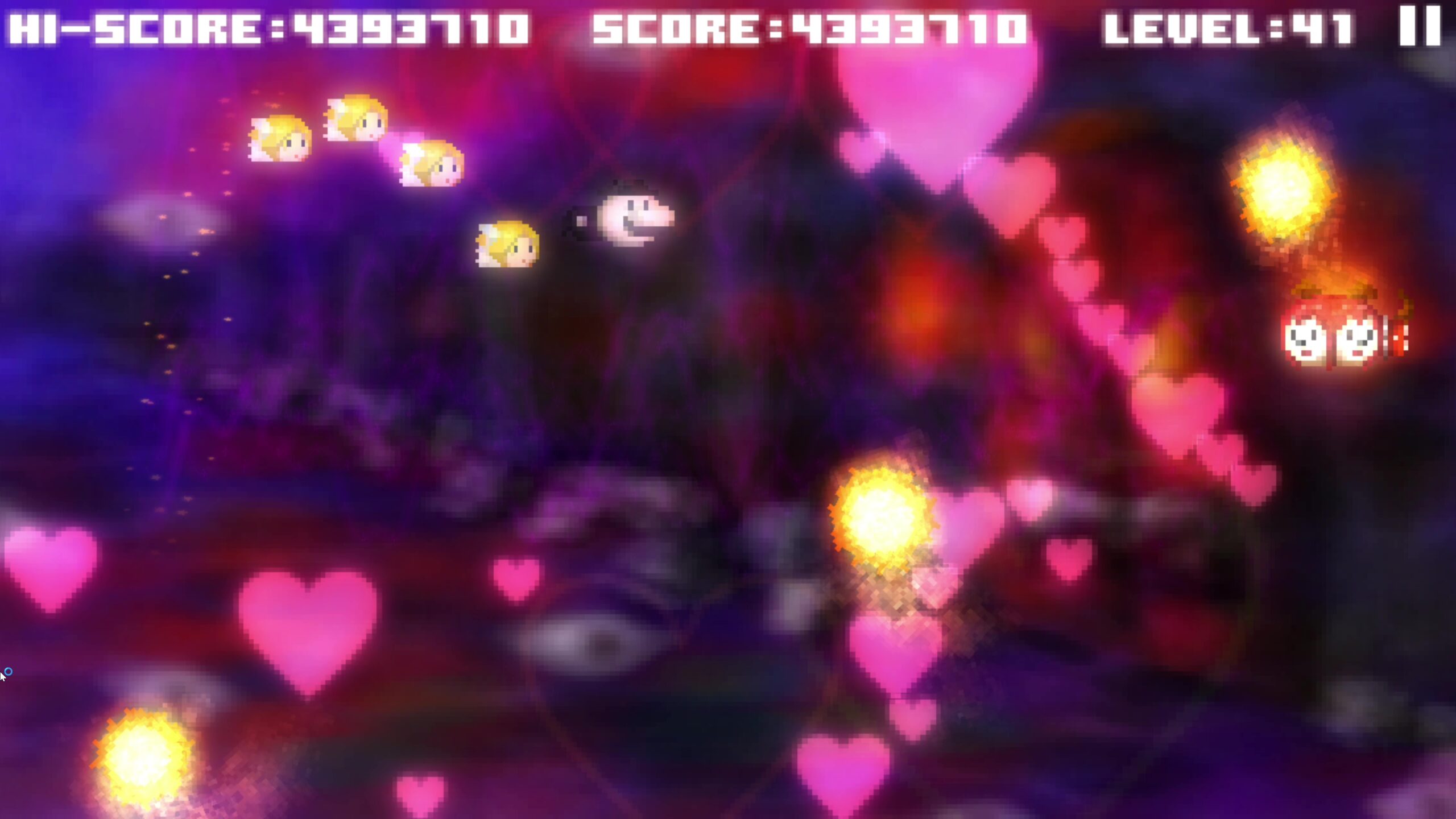 For starters, don’t touch the buildings. The city begins to encroach from the top and bottom of the screen, and they’re the main obstacles in your quest to chap some lips. You can keep them at bay with explosive fruit and hearts that are spewed out whenever you perform mouth-to-mouth.

The fruit is pretty self-explanatory. The different varieties have different magnitudes of blast waves, but the muskmelon gives you a shield. Don’t just pick them up willy-nilly, you may need them in emergencies, like in the final level of each section where you face a random obstacle.

The hearts, on the other hand, need cultivation. Love, if you will. When two of them press together, they grow into a larger heart. Once they get big enough, they’ll explode when you touch them, again helping you clear the way of obstacles. The big ones also give you more points, while the small ones aren’t even worth picking up. Learning to direct where your momentary lover spurts out their hearts can help you rack up lots of points and demolish the landscape. 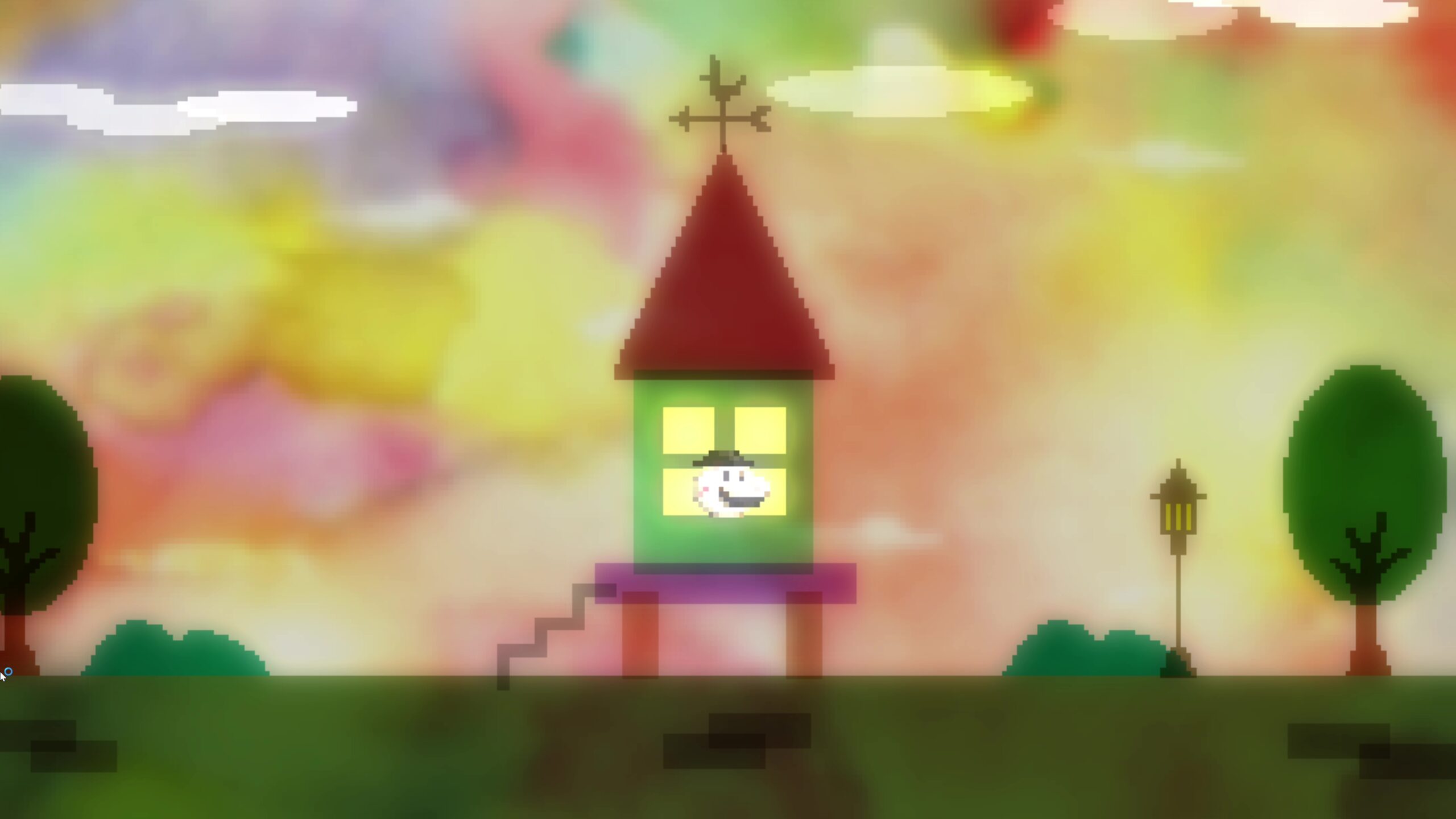 The end goal of Mon Amour is to find and kiss all the characters and then finish the 50th level. This can be a bit vexing since some of the characters show up randomly. Thankfully, you don’t have to play the entire game repeatedly to get another shot at these lip targets. You can select a hapless kiss victim from a bestiary of them, then start from that level.

Liberated libertines count as health, so taking a knock will deduct one from your kissing conga line. Losing a lover drops your post-level bonus, and moreover, they don’t get counted towards the 64 needed to complete the game. You absolutely have to get everyone to safety to get their heads counted, which can be a tall order. 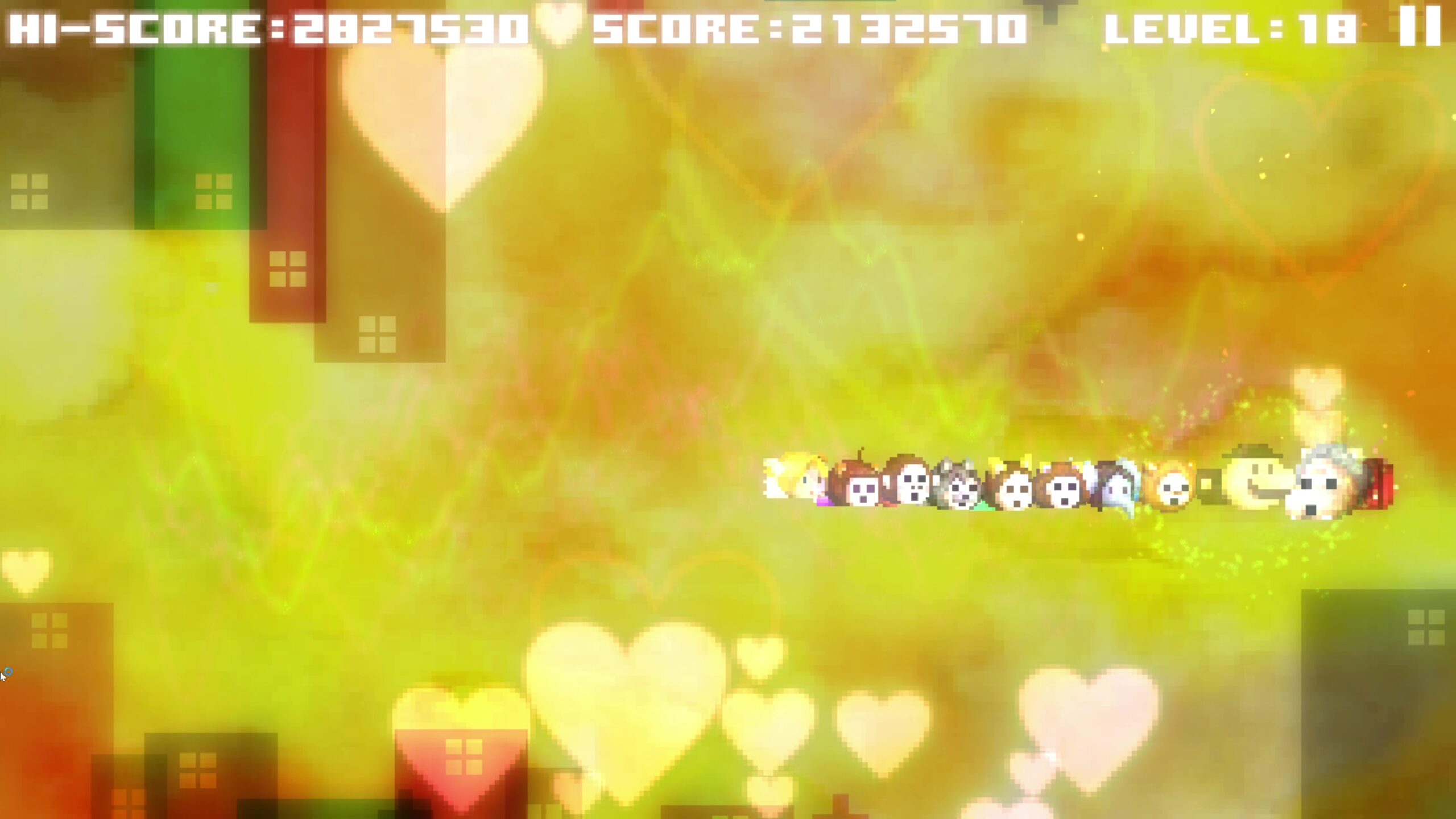 That’s the lot of it. As I said, Mon Amour is a simple game. It’s a single-button title that requires a lot of repetition to get the more niche mechanics down. That’s fine if the right spin is put on things, but Mon Amour doesn’t seem to carry Onion Games’ usual love for going off-script.

A lot of my disappointment doesn’t stem from the fact that there’s very little gameplay depth. That’s fine. Dandy Dungeon was pretty basic when you boiled it down, but it sucked me in and kept me hooked for hours. Plus, it was well-written and constantly surprising. Mon Amour is not like that. It’s a simple game, and while the typical Onion Games personality isn’t completely absent, there’s no opportunity to shine.

The simple gameplay had deceived me into thinking that there was going to be some sort of twist somewhere. It never happened. Maybe that’s a fault in my expectations, but it makes it difficult to defend the game. 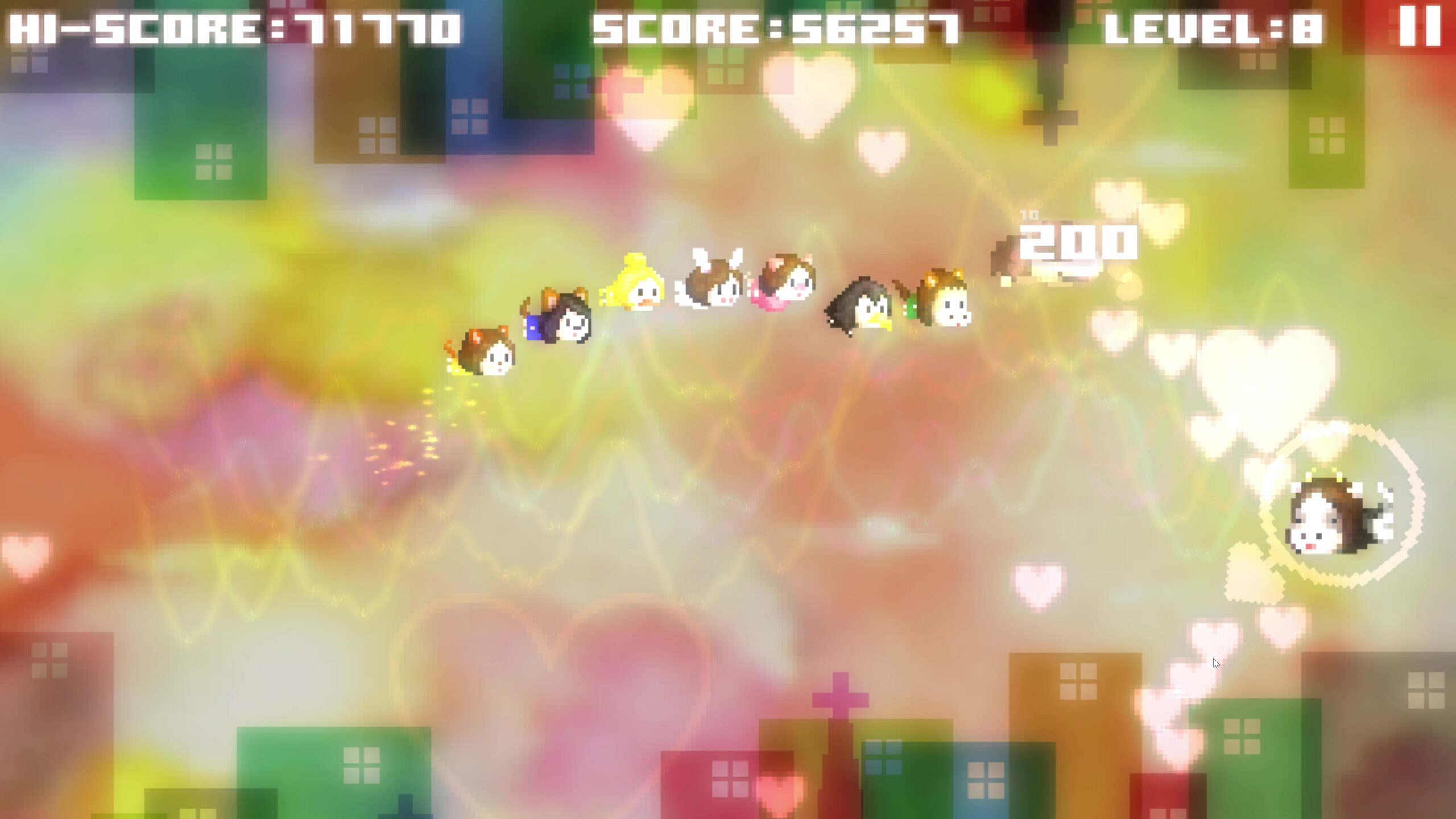 I don’t regret playing Mon Amour. I feel obligated to continue the complete Yoshiro Kimura discography, and I can’t have a gap in it. It has the bizarre aesthetic and quirky soundtrack I’ve come to expect, I just don’t think it’s required reading. It can, however, teach us about love itself. It’s rather brief. It will likely get you killed. You should seek quantity over quality.

Mon Amour, as seen on the box, is fine. It even has that sometimes annoying “one more turn” addictiveness. That doesn’t last long, and beneath that, there’s nothing to sink your teeth into. It’s the Taco Bell of Onion Games. It’s tastes like food, it’s inoffensive, but once you dig in, you won’t find any real meat.