Leading 3-2 in the bottom of the ninth at AT&T Park with the heart of the order coming up, the division rival Padres brought out their new closer, Houston Street, to wrap up their victory. Street’s idiosyncratic windup and delivery made short order of the leadoff man, leaving an off-balance hitter flailing at a ball in the dirt. The Padres had the upper hand, but a one-out triple breathed some life into the crowd and gave them hope that the game would at least go into extra innings. Unfortunately, the next batter lined out hard and almost ended up doubling up the runner at third, and momentum swung back in the Padres’ favor. Pablo Sandoval struck out to end the game, as Matt Cain absorbed the loss in another well-pitched game due to a floundering offense.

Sony San Diego’s lauded MLB The Show franchise receives praise for having managed to capture baseball and its intricacies so acutely, and little is lost in the portable version of the franchise. The result is a content-heavy, dynamic, and authentic game suitable for both the casual baseball fan and the most obsessed. While I’ve played and appreciated The Show over the years as it’s carved out a place as one of the premier sports game franchises, I haven’t properly owned a baseball game since Triple Play 2001. After sinking deeply into The Show 12, however, I may just become a yearly adopter. 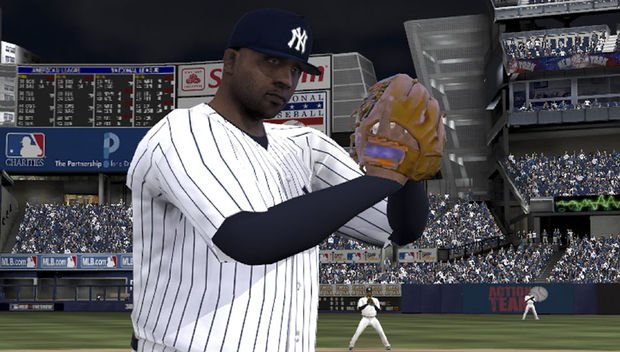 The Show for Vita is a slightly-pared-down version of the PS3 game, which is impressive in and of itself. The first time I loaded up into the Giants’ AT&T Park I was blown away by the attention to detail and visual fidelity — it was like being at a game. Players still look like their real-life counterparts, the in-game ballparks are practically facsimiles of the earthly locales, and everything looks generally impressive on the Vita’s resplendent screen. Except maybe for the ballpark patrons, who look like terrifying, emaciated skeleton people on the occasional instance when the camera zooms in on the stands.

Sony SD did remove a lot of the broadcast-like camera cuts from the Vita game, but that also works to provide more streamlined ballgames suitable for a portable experience. The commentary is sporadically insightful, but mostly trite and, a bit too frequently, puzzlingly incorrect. Is good commentary is even going to be a thing we see in sports games? The rest of the sound work is top-notch, however. The raucous crowd noise, zealous umpire calls, and the delicious crack of a ball ripped off the barrel of a bat sell the baseball atmosphere. At one point after a game at AT&T Park, I even heard the stadium PA announcing the BART schedule (the rapid transit system of the San Francisco Bay Area). That’s attention to detail. 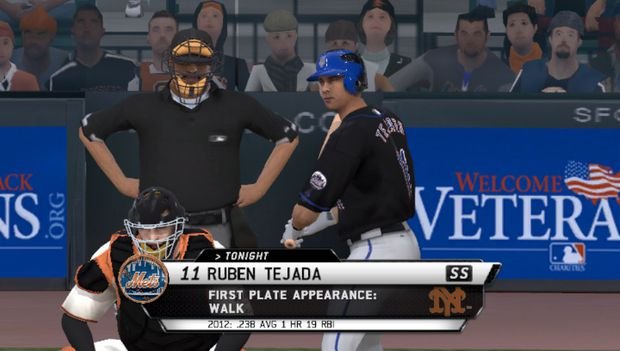 In addition to stripping away the occasional feature, there have been additions that take advantage of the Vita’s capabilities. Pitches can be surgically placed with the touch screen, which actually proves an easier method than the sensitive left analog stick, while the back touchpad can be used to steal bases or pick off baserunners. All of the front-end menus can be operated with the touch screen as well, and I often found it more convenient than meandering through menus with the buttons.

Otherwise, the game plays largely like its console counterpart. The new ball physics add an organic and realistic flair to games, lending excitement to corralling seemingly standard grounders or to balls that head toward and occasionally wildly careen off the first- or third-base bags. The amount of unique player animations is also rather staggering. I get a pang of pure glee seeing Pablo Sandoval dip low and right when delivering a barehand sidearm throw to first on a routine chopper, or watching Brian Wilson hang his arm on 99 mph high heat. The strange, idiosyncratic movements of ballplayers are captured keenly.

The new Pulse Pitching mechanic adds a pulsating circle around where you’ve placed your pitch marker, and requires you to press X when the circle is at its smallest for the most accurate pitch. The system works well to keep every pitch engaging, and you only have yourself to blame if you don’t deliver an accurate strike. 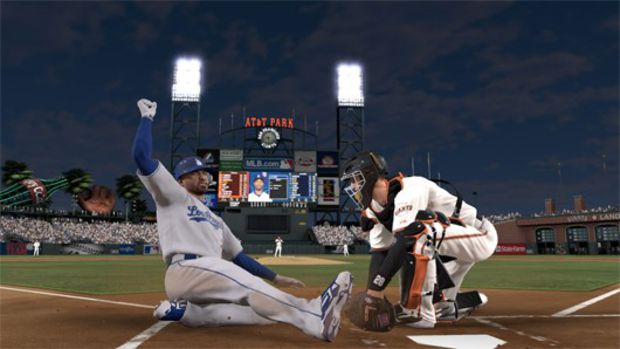 Also new is the optional Zone Plus Analog batting. Last year, Sony SD introduced analog hitting, which requires you to pull back on the right stick to begin your stride (preferably right when the pitcher releases the ball) and then push forward to make contact with the ball. Zone Plus Analog takes that one step further, insisting you place your bat with the left stick in concert with your swing. It’s an incredibly challenging system that takes some time to get used to (especially with the sensitive left stick), but it’s rewarding, and adept players can use it to hit more strategically, taking advantage of all the parts of the field. While I mostly defaulted to the old-school timing system, which simply requires a well-timed button press for swinging, the level of control afforded by both the other modes is welcomed and surprisingly organic.

Baseball is a complex game. Anyone who knows the sport knows that. That complexity lends itself to staggeringly varied gameplay. There are 30 different teams and 30 different parks to play in. Inherently, there is always something different at play, whether you’re batting and facing a pitcher for the first time or pitching and facing a certain batter for the first time, or pitching in a new park (have fun dealing with the winds of AT&T Park for the first time when you take pop-ups; it’s no Candlestick, but still). You can literally play through hundreds of games and still find new dynamics in the next game or even simply in the next at-bat.

When you’re in a game, The Show is as consuming, intricate, exciting, and possibly heart-breaking as a game of baseball, though I did hone in on a few small kinks over the course of many, many games played. Balls that would be just foul in the outfield occasionally hit some invisible wall and sort of ricocheted back just fair; hits up the middle bounce off the pitcher’s plant leg a bit too often; and sometimes pitchers will hold onto a fielded ball and stand there vacantly for several seconds, allowing a hitter to safely reach first on what should’ve been a routine out. And that’s about it; otherwise, the gameplay is stellar. 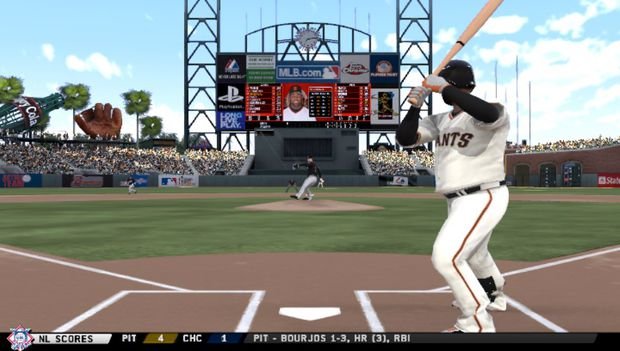 Outside of games, The Show might have an issue or two to work out. The PS3’s new Diamond Dynasty mode, which Samit Sarkar discussed extensively in his review of the PS3 version, is absent on the Vita, and there has been some criticism levied on the franchise for failing to do more with the existent game modes, but none of that bothered me. I like baseball, and The Show delivers on that almost perfectly. Sony SD’s problematic online play is still an issue, though, which is something of a shame. Just getting into an online game can take a while. While I was able to adjust to the weird visual anomalies that are used to accommodate lag and player input (as perfect timing is rather important when you’re trying to hit a ball careening towards you at upwards of 90 miles per hour), there’s no guarantee you’ll be able to make it all the way through. I lost my connection rather late into some good games, which is disheartening.

While anyone can play and enjoy The Show, particularly because of the fine level of control afforded by custom difficulty settings, those who appreciate the acute intricacies of baseball are bound to be left giddy by the attention to detail and level of depth provided. I just love playing it, whether I’m relaxing at home or riding on BART. It has an inherent addictive quality separate from, or perhaps parallel to, my love for baseball, while capturing the sport beautifully.