Maybe we shouldn’t take this back

Omega is the second of the “post-Extended Cut” bits of single-player DLC for Mass Effect 3. The series and the community that has been built up around it have been taken on a wild ride over the past several months. There’s been a lot of exciting bits and a few disappointments.

Unfortunately, Omega can take its place among the latter. 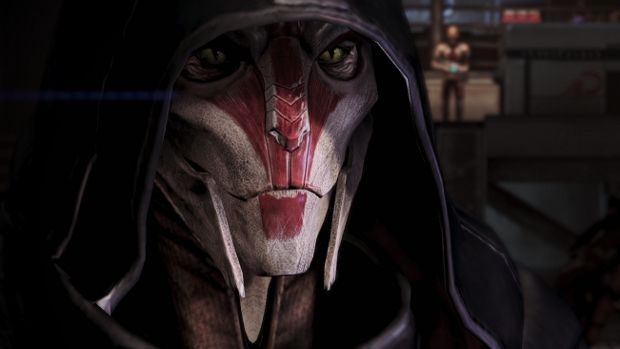 Regardless of how you feel about the Mass Effect 3 ending or anything that’s happened since, it’s hard not to acknowledge the incredibly vocal fan base that the series has picked up over the past few years and the apparently very dedicated development team that does its best to keep active lines of communication going between the two.

It really is a fascinating dynamic that doesn’t have a parallel. As a member of that rabid fan base, Omega puts me in an uncomfortable position. It would be easy of me to say “If you liked ME3, then you’ll like this because it’s more of the same” and just walk away. But, I don’t really think that’s fair.

Omega is like bacon — its biggest weakness is trying to enjoy it by itself. It needs to be a part of larger whole that helps highlight the delicious smoky flavor and reduce that feeling of fatty grossness.

See, Mass Effect is a series that distinguishes itself through narrative and character development. Its combat, while competent, was never spectacular. The meat and potatoes is the subtle ways in which all of the characters interact, being able to take squad mates with you to interesting locales, hear their input, and watch how they interacted with other members of your crew and the people around you. These small touches give the characters believability and relatability that they otherwise wouldn’t have.

Everything within the Mass Effect universe is iterative. To fully appreciate Mass Effect 3, you need to have played Mass Effect 2 and the same could be said for ME2 and ME1. Those of you who played Mass Effect and then completed ME2 and its expansion, Lair of the Shadow Broker, will understand exactly what I mean. Without the previous experience with the Shadow Broker as a mysterious entity, and without the experience of having Liara T’soni with you, the entire plot of LotSB would lose some of its meaning. The other two bits of DLC with Kasumi and Zaeed fall short specifically because they haven’t been established. That’s Omega’s failing.

The DLC opens with Aria T’loak, something of a president of the lawless, asking Commander Shepard to help retake the city-asteroid Omega from a rogue militant faction called Cerberus. If any of this is more than a refresher bit for you, then you probably shouldn’t be reading this and might want to consider turning back.

Aria is a somewhat established character (more so if you’ve read the books), but she never accompanied Shepard, never got the steady development that your other squad mates have. Add to that the fact Aria’s completely unlikable and this leads to a relatively bland narrative arc.

Unfortunately, the gameplay itself can’t be said to be too much better. To be fair, I’m coming into Omega after spending entirely too much time sipping the metaphorical kool-aid of the annual, autumnal wave of vapid-though-polished modern shooters. I feel that has colored my expectations a bit more than I’d otherwise like to admit. 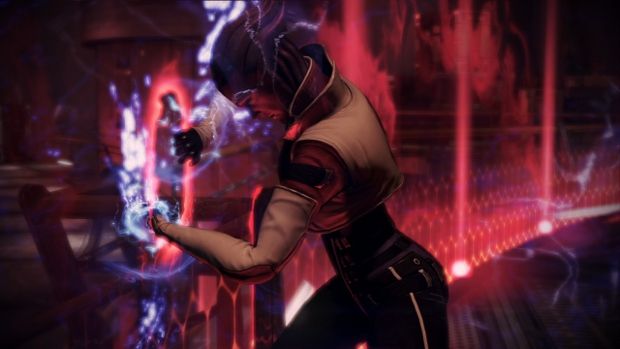 Back in March, when ME3 was the only shooter-esque thing vying for my attention, I didn’t really have any recent action-heavy titles to compare it to. It was an improvement upon its predecessor and that was, at the time, all I needed. Now, I worry that the controls aren’t as precise and tight as they could be, and that maybe, the only really innovative part of Mass Effect 3’s action sequences are the various powers available to Shepard and her squad mates.

For those that aren’t at all bothered by the slightly mediocre gunplay, there are a few new enemies that are fun twists on creatures with which we are already familiar. It’s enough to keep the feeling that we’ve seen it all before at bay, but not much more.

Coming away from Omega, I see so much missed potential. For me, the city was easily one of the most interesting locales explored in the series. It represented a loose, but functional collection of the galaxy’s lost and lawless — y’know, the kind of people that make life fun. There’s also brief, half-baked drama between Aria and an old friend of hers that will be almost completely lost on anyone who hasn’t kept up with the Mass Effect books. Given that it’s the single best reason to grab the expansion, I can’t honestly recommend Omega to anyone but the most hardcore of the Mass Effect fan base.