Physics-based puzzle games have become more popular recently, thanks in no small part to the growing popularity of mobile gaming. While many of those games are clever, entertaining, and a grand way to kill time, they don’t always translate well to consoles. Marbians attempts to make that jump, moving from the Android, iOS, and Mac platforms to the PlayStation Network as a Mini.

As of my writing this, Marbians is only available for European PSN users. While a US release has been promised for later this fall, there is no specific date. 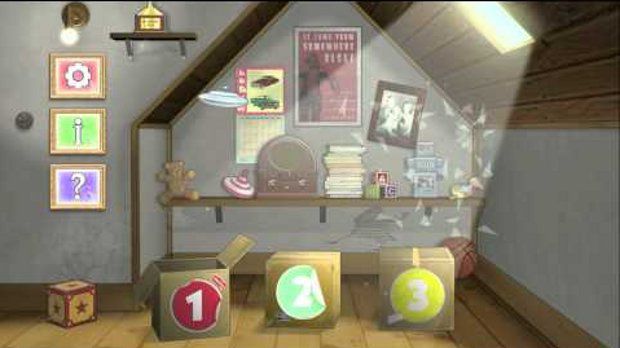 The premise of Marbians is that cute little bug-eyed martians have crash-landed in 1940’s Roswell, New Mexico and the only way for them to get back home is by you solving puzzles. There are three boxes (levels), each with individual puzzles that, once beaten, are open for you to replay. The first box, which is open automatically, contains 22 puzzles, and within each puzzle are three moonrocks to collect. The second and third boxes can only be opened once a certain number of moonrocks have been obtained.

The controls are simple, but not terribly cooperative. All you really need to know is how to aim, stop, and switch between marbians, but nobody bothered to add a way to reverse directional control. This might not sound like a big deal, but it can lead to some serious frustration while trying to line up a shot and, occasionally, a puzzle that you need to redo.

Besides directional confusion, the controls are just downright unresponsive at times and are more of a hindrance than a boon. Of everything in this game, the controls suffer the worst and are the weakest link for the title. 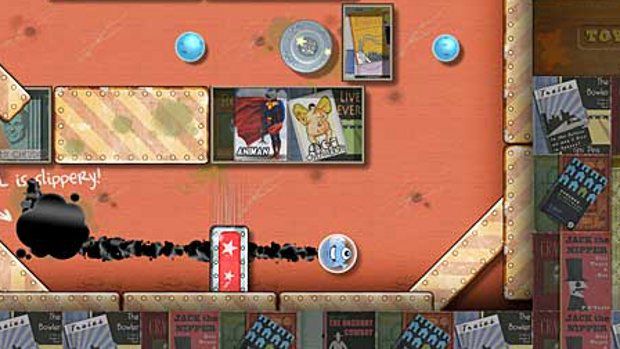 The puzzles themselves are, for the most part, clever and each box maintains a different theme to add variety. As I went further into the game, new elements were added to keep things fresh. My only complaint with the puzzles was that the difficulty seemed fairly arbitrary. I could go through eight or nine without batting an eyelash and then run into one that was incredibly hard and required blind luck more than skill to solve.

For instance, the first box introduces basic gameplay and the initial few puzzles are used as a way to become familiar with the style of play. I was doing well, and was expecting the difficulty to gradually increase, until I got to the ninth puzzle, which I spent an unreasonable amount of time on. I eventually got to the point where I was not trying to line up shots or determine the best route, I was just flicking my controller in a direction and hoping to move on. I can not even tell you how I ultimately beat that puzzle; I just got lucky.

Overall, however, the puzzles are not terribly difficult to beat if you take a moment to examine what you have to work with. The real challenge becomes collecting moonrocks, since you will need a certain number (as previously mentioned) to continue. If you don’t collect enough the first time through, expect to repeat a few puzzles until you’ve collected enough to move on. Or, if you are a completionist, until you have collected all three from each puzzle.

The music, graphics, and style of Marbians are all fun and have a very strong ’40s vibe which adds a unique flair and sets it apart from similar titles in the genre. Each puzzle is laid out using items decorated for the period with tunes to match. While I may not have loved every puzzle, I enjoyed the settings and backgrounds they were presented with. 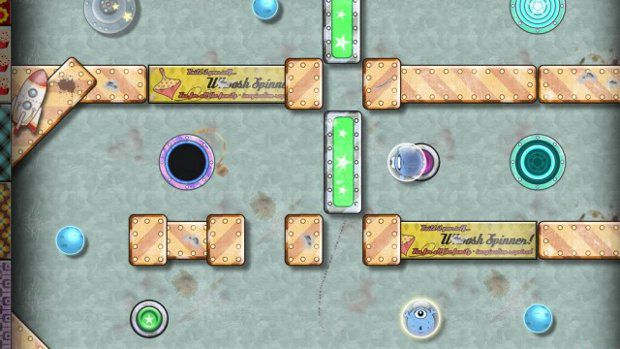 All in all, Marbians is a nice little game, with good aesthetic quality and entertaining puzzles. Although there isn’t much meat to it, there is enough to keep you busy for a few days (unless you blow right through it). That said, for the price, it would have been nice to see a bit more content.

I also would have liked more attention to the platform they released the game on. It feels as though they took something that worked on mobile platforms and threw it onto another platform. They added controller functionality because they had to, but it doesn’t feel as though any real thought was put into the implementation.

While the original versions of the game might be great, it would have been nice if a little more attention was given to this new version. Instead it feels as though the bare minimum was done to meet requirements, and while that doesn’t detract anything serious from the puzzling aspect, it does leave me feeling as if they just don’t care all that much, regardless of actual reasons.

I can’t help but wonder if it would just be better to buy it on a mobile device and save a few dollars. This was a fun diversion, but it may have done a better job as a mobile, touch-based game.