Faceless games like Lilt Line have a tough time getting attention. Like I said to Ashley Davis when we played the game together at PAX 2010, without a main character to identify with, these purely abstract titles have a tough time making an impression on the gaming populace. Same goes for the recently released Fluidity, and one of my favorite games ever; Bit.Trip BEAT. There is a reason why Bit.Trip RUNNER is thus far the best selling game in the Bit.Trip series. People like cute little characters more than they like lines and squares. It’s just how we’re wired.

Another thing we’re wired for is the appreciation of fine music, and that’s something that Lilt Line has in the spades. Screenshots do not do the game justice, and neither do words. You really need to hear it to understand what makes the game worth playing.

Hit the link below for a sample of the game’s soundtrack. Listen along as you read the full review. 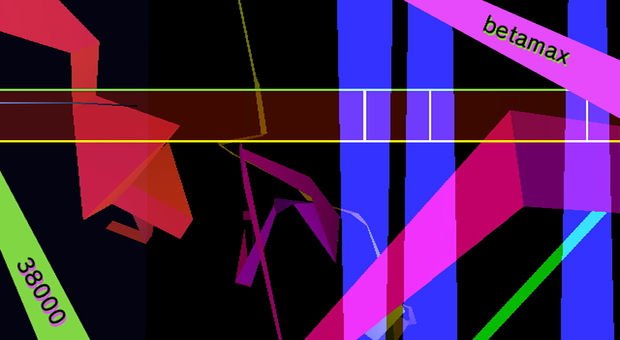 Listen to voicemails and prank calls at Audioo.

Lilt Line is a rhythm action game published by Gaijin Games, the studio best known for creating the Bit.Trip series. It’s not surprising then that Lilt Line is the only modern game that I know of that’s more minimal, and more music driven, than the Bit.Trip games.

Lilt Line plays a little bit like a cross between Bit.Trip BEAT and Guitar Hero. You tilt the controller to change the path of your line, dodging obstacles that correspond to pitch-shifts in the music. You hit the button on beat as your line passes through various barriers. Bump into a wall or miss a beat, and you lose points. Lose all your points, and it’s game over. All these actions work in perfect unison to the game’s score. Playing the game feels like playing a musical instrument that was made by aliens. The otherworldly soundtrack only works to accentuate that feeling. 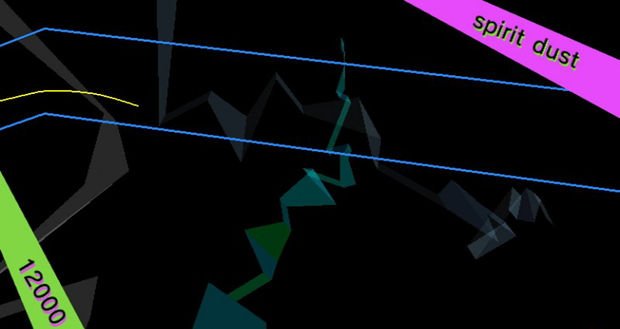 The music is really the star here. It’s all composed by dubstep artists 16 bit (who our own Jon Carnage had the chance to interview a while back). If there is one thing you will remember about this game, it’s the music. I still have several of the game’s songs stuck in my head.

The visuals are also surprisingly effective. Like I said in the intro, the game’s graphics are extremely minimal. Despite being simple, they are still quite evocative. The abstract shapes that pop and sizzle on screen every time you hit a beat work wonders at subtly crisping your brain into a well-done dubstep steak. I’ve played the game on a big screen, to a small crowd. They didn’t want me to stop playing. Those who weren’t dancing to the music were transfixed on the screen and its surprising compelling images. 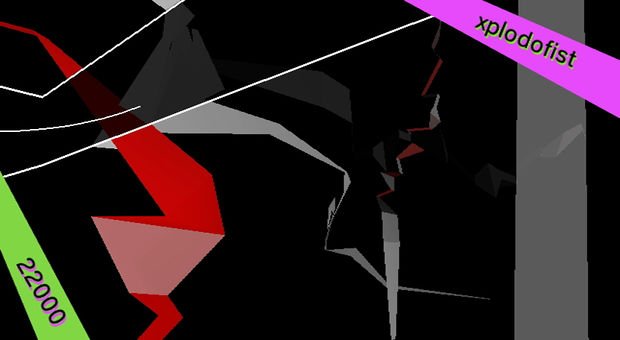 The game’s 15 levels are more than worth the $5 asking price, but it has to be said that the game lacks a lot of the aspects that gamers have come to take for granted over the years. There is no story, no bosses, no alteration in gameplay (you’re always moving from left to right), and not even a “Congratulations” after you beat the last level. I guess it goes without saying that there are no leader boards or competitive modes. It’s a totally barebones package.

As long as you go into Lilt Line expecting nothing more than a CD’s worth of awesome songs and a trippy, intuitive, rhythm action experience, then you wont be disappointed. I’d love to see a sequel to this game that’s fully fleshed out, with more elaborate levels, multi-player mode, boss fights, and other trappings of the modern videogame. Until that time, we has Lilt Line as it is, in all it’s simple, abstract glory.