I’m knot joking, it’s as solid as an oak

Last year, an unassuming game came to iOS in the form of Jack Lumber. At first glance, it seemed to be a clone of Fruit Ninja, but upon careful inspection, it was actually a much, much deeper experience.

Developer Owlchemy Labs have demonstrated that they can create an interesting, captivating world on top of a solid gameplay foundation, and best of all — an obscene over-the-top love for puns. 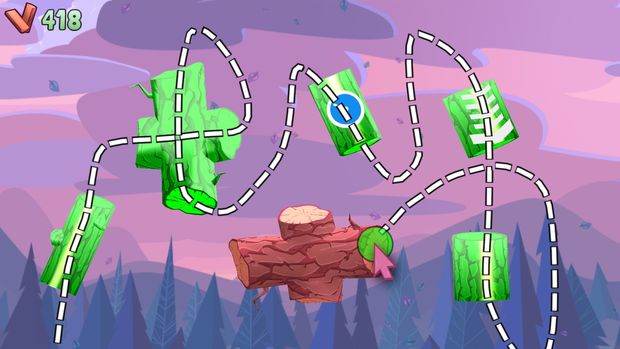 Jack Lumber is a fairly level-headed guy — that is, when evil trees aren’t murdering his Granny. Out for revenge, the magical Jack awakens his lumberjack time-freezing powers, and vows to kill every last tree. It’s a silly setup, and it’s one you’ll be able to pick up and play in seconds, as the game is easily controlled by way of your mouse — as logs fly up on the screen, you just click to freeze time, and trace a line through the ends of each log to cut them for points.

At a base level, that’s essentially it. But the key concept here is that you choose when to freeze the action, kind of like a bullet-time button in Max Payne. Not only is your slicing ability called into question, but in later levels, actually choosing when to freeze time can be a major factor as well.

Then you’re introduced to one way logs, which force you to cut a certain way to clear them. Or the maple syrups, which have to be cut dead last after you’ve dispatched all of the wood. Or even further, the concept of a log that splits into three when you hold your cursor near it, or the explosive barrel, and so on. Now imagine a new concept introduced every few levels, and imagine them all mixing together in some stages.

As you progress through the game you’ll begin to see patterns — like mazes — appear. If you “straight cut” (essentially zipping your mouse through multiple pieces) a certain area, you’ll find an easier route to the next set of pieces before time runs out, which will earn you more points. You can also earn more points by quickly cutting through logs and earning combos for not breaking sequence. It’s an intriguing prospect, and one that doesn’t really let up through the entire length of the game. Jack Lumber is as casual or as hardcore as you want it to be, which is perfect for pretty much any puzzle fan.

The mobile staple “challenges” (called Errands) are also intact, which task you with completing three distinct tasks over the course of your adventure, cycling in and out as you finish them. Errands consist of typical fare like “slice three straight-cuts,” or “get an eight log combo.” It’s a minor annoyance, but these challenges don’t show up in the pause screen when playing, which makes it tough to figure out what you need to do if you were so inclined to grab a quick reminder.

So what’s the actual point of the game? Well, you’ll trek through each stage as you progress through the outlandish narrative, meet new characters, attempt to earn a three star rating, and … rescue animals? Yep, at the very end of every stage, you have to avoid cutting up a cute woodland critter — if you succeed, you’ll take them home with you. 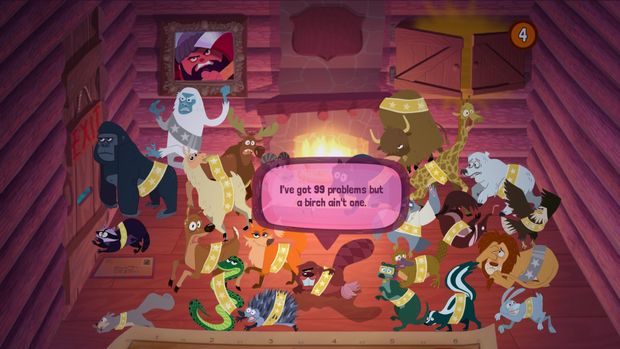 As you start to fill your cabin with creatures, you’ll see more and more puns fill the room compliments of the wily Beaver — perhaps more puns than most could ever hope to handle in a lifetime. Thankfully, I happen to pine for puns myself — it’s just something to be aware of, if you’re not a fan of overly silly tones.

Completing levels will earn you wood, which is like Jack Lumber‘s currency. Unlike the iOS version, there’s no microtransactions system to speak of, so there’s no fear of a curbed economy or pay-walling. The same items from the iOS version are on offer, some of which are one-use items, most of which are cosmetic (everybody loves hats!), barring a few “beards” that grant some pretty tame special abilities. I really wish the developers used this opportunity to expand the store, perhaps with a few new stages or modes, as it would have gave more prior users a chance to double-dip.

Nevertheless, for a budget priced game there’s tons of content on offer here, with online leaderboards, the ability to earn three stars on every stage, and the entire shop to peruse. You’ll also have the opportunity to tackle Infinitrees if you’ve saturated every ranking, which are basically infinite challenges. 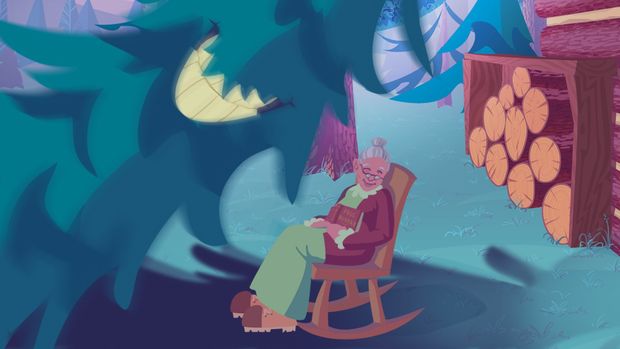 All in all, Jack Lumber is pretty straight-forward with what it’s offering you. While it could have stood to include a bit more content with the PC re-release and a few enhanced tweaks, it’s still an incredibly fun time-waster that happens to challenge you from time to time. You’ll cut wood, you’ll freeze time, repeat, and somehow it remains compelling.

So what are yew waiting for? Branch out, and give this charming puzzle game a try. Yule won’t be sorry.