Try not to strike out. No, wait…

I love bowling. It would probably be my sport of choice if that wasn’t already breaking hearts. Well, damn! It looks like Serenity Forge figured out a way to combine my two favorite not-on-the-couch pastimes into one video game. I’d say that Date Night Bowling is right up my alley, but then I’d hate myself! 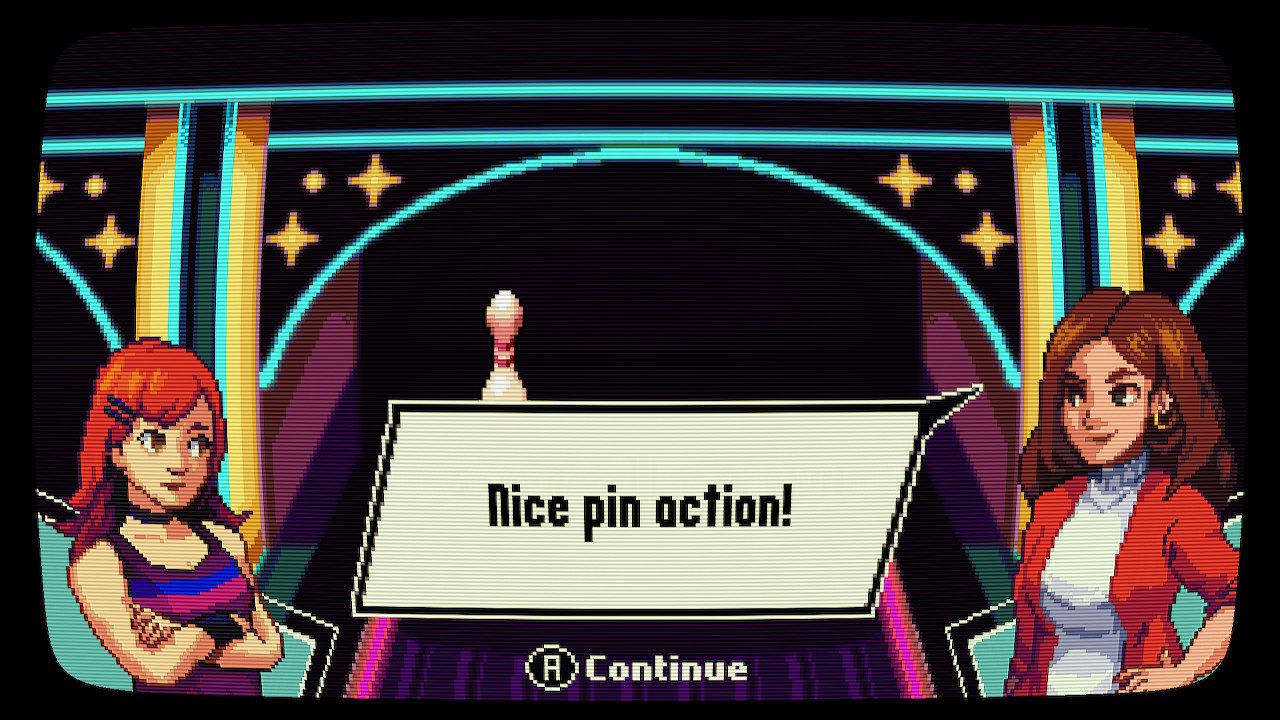 Okay, I’m lying about being a heartbreaker, if that’s not already humiliatingly obvious. Not only am I hopeless at the dating game, but I also somehow wound up getting married. That turned out to be helpful for once, as I roped my husband into some Date Night Bowling.

The concept is pretty novel. It’s partially a bowling game, but layered on top is dating. However, don’t make the mistake of thinking that means it’s partially a visual novel where you make dialogue choices, increase your stats, and eventually win the heart of the sexiest, most interesting, or kinkiest person in the cast. No, the idea is much simpler. In between each frame of bowling, you play a mini-game. Your success at that game decides the chemistry between the two characters.

You can play against the AI or head-to-head with another player. I started against the AI, but while that was fine, it became obvious that the real fun is against someone. Perhaps with someone you wish permission to enter the pants of. I used to do awkward dating stuff like that in college!

There are 10 characters, but perplexingly, eight of them are locked from the outset. You need to play single-player (not against the AI) to unlock the others. That just means bowling, and to be fair, it doesn’t take long to play a single round. However, it puts a damper on the mood when you and your date need to play through individually.

The idea, I think, is to introduce each of the characters, but none of them are complex enough to really make that feel necessary. There’s actually very little dialogue in Date Night Bowling. Typically every third frame there’s some development, but not a whole lot. I get that this is probably to keep things simple and fun, but it kind of feels like the game is stuck between concepts. One is to be a dating sim, the other to be just a fun game to play with your actual real-life date.

Take the bowling, as an example — it has absolutely no bearing on the actual dating narrative. You can win, lose, score high, score low, it doesn’t matter. The date depends on the mini-games between, and that only really affects the end-game dialogue where the characters decide whether they’re going on another date. It’s difficult to see what the game’s intentions really are. 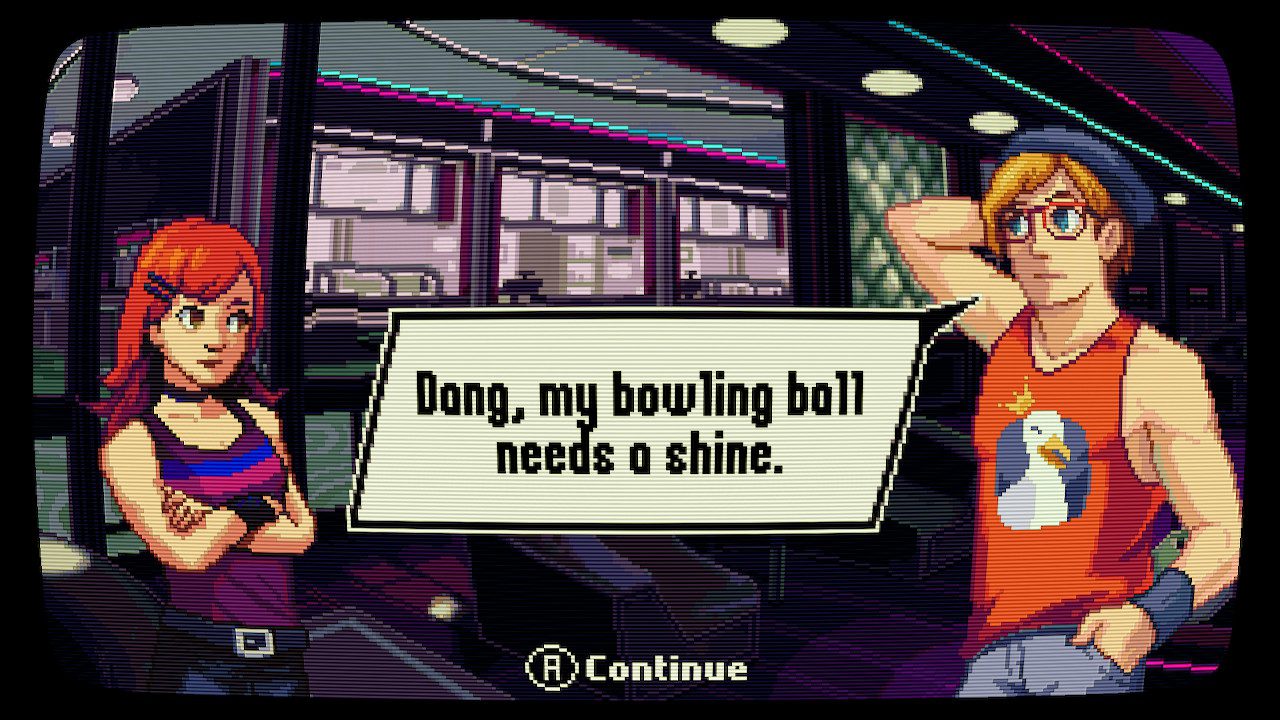 As mentioned, Date Night Bowling works better as an actual date night game. It has a curious mix of the competitiveness of bowling and the cooperation of trying to get your chemistry up. You can be proud that you won and disappointed that your partner flubbed the date. It’s also fun to see where the mini-games wind up.

There’s a decent assortment of dating games. They range from finding shoes in lockers to winning at a crane machine. Some of them are a win/fail kind of deal, others give you pity points if you do halfway decent. Some are definitely more difficult than others. Some seem to be more difficult than they should be. But it’s a nice assortment and the fact that they’re not all easy wins add a dash of chaos and luck to the mix.

You can also kick the difficulty up on both the mini-games and bowling if you feel like having the added challenge. Simply changing bowlers typically did that for me, as some handle completely differently than others. You have to adjust your technique to account for higher speed or spin. 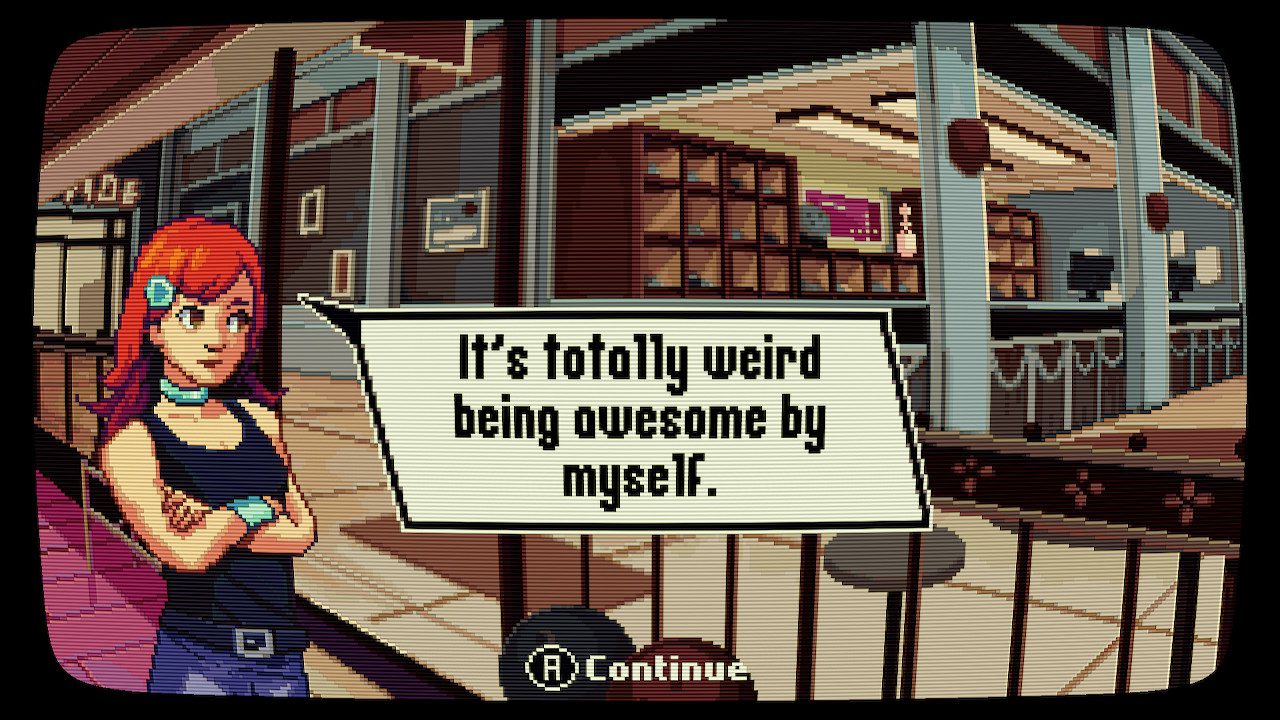 Oh, right, the bowling. It’s about what you’d expect. Set your position, your aim, your spin, and your power. It’s pretty standard. The weirdest part about it is that it’s all in 2D, so it’s hard to get a real feel for the pin physics. However, it fits the game’s lightweight framework.

There’s no real continuity to anything. Each date sort of exists on its own, and if you play it again, it plays out the same way. So there’s no career, neither in bowling nor in dating. Your chosen characters don’t get to know each other better, and you don’t rise the ranks. It feels sort of like a wasted opportunity. It’s probably a case where it was just out of the game’s scope, but at the same time, I think it’s something that would have improved it immensely. 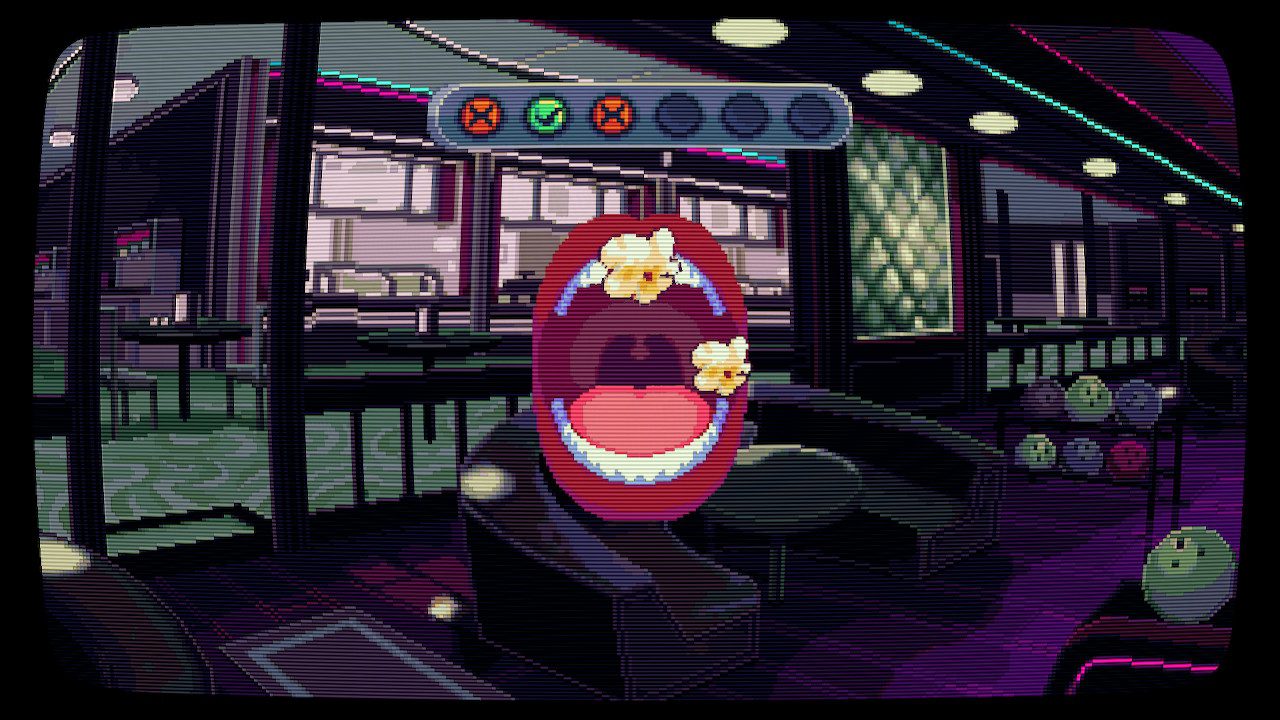 There are a few steps that could have been taken to elevate the game, but the whole package feels like a side-project. Not to say it’s unpolished, it’s more that it’s just hyper-focused and could have benefitted from a little more ambition.

However, it’s a fun time if you know what you’re getting into. It’s Date Night Bowling, and it does what it says on the box. There’s bowling and there’s dating. It’s a fun time if you can wrangle a partner, romantic or otherwise, but it doesn’t really have lasting appeal. A few times through, then you can take your balls elsewhere.