The voice was warm. It came from a handsome man with whom I engaged in conversation, learning a little bit more about the ship I was dumped in. I stopped punching.

Consortium has guns and it has first-person punching, but it’s a talkie. Following in the vein of Deus Ex, System Shock, and the non-shooty bits of Mass Effect, you’re tossed aboard a ship and things start to go awry. You have to find out why. Or not, I guess. 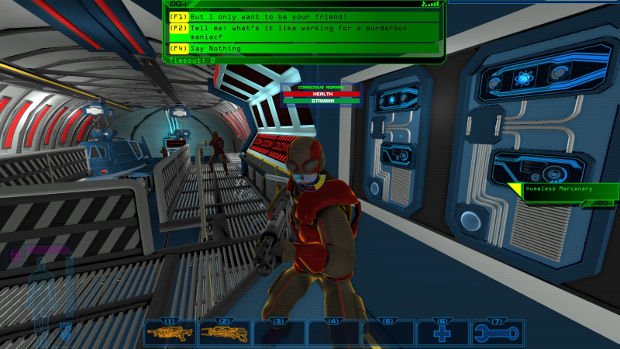 Consortium‘s difference when compared to other dialogue-tree based choice-’em-ups is its central conceit. You are not playing a blank slate (Ms. Shepard) or a written character (Lee Everett). You are playing you. The front-end menu purports to act as a satellite link that sends you through a digital rift in time and space and into this semi-utopian future, pushing you into the body of Bishop 6, the newest crew member of Zenlil.

“Everyone you are about to meet is real and everything you do will affect countless lives with limitless consequences,” the satellite terms of service warns. This may be true.

The best part of Consortium is its detective twist. Early on you’re tasked with finding the perpetrator of a crime and doing so makes up the bulk of the adventure. Thankfully, you can fail — which I did my first time around, because I am terrible. So many games mismanage that sort of thing or throw glowing hints at you. Here, it’s up to you to figure things out based on your interactions with the crew members. 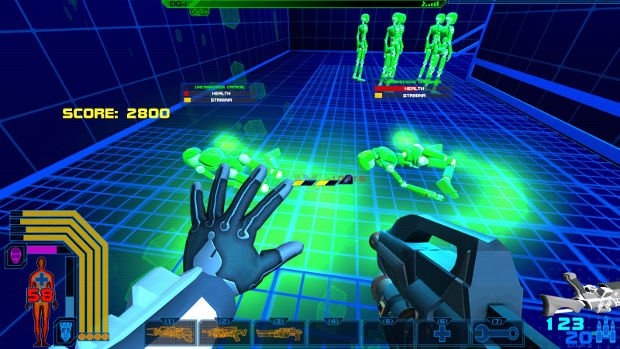 There is some gunplay thrown in as well at choice moments, as well as an unnecessarily complex inventory system through which you manage armaments and gear. I think shooting will come into play more frequently in the game’s follow-ups — this is the first of three planned titles — so that’s why the system is so established.

Of course, with proper diplomacy, you can avoid having to lift a gun altogether. With bad diplomacy and a conscience, you can handle the combat in a non-lethal manner. It’s much easier to kill, though. 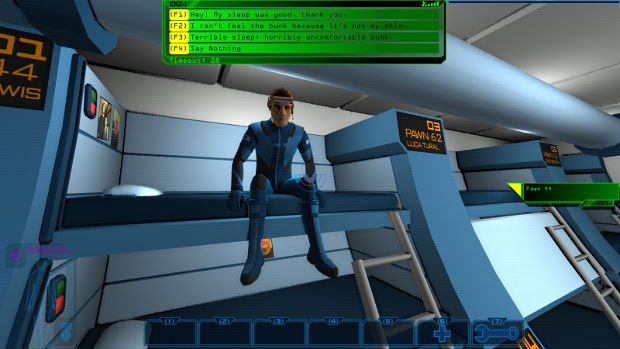 The biggest problem is definitely trying to keep all the NPCs, who go by names like Pawn 4 and Rook 9, sorted, especially when you have to finger one as the culprit. Consortium doesn’t overstay its welcome, running at a short three or so hours (four or five if, like me, you’re slow and explore every nook and cranny of the ship), but it also makes it hard to get a handle on remembering all of the characters in the interesting, but somewhat brief interactions.

It makes sense, given Bishop 6, whose body you inhabit, is also new to the ship, but it makes it more of a two-playthrough experience, unless you don’t want your choices denigrated. But your choices don’t exactly matter by the world’s logic, because every time you jump in you’re just making alternate streams of history.

On my second run through I was able to pick the right bad guy and also found even subtle choices to dramatically change my interactions with certain characters, and it’s sort of freeing working on a more amoral scale where you’re not exactly being judged for your actions, set on a sliding scale of “good buy” or “bad guy.” 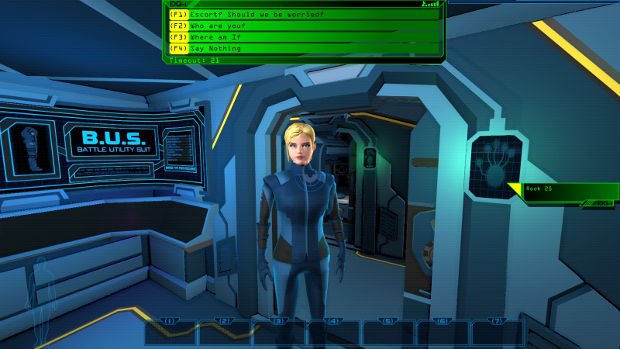 It’s a little rough — with the most recent patch, I didn’t experience any bugs, though some people are still having trouble — but it’s endearing. The sci-fi meta-narrative, as well as the conspiracy-laced in-world narrative, are both interesting and this was the first time in a while a game has made me do some real detective work.

Simply running about the ship, crawling through its underbelly, and chatting up the fully-voiced (mostly well) crew make up the bulk of Consortium. It’s a nice change of pace for anyone who wants that older style of RPG where you learn about someone’s mom who is suffering from Alzheimer’s, argue whether or not videogames are insulting “murder simulators,” and are exposed to suspicious organized religion.