While Nintendo’s 3DS system has seen the release of an abundance of great games recently on the eShop, there has also been a dearth of applications that really utilize the 3DS’ functionality. At launch, the system saw some great little games and toys that utilized AR abilities and the primary 3D gimmick, but nothing that really made the system a useful tool for creative ventures.

Fortunately, Colors! 3D has arrived, and it may be one huge first step towards filling that gap. For a simple painting application that allows the user to also use 3D layers, Colors! 3D has a surprising amount of depth to it, as well as a thriving community of talented artists who are more than happy to share their incredible work online.

After spending a great deal of time with Colors! 3D, both online and off, I found a lot to like about the application and its usefulness for both aspiring artists and those who are proficient in the field. 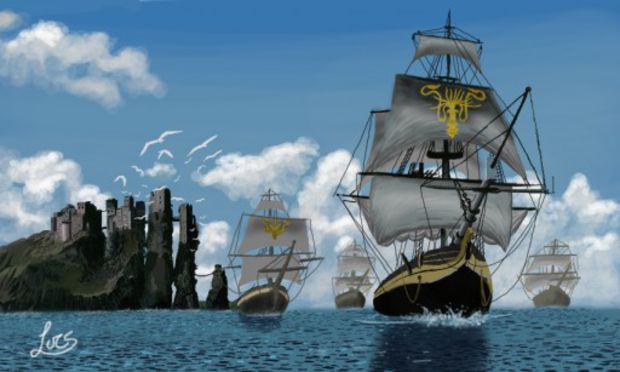 Colors! 3D seems like a simple painting program on the surface. When you open the program up for the first time, you’re presented only with a blank white canvas and an overlaying interface that pops up whenever you press the left shoulder button. This interface includes a color wheel, a couple of sliders to drag up and down on your right-hand side, and exactly three options for paintbrush ‘type’ on your left-hand side.

Yet it’s this simplicity that makes the application incredibly useful. The interface works for beginners without the need for too much instruction, because it gives you a chance to get a handle on your doodling without too much clutter that would otherwise make the whole experience a complicated and unfriendly mess. If you do need some help, a touch of the question mark on the lower right corner of your interface screen will bring up a cohesive and simple explanation of what every button on your 3DS does in relation to the program. 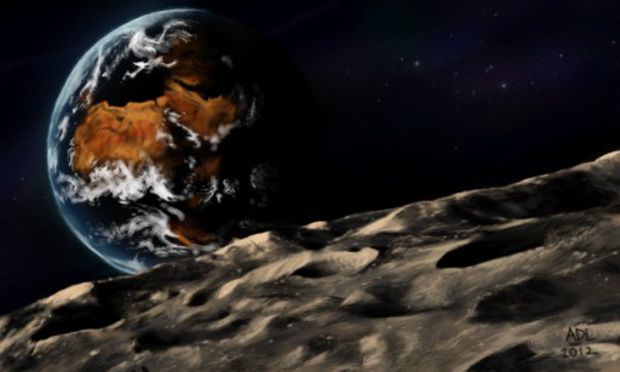 However, this simple interface also works very well for people who are more experienced. The seemingly few options you are given in terms of paintbrush style, opacity and size open themselves up to reveal an incredibly varied palette that allows for all sorts of neat paintbrush tricks. As I grew more familiar with the program, I began to realize that the simple tools I had before me could be used in incredibly complex ways to apply shading, outlining, and watercolor effects.

The biggest wrinkle in Colors! 3D that separates it from applications already available on the eShop (such as Inchworm Animation) is the use of 3D layering. With a simple flick of the main analog control nub, you switch between layers of the foreground and background on the fly. The program features a total of five layers to mess around with, though clever artists have already found ways to make their art seem even more three dimensional through a keen use of shading and blending. Personally, I’ve enjoyed making artwork of topographical features using this method, such as a simplistic Google satellite sort of view of a river winding through a canyon between two mountain ranges. 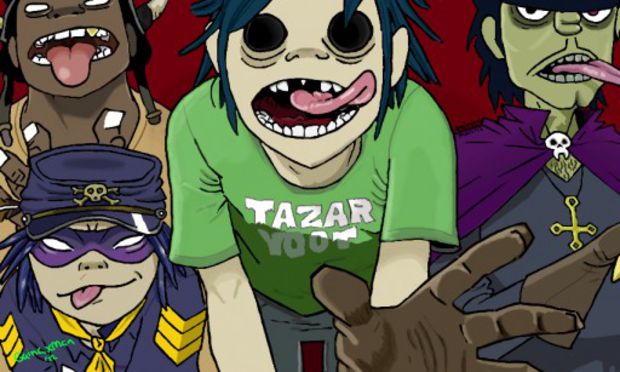 After you’re finished with your artwork, you can press a “play” button and watch as every stroke you’ve made with your digital paintbrush is shown in a sped-up movie. This is especially useful when you’re viewing other artists’ works online, as it gives you tons of insight into the creative process and how amazing artwork is achieved. At any time while this is playing, you can press the control nub in any direction and get treated to a side view of all five layers to understand which ones are being worked on at any given time.

The online portion of Colors! 3D is possibly the most exciting aspect of the program and the greatest compliment to it’s usefulness as an application. After you’ve finished working on your masterpiece, you can upload it to the Colors! online gallery (at colorslive.com — my username is CaseyDtoid, natch). Once it’s published, other artists can ‘like’ it (giving you stars that become larger and brighter with more comments) or comment on it. The top ranked paintings, as well as the best of any given week, are accessed easily from the main gallery page, and every painting that you ‘like’ is added to your favorites to be viewed or downloaded at your own leisure. 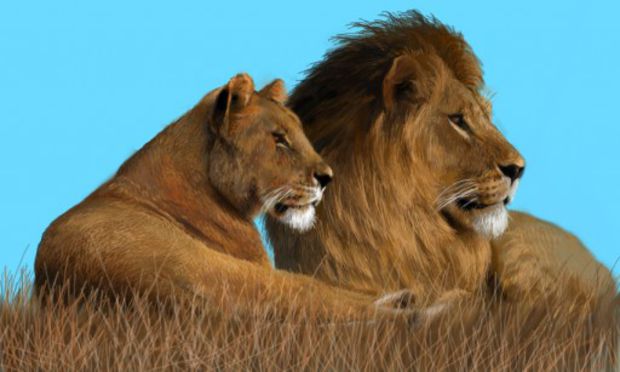 After uploading a few of my doodles and getting a couple of accolades from other artists, I thought I was on the path to becoming an official ‘artiste.’ A week and a half later, and I’m continuously blown away by artists who make my sad little doodles look like something my 10-year-old nephew could outrank in a couple of minutes. The online 3D gallery of the Colors! art community is very nearly worth the asking price alone, as it provides an incredibly viable tool for aspiring artists and a continuous source of near-limitless inspiration.

Beyond the program and the online gallery, the developers also saw fit to throw in some cool extras. At any time, you can use the 3DS’ local play feature with others who have Colors! 3D to join in a cooperative painting session. This is a great way to have creative art sessions with friends, or just an excuse to have a party and draw a frightening 3D cavalcade of catgirls with penises and flying corgis. 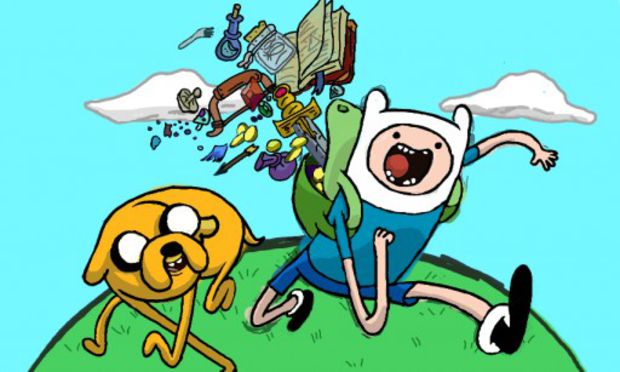 If you feel like your art skill is pretty low and you’d rather use the application as a coloring book, you can do that as well. In the ‘Extras’ section of Colors! 3D you’ll find a page devoted to coloring book images, and selecting any one of these allows you to color in pre-set images that automatically apply shading as you go. The great thing about the coloring book feature also happens to be my one niggling concern about the application is a whole. It is virtually impossible to color outside of the pre-set black lines until you lift your stylus up again. This is excellent for total newbies (like me) who have enough trouble staying within the lines. After noticing this feature, I really wished it was implemented in the main program for whenever you used bold, black lines. I understood the absence of a ‘fill’ button that the developers purposefully implemented in order to get people to hone their craft, but for a doodler like me, using the black line as a guidance/outline line would’ve helped a lot when I was first getting my bearings with the program.

That said, it’s actually not impossible to work around this issue. Early on, I learned by watching other artists at their craft that using layers as you work to create your boundaries is incredibly effective. You can draw a quick outline of what you’re envisioning in the immediate foreground, and then step a layer back and color it in without accidentally blotting out your outline. Once you’re finished, copying this layer to the foreground ‘fills in’ your painting without blotting out the initial outline. In general, these sorts of clever uses of your five layers can be a great asset in creating some eye-popping, beautiful paintings. 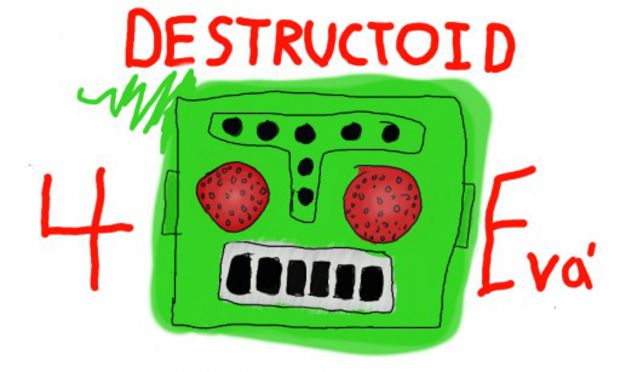 When all is said and done, I found very little to dislike with Colors! 3D and I urge anyone with even the vaguest interest in art, and especially in utilizing the 3D aspect of the 3DS, to give this application a purchase. At $6.99, the program offers an incredible amount of utility and ease for every kind of artist, from the lazy school doodler to the masterpiece painter honing his or her craft. Besides all that, it’s a simple and incredibly fun tool with an amazing community of artists proudly displaying their beautiful and funny 3D images.