So you like beer pong. And as chance would have it, there just so happens to be a new beer pong game on PlayStation Network. The only problem is it’s dreadful, just dreadful.

Run now. Run while you still can.

If you’re still planning on reading this, well… Um, thank you? Maybe you’re just one of those sick individuals that likes staring with prying eyes at the wrecked cars on the side of the road. Maybe you’re just really interested in beer pong. It doesn’t matter. We might as well go through the motions and explain why exactly you should probably be dashing toward the hills like someone with bees in their pants. It seems like the responsible thing to do.

So, beer pong is a rather fun and silly little party game. It involves two or more players attempting to throw ping pong balls across a table into cups of beer on the other side. Each side takes turns shooting. When a ball lands inside a cup, its contents must be consumed. The first team to eliminate the cups on the opposite end of the table wins.

Except nobody wins in the videogame. Beer Pong! takes the concept of its namesake and ruins it. JV Games picks up that lovely lager-coated ball and spikes it into the ground. Now there’s carpet fuzz and God knows what else on that thing. And wouldn’t you know it, it’s going to wind up in our beverages at some point tonight. Probably multiple times. Fantastic. Way to go. 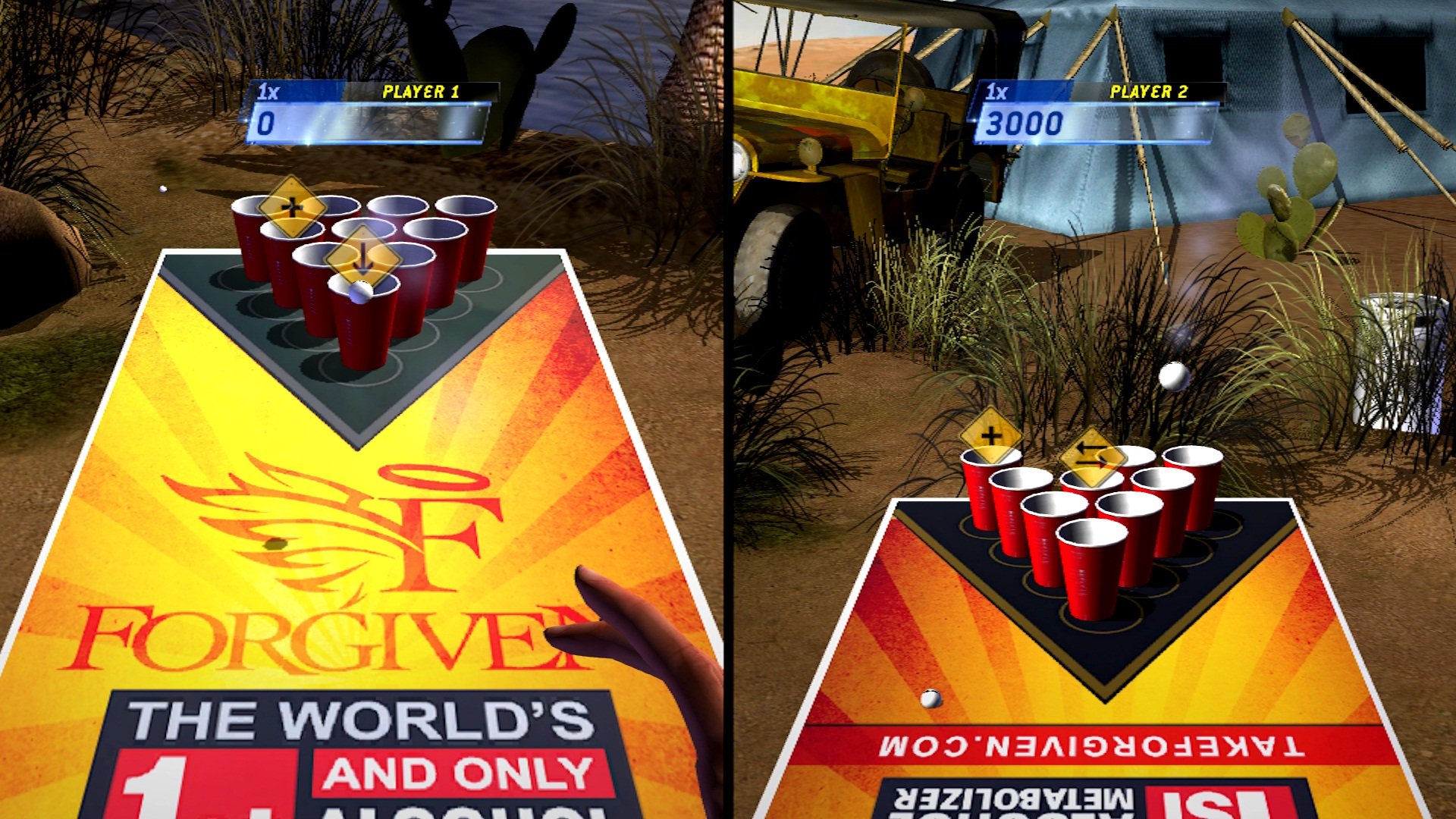 The way Beer Pong! works is — Well, it doesn’t. It aims to emulate the motion of throwing a ball at cups with the PlayStation Move or DualShock 3’s SixAxis functionality. And of all the shaky ideas for motion controls over the last decade, this one actually isn’t half bad. In theory, it has promise and actually sounds doable. So of course it’s awful in practice.

The trouble is that it’s implemented in such a way that playing feels like staring into the abyss. Players aim by raising and lowering the controller along a vertical plane. An arc will appear showing where the ball will go. A forward thrust of the controller will determine the strength and thereby accuracy of the the throw. Sadly, the game doesn’t do a good job differentiating between the motions.

As one attempts to launch the ball forward, the target will change at the last minute, destroying any semblance of precision. It makes for a totally unreliable and inconsistent method of input, leading matches to degenerate into luck-based wars of attrition. Through no fault of their own, players will miss in embarrassing fashion time and again only to see the same terrible animations of their on-screen avatars recoil in disgust after every missed shot. And thanks to the slow, turn-based nature of the game, a single contest could dully drag on for what seems like hours.

At least Beer Pong! gives players a lot of choice in how they’ll be having a terrible time. As if the controls weren’t challenging enough, there are multiple difficulty settings to choose between. Cups can be made smaller, just in case you like torturing yourself. And there are different locales and table skins sporting varying product placements on offer for any Playboy energy drink fans out there.

Speed Pong is at least mildly entertaining. It eschews the monotonous pace of the basic game for a more arcade-y experience, but it does little to redeem the package. There’s also an online component, but I was blissfully unable to find another poor soul actually playing this vapid mess of a game.

The music is similarly lifeless, featuring a boring melange of pseudo-funk rock elevator music that loops ad nauseam. Accompanying the tiresome tunes is an announcer, who is just awful. The commentary revolves around insulting poor play induced by the shoddy controls, and players will likely have heard everything he has to say before the end of a single game. 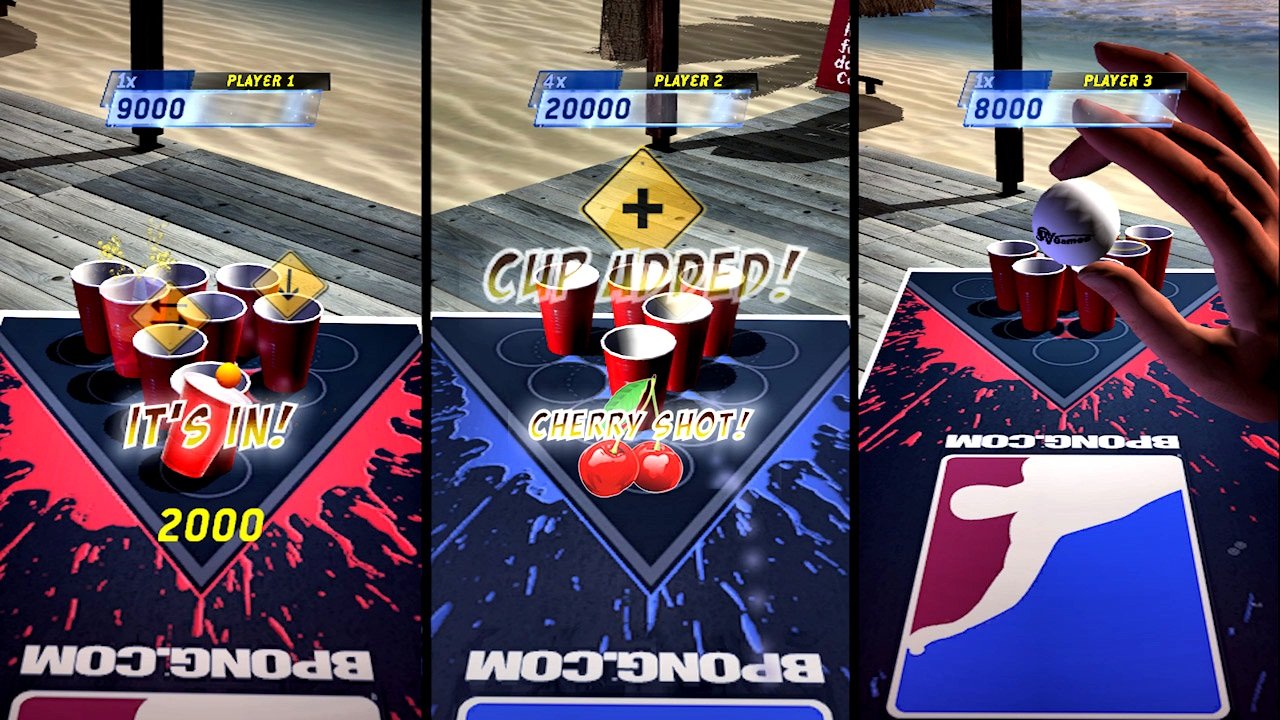 There’s just no reason to play this. Beer Pong! is a joyless shell a college drinking game. It revolves entirely around mechanics that do not function with any sense of accuracy or precision. Save your money and play the real thing. Or do anything else. Anything at all.