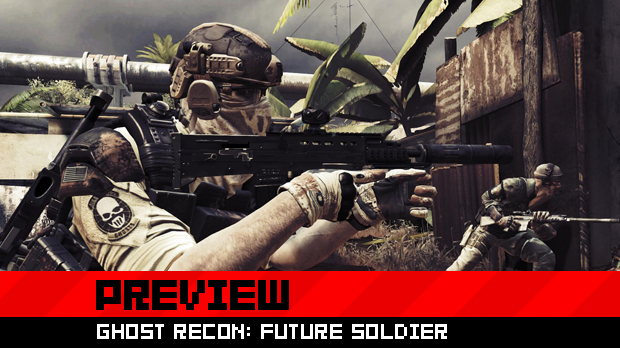 When I first bought my Xbox 360, one of the games I purchased with it was the original Ghost Recon: Advanced Warfighter. After beating the main campaign and really enjoying my time with it, I jumped online and discovered a completely different and even more awesome world that opened my eyes to the possibilities of playing online with cooperative squads.

After the game’s sequel was released to generally positive reviews and fairly strong sales, Ubisoft went dark on the franchise. Now that five years have gone by with no new series iterations, the company is poised to release an entirely new and different Ghost Recon experience.

Last week, I had a chance to get some lengthy hands-on time with both the online cooperative Guerrilla (similar to Horde) mode, and two of the fully cooperative campaign missions. While teamed up with three other members of the press, I got a real feel for where Ubisoft is taking the series. 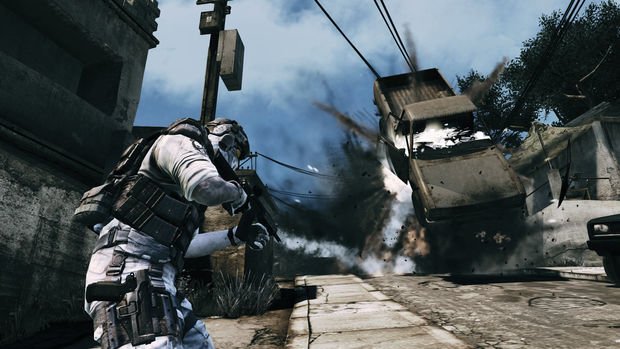 I immediately noticed that the controls and the camera in Ghost Recon: Future Soldier both feel closer to the Rainbow Six series than to the original Ghost Recon games. Future Soldier generally moves at a much faster pace than GRAW or GRAW 2, and using cover has been refined a great deal as well.

An online cooperative mode called “Guerrilla” set my team of four at a small outdoor location, which we were instructed to defend from incoming groups of soldiers. With each successive wave of soldiers, the challenge ramped up considerably so that newer enemies deployed more skill or firepower. Our team bottomed out at the tenth wave, when jeeps with turrets were introduced, as well as soldiers with riot shields who rushed our base at every possible moment and made it very difficult to coordinate our attacks without getting taken down. 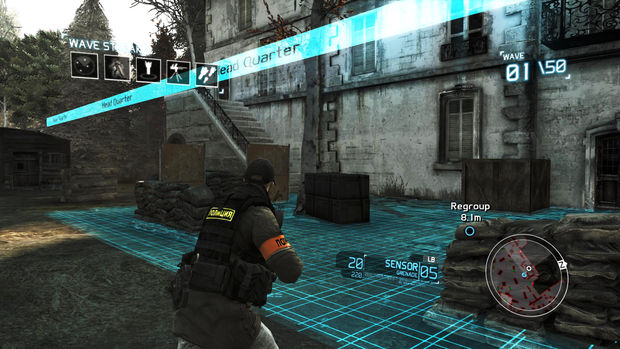 Guerrilla was really fun and addictive, as our team shouted out plans and devised strategies together to take down the incoming soldiers. As a reward for completing each wave, we received certain gameplay perks, such as defense turrets that we could set around the perimeter of our base area, or a guided satellite missile to deploy at an opportune moment. Between each wave, you can also switch weapons and grenades and stock up on ammo. I generally favored a sniper rifle until the turret-mounted jeeps appeared; then I decided that a grenade launcher would be much more useful.

For the most part, the A.I. was also pretty intelligent, with soldiers flanking, taking cover and rushing us when our defense was weak. I do have to mention one strange glitch during my play-through, though — one of the enemy soldiers (let’s call him “Hank”) would tend to get lost somehow in his A.I. subroutine and would stand around in a corner near our base. I had to seek him out and kill him on more than one occasion so that we could properly advance to the next wave. This bug didn’t necessarily affect our overall gameplay much, and “Hank” generally disappeared in later waves, but since the game is set for release in only a couple of months, I certainly hope the developers are planning to fix this issue. 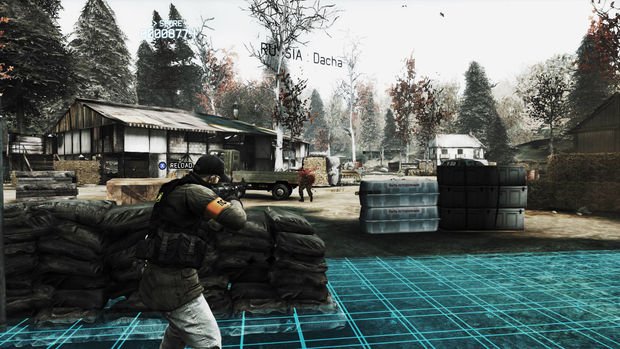 After getting our asses handed to us several times on the 10th wave, we decided to give up and move on to the main campaign. Future Soldier‘s faster pace depends largely upon the presence of three other live squadmates. Coordinating attacks with them works more quickly than patiently planning and choosing where to deploy A.I. partners.

In Firefly Rain, the sixth mission of the game, our team advanced through an enemy base in a dry chaparral environment with limited cover. As mentioned in earlier looks at the game, your soldiers can turn invisible by crouching and moving slowly through the environment. The moment you engage in live combat, every squadmate is exposed, so getting to cover becomes crucial to survival. 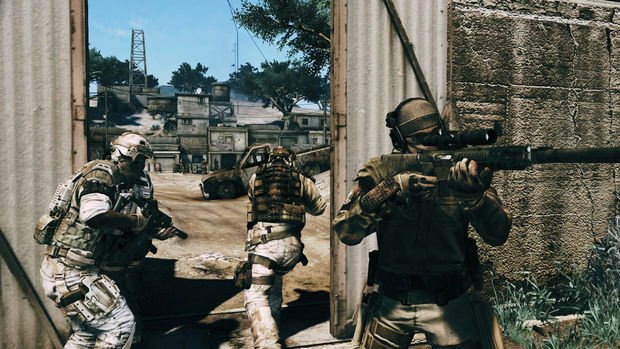 I really appreciated the sorts of combat scenarios that our team encountered — they forced us to use critical thinking and cooperative strategic planning. In one area we were pinned down by turret towers and heavy machine guns, so a partner and I eventually found a way to flank the enemy position and discover a good vantage point to help our teammates advance from the forward position.

Valiant Hammer, Future Soldier‘s tenth mission, began in a forest at night with a large enemy presence. In both of the missions I played, a crucial and very familiar part of the strategy involved marking targets (numbered 1 through 4) and then using teamwork to decide who would take down which target and when. This became especially important in the tenth mission, as our group of four snuck through the forest and carefully took down groups of soldiers without alerting anyone to our presence. At times, we had to take out multiple targets, and as we watched enemy movement patterns it became very important to know exactly which targets our teammates were going to clear. 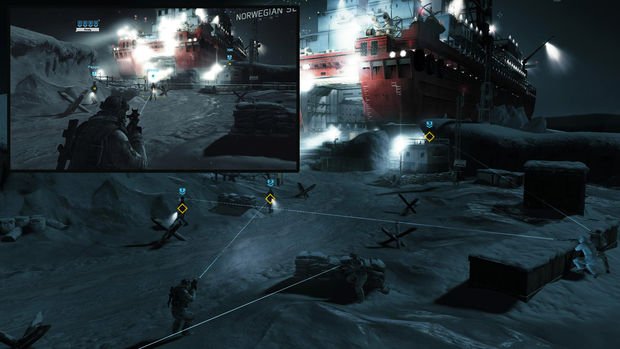 The uniqueness of Future Soldier comes in playing with a group of other friends and advancing upon enemies with an eye to strategy and careful planning. I came away from the experience excited at the prospect of investing a good chunk of my life in playing through both the campaign and the multiplayer modes with a strong and determined squad.

Ghost Recon: Future Soldier releases on May 22nd, which coincides with my birthday. If the game offers the same strong experience that the GRAW series brought onto the market a few years ago, I know one of the gifts I’ll be getting myself and my twin to bring on another great year of cooperative online games.