Going hands-on with the space/mecha sim

When we last took a good look at Born Ready Games’ space/mech combat title Strike Suit Zero, it was looking intriguing. A successful Kickstarter campaign later, the game is now in a closed beta and will be released towards the end of January.

How has it improved in these few months of development and how can the feedback of the beta make it even better? 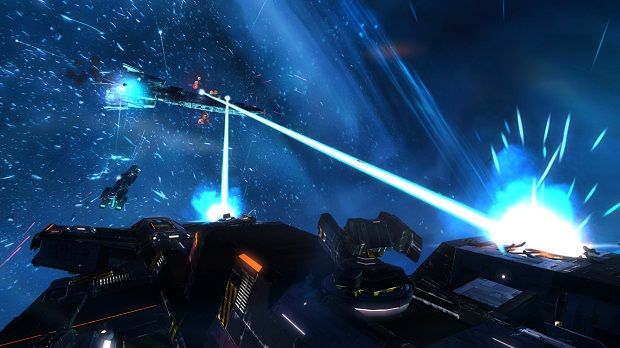 First of all, it should be noted I’m playing a preview build here; there’s still some placeholder art in a few spots and there is still a fair amount of balancing left to be undertaken. As a result, the level of difficulty varied between missions: I completed the tutorial mission without a single restart (with a measly Bronze medal in the mission summary) but died numerous times during the next mission. Born Ready Games head James Brooksby has told me that “player numbers are high” in the beta and that testers “[are] really helping us with issues and anomalies that we were just never going to see back in the office.”

Strike Suit Zero takes place in the far future where attempts at space colonization have been limited until the discovery of an alien signal that guides mankind to technological advancements. As the colonization of space gathers pace, tensions between the colonies and earth flare. Eventually war breaks out and the colonist forces uncover a super weapon which threatens all of earth. Players control a pilot named Adams as he re-joins the fleet and is part of a small band of survivors that will try to defend the planet from certain doom.

I was able to play larger number of missions in this build, allowing me to test out the full range of ships in different situations. There were three ship types to choose from including the game’s main draw, the Strike Suit, which is a transforming ship that also has the most balanced stats. The two other craft were the Apex Fighter and the Scythe Interceptor, specifically suited for heavy weaponry and dogfighting, respectively. Each ship can be customized with different weapons but since you’re up against a variety of enemies in any given mission, it’s hard to prepare for a certain type of craft. Rather, you should balance your ship between a good mix of rockets and laser/plasma weapons. 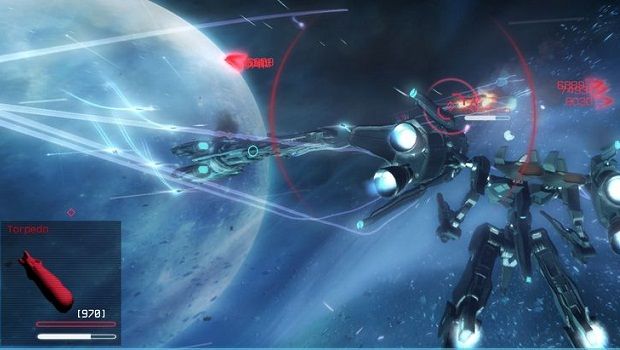 As Casey explained in his preview, using the term “mech” in Strike Suit Zero is possibly misleading as that does imply a certain type of robot exo suit. You should think of the transforming ship as a  mobile gun platform instead; you’re not going to be swinging round some massive laser sword. The trick to using the Strike Suit is quickly swapping in and out of Strike mode to take advantage of the extra firepower you get. For instance, an early mission had me fighting off ships whilst periodically destroying slow-moving torpedoes that were threatening my capital ship. Briefly disengaging from a dog fight with another ship, I was able to use the Strike mode to destroy the enemy torpedoes with a hail of rounds before getting back into the action. Being able to “paint” targets and unleash a barrage of missiles before swooping in for the kill is great fun.

Of course, being a preview build, not all of the features are included right now but there were some issues. A minor one was button prompts explaining the controls popping up during the tutorial at the same time when the instructor was talking. This could get quite confusing as I found myself flying towards an objective, looking at the keyboard whilst being given an vocal instruction. Despite the weapons systems being fairly well explained, there wasn’t any general combat tips; I found myself frequently targeted by missiles but I wasn’t given any tips or tools to avoid them. I had to take the hits and wait for my shield to recover, which caused most of my deaths during missions. 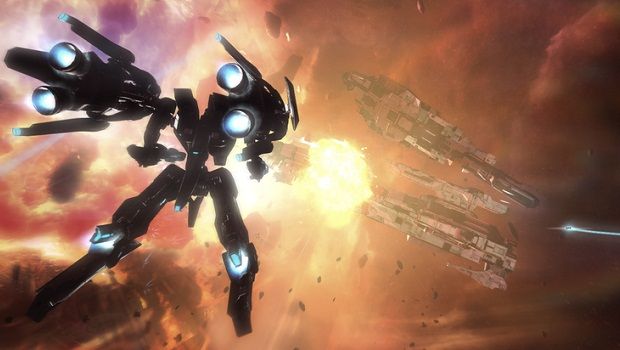 Despite my concerns, Strike Suit Zero plays just like the good old space-combat sims you enjoyed back in the day. The Strike Suit’s transforming function adds another level of gameplay above just the standard space shooter and the different weapons and ships give you plenty of options as to how you want to play. Despite narrowly missing out on their Kickstarter stretch goal, James Brooksby said in a recent video post that they would try and get their game on Mac and Linux systems by “hook or by crook.”

Also on the cards is support for the Oculus Rift. As Brooksby explains, “We are going to have to wait a bit longer to get our hands on the kit. We just can’t wait and are ready to burst with excitement as we know for sure that our game is going to be amazing when played with the Oculus.” Even if these don’t pan out immediately, Strike Suit Zero feels like it’s on the right track to give us some much needed space-combat fun.