The PlayStation Vita’s library has already seen its fair share of console ports, especially when it comes to fighting games. Mortal Kombat, Ultimate Marvel vs. Capcom 3, and now Street Fighter X Tekken has made the jump. Having played many of these ports, there seems to be a common theme to them: get the base game, all the DLC released, then add in some Vita-specific extras.

In that respect, Street Fighter X Tekken isn’t doing anything particularly new. Still, the Vita version packs a hell of a lot of content, offering fighting fans a good amount of incentive to take the dive. 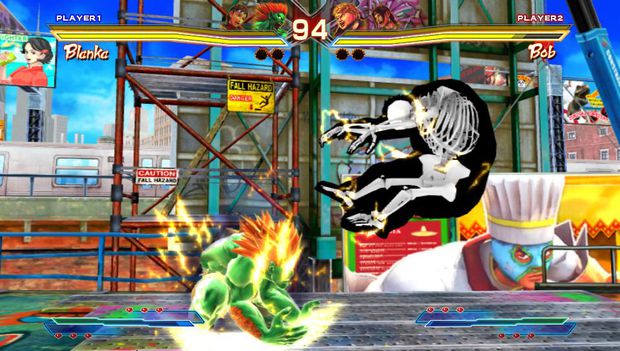 The biggest addition to the Vita iteration is the expanded roster — 12 new characters, to be specific. From Street Fighter, expect to see Dudley, Sakura, and Blanka, among others, while the Tekken roster is buffed by Bryan, Lei, Lars, and a few more.

Bringing the total roster to a staggering 55, the new characters are certainly the biggest draw to the Vita version, and the core cast will be getting treated with additional costumes. What’s more is that you can use the Vita’s Near functionality to send and receive custom costumes with other players.

Perhaps the best thing about all the added content is the cross-sharing feature. This lovely little tool allows anyone who owns a Vita copy of SFXT to transfer all of the bonus content between their Vita and PlayStation 3. Personally, I’m really excited to see how this feature pans out. As much as I loved the Vita port of Mortal Kombat, I was always bothered by the fact that the DLC characters’ alternate costumes remained Vita exclusives. So seeing SFXT allow us to bring the definitive experience to the version we’ve already invested months of our time in is a huge plus. 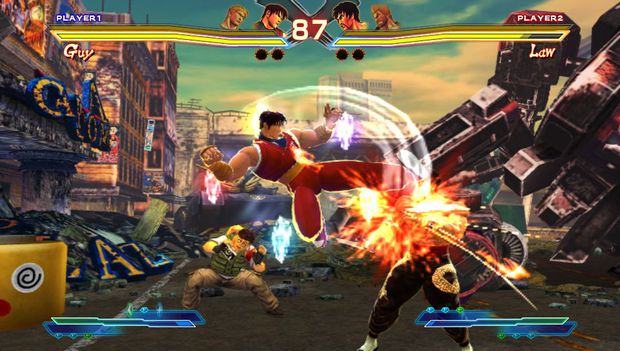 While the Vita port does bring the full online and offline suite of modes with it, there isn’t a whole lot new in that department, save Burst Kumite. Essentially an endless battle mode, Burst Kumite pits players against the AI in never-ending waves. Not to be confused with a survival mode of any kind, your characters start each round with full health. Enemy AI doesn’t gradually ramp up either since you determine your difficulty beforehand.

The objective is really to test yourself, seeing how well you can battle and for how long. One interesting feature about it is a quasi-ghosting mechanic where the game mimics your online experience by picking teams that you’ve recently played against. As the sole new mode, it’s looking to be a fun, quirky little addition for those wanting a more intense offline challenge.

In terms of gameplay, SFXT on Vita is functionally similar to its console brethren, bringing the same juggle-heavy leanings of the Tekken series with the six-button system of Street Fighter. There are some Vita-specific controls, though, that take advantage of the front and rear touch. Using the touch screen, you can queue up to four moves on portions of the screen for instant access. Additionally, from the options menu you can determine how much space each grid takes up, and even overlap them to form simpler combos. It’s an easy, non-intrusive system that works well enough when combined with standard button presses. Not as impressive is the rear touch functionality. 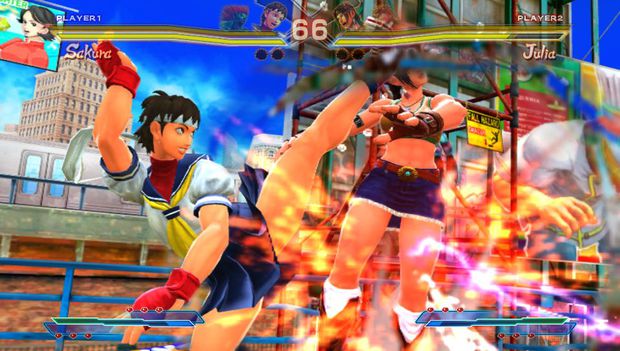 With the rear touch pad, players can swipe on the left side to tag characters in and out, while swiping on the right initiates a launcher. More often than not, using the rear touch felt more awkward than useful, and isn’t exactly ideal for combos. Depending on how you hold your Vita, it is entirely possible to accidentally initiate the rear touch controls. Thankfully, any and all of the touch controls can be disabled in the options menu, so fighting purist need not worry.

While we’ve seen many fighting game ports on Vita, Street Fighter X Tekken is certainly poised to be one of the stronger ones. Having only one new mode may be a bit of a bummer, but that’s hardly a complaint when you take into account the 12 new characters, costumes, and the ability to trade all of that content between your PS3 version. And if you’re a content-starved Vita owner who’s never played the console version, there isn’t much of a reason to hold out.