Gearbox Software took gamers by surprise in 2009 when they launched the role-playing shooter Borderlands. Released among the shuffle of the year’s Q4 titles, like Uncharted 2: Among Thieves and Call of Duty: Modern Warfare 2, it was uncertain whether or not this new property would find an audience. As it turns out, it surpassed expectations, and fans have been clamoring for a sequel ever since.

The team at Gearbox is finally answering the call this year with the release of Borderlands 2, a direct sequel to the original loot-and-shoot game with more character classes, more weapons, and an all-new adventure on the planet Pandora.

Recapturing the magic and excitement gamers had in 2009 is a tough job, but it doesn’t look like Gearbox is falling short of achieving it. 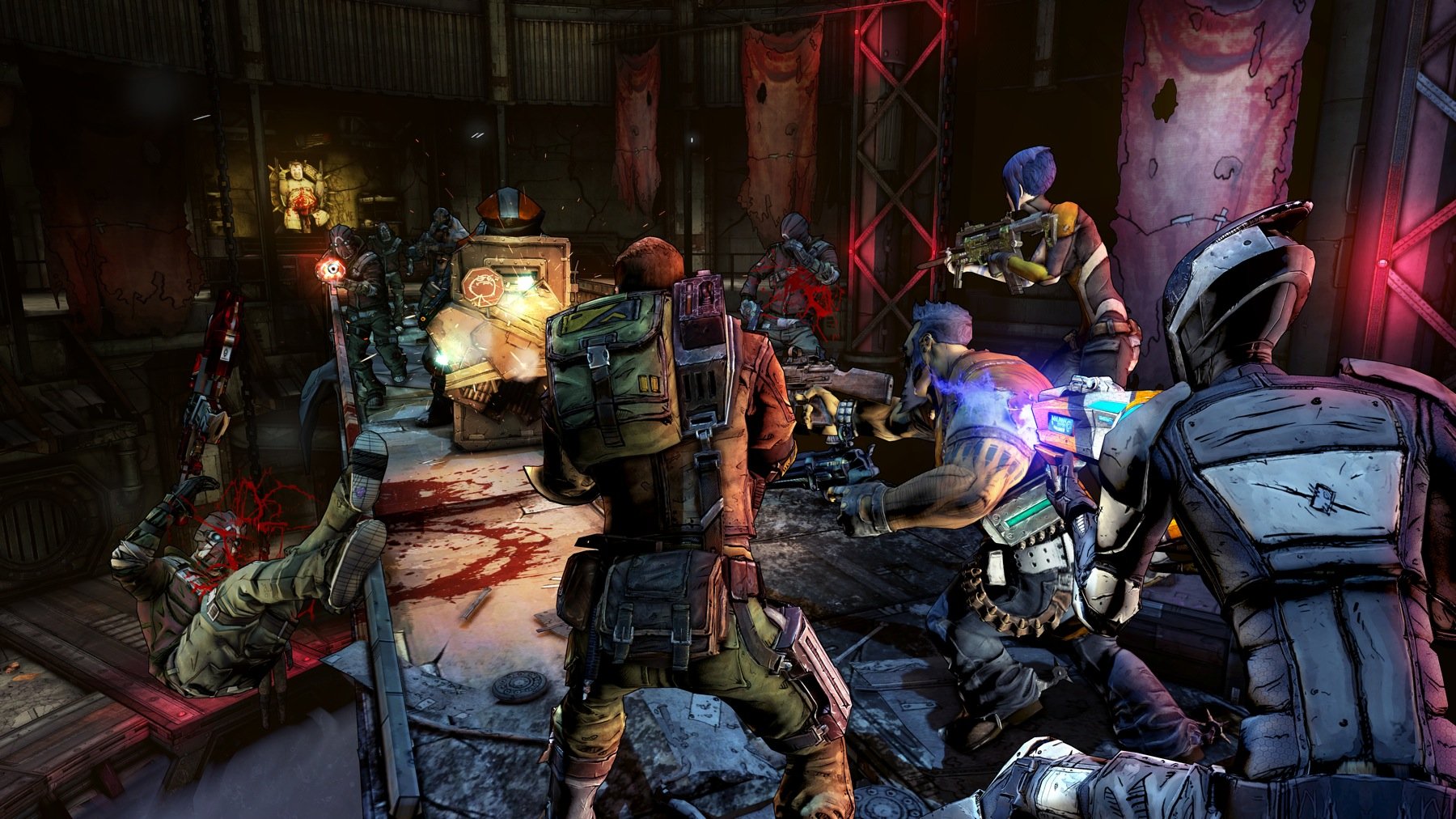 Taking place five years after the original, Borderlands 2 pits you and up to three others in a more engrossing tale this time around. Handsome Jack, the game’s main villain, is in fact a bad dude: one who’s on a quest for power, and who was placed into the campaign to not only provide an opponent, but to give those who decide to go it alone an antagonist they love to hate.

There’s an overall tighter experience with the plot, which leads you along a more intricate mission structure. But that doesn’t mean the entire game is structured this way; there will still be a ton of side-quests and extra incentives to stray from the main arc. 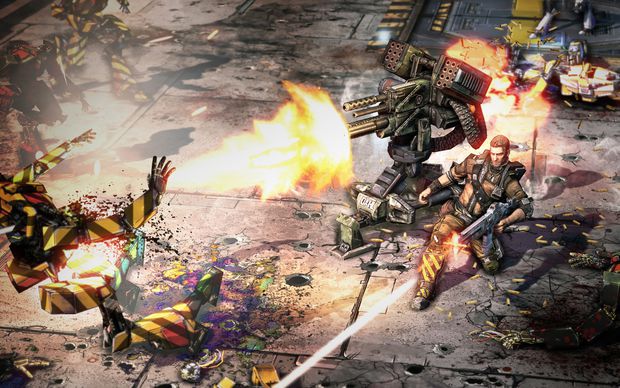 While there is a bigger emphasis on story in Borderlands 2, don’t expect it all to unfold in a barrage of cutscenes; you’ll still be fed information on the fly more often than not, but it will be more fleshed out than usual. Some of the missions also offer varying paths and endings. Senior level designer Zack Ford said there will be times where ending a quest at one point as opposed to another will offer a different result.

It’s hard to neglect how gorgeous Borderlands 2 is. The first one was aesthetically pleasing, sure, but the art direction was chosen late in the game’s development. Given that, Borderlands 2 shows that Gearbox took the last few years to really flesh out the cel-shading style and take it to a new level, surpassing the original by far. There’s a much more varied color palette throughout the world, whereas Borderlands strictly stuck with a bleak, post-apocalyptic feel, and that even shows in the game’s vast new arsenal. Everything just pops more now, and in my eyes is the epitome of the term “eye candy.” I should note that 2K Games had set us up with Xbox 360 controllers on an early build of the PC version running at 1080p, which made everything look particularly pretty.

And, yes, there are a bazillion more guns. 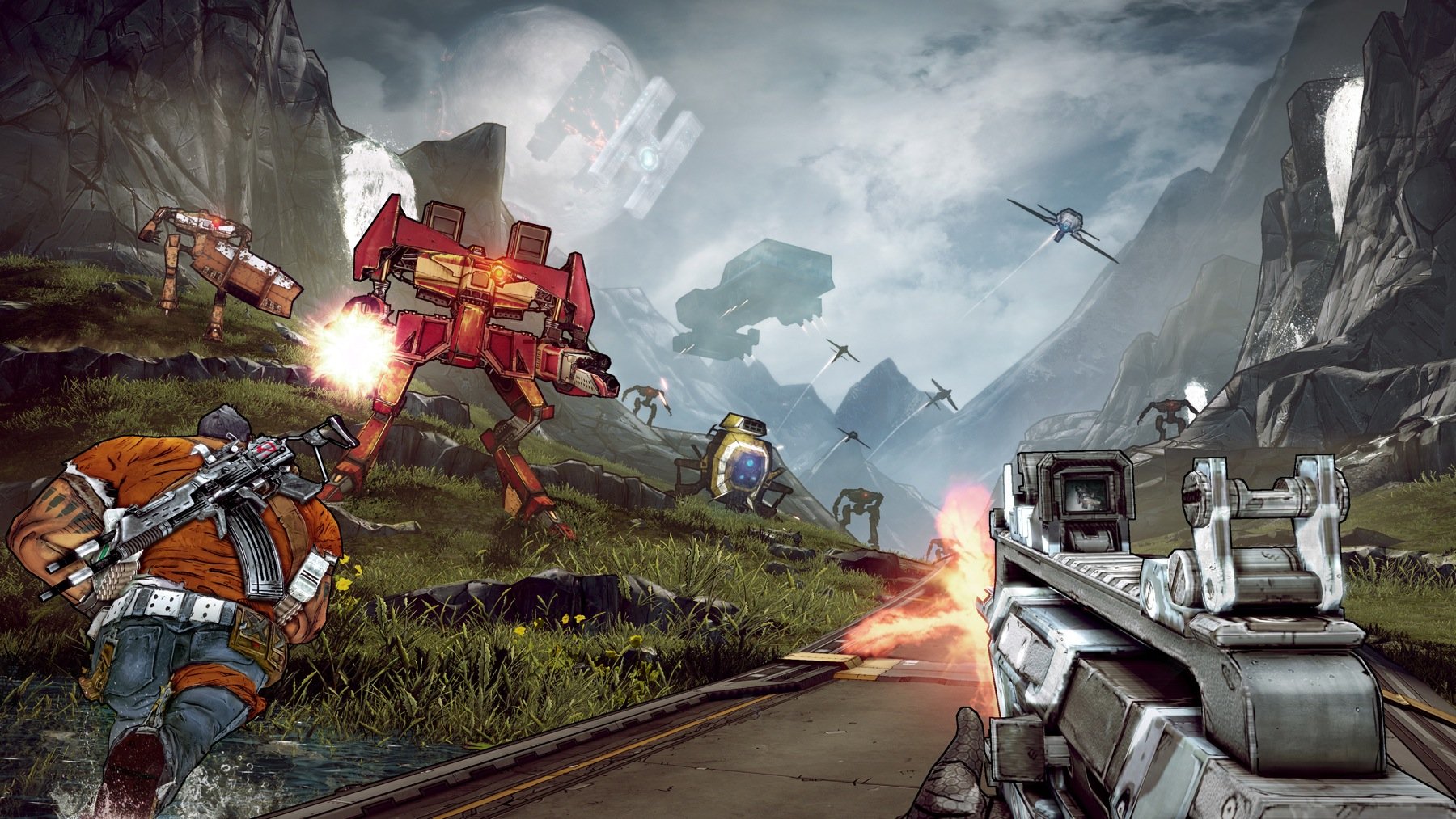 “We gutted the gun system and rebuilt it,” said design producer Randy Varnell, while emphasizing that all of the same goals were present. There are a slew of new weapons to collect here, and Gearbox worked hard to make sure each is highlighted in its own way, assuring that one Dahl sniper rifle isn’t the same as another.

The bandits are also a weapons manufacturer now, with their guns being ragtag assemblies of mixed-and-matched parts from various manufacturers. Their results can be devastating, though, like the “Rockit Launching Mashine Gun,” which is exactly how it sounds — deadly.

There’s a new item-trading system in Borderlands 2, a Pokémon-esque setup that allows each player to highlight the applicable items and confirm the trade. Traversing the backpack menu and cycling through weapons to drop is now a thing of the past. Trading ammo, however, isn’t present, which is kind of a bummer.

Drop-in/drop-out cooperative play also returns in Borderlands 2, which can be done throughout the entire campaign, regardless of level differences. Again, this can be with up to three other people, and vehicles now compensate for this, allowing all four to hop in at once. 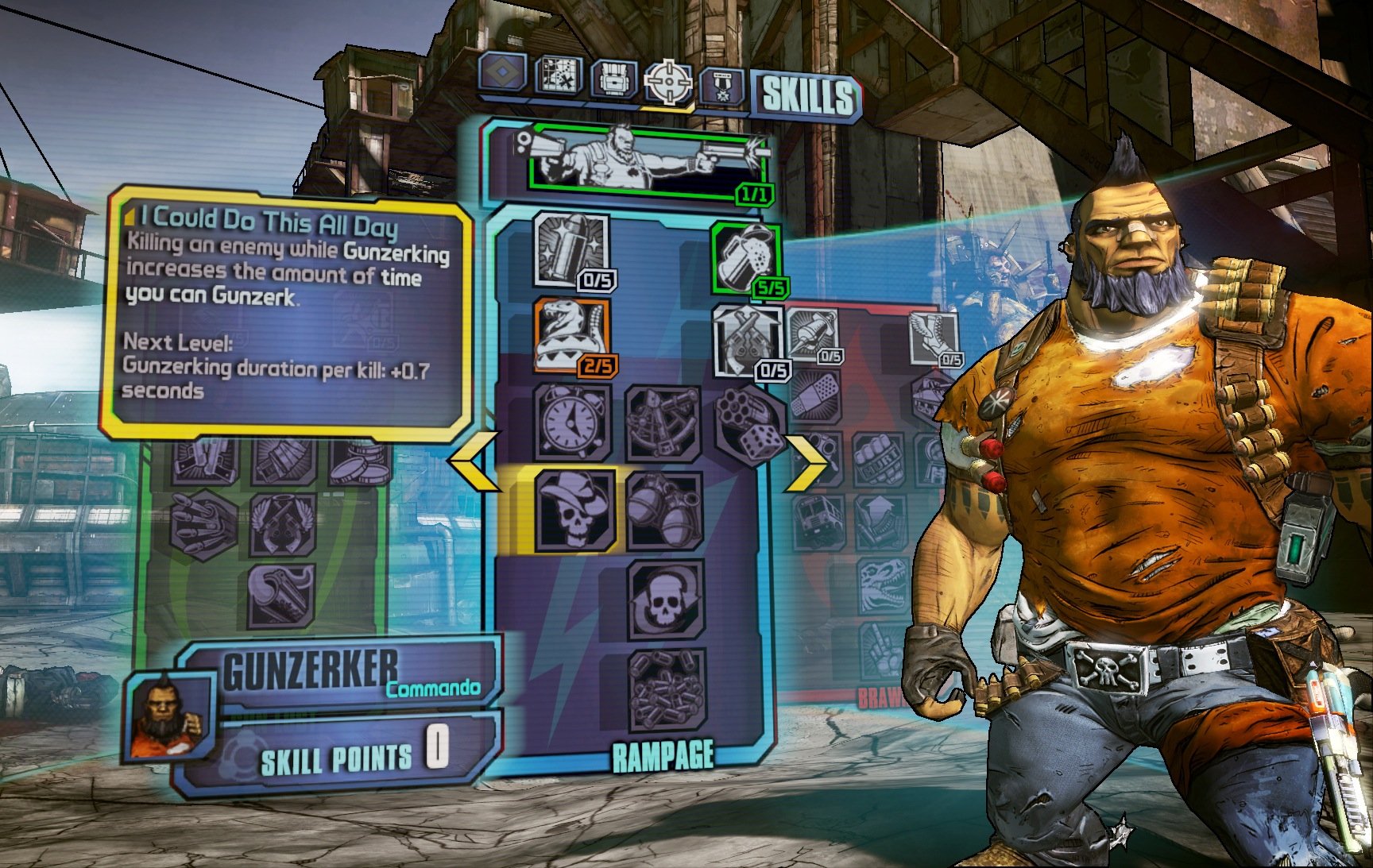 My time with the demo was spent playing the new “Gunzerker” class, which can be played as either a defensive “tank” player or a balls-to-the-wall gunner. How you ultimately end up playing depends on which skill tree you drop your points into, and new points are acquired with each level gained. One branch of the Gunzerker tree is dedicated to being a tank, while lending points to another makes him more offensive. One of the tank skills is called “Come at me, bro,” which, in typical co-op fashion, has the enemies focus on you as your teammates pick them off. In Gunzerker fashion, though, this is done by first flipping the enemies off to draw their ire.

Although the original game had a huge world, a lot of the foes you encountered were similar to each other. I’m happy to report that I saw at most five skags during my time with the demo. Most of the enemies I killed — or got killed by — were robots. Lots and lots of robots. They make their debut in the series in a big way, coming in many shapes and forms. One such robot features propeller-like hands, and shooting at him while his hands spin reflects any bullets fired back toward you. These arms don’t protect his back, though, if you get my drift.

Gearbox Software may not take us by surprise with Borderlands 2, but they are on track to offer another great cooperative experience, one filled with an insane amount of weapons, a new part of Pandora to explore, and plenty of “wub-wub.” Tailoring the game to work just as well for single-player adventurers as it would for a squad of four assures more accessibility, which is a good thing, because any fan of shooters will not want to miss this.