Adding to the burgeoning list of fowl-themed games is Rocketbirds: Hardboiled Chicken, the sequel of sorts to the critically acclaimed Rocketbirds: Revolution! You may have previously heard of the game as one of the finalists at the IGF last year, bragging three nominations under its belt. As we reported early in July, Rocketbirds: Hardboiled Chicken is a PSN-exclusive version of the game, with new features and add-ons that are sure to entice new players to join the flock.

For those unfamiliar with the premise of the game, think of any ’80s action flick but replace the actors with anthropomorphic birds instead. Tough-as-nails protagonist Hardboiled might as well be a chicken version of Sly Stallone or Steven Seagal (or should I say — Seagull?). And just like any film from that genre, the bad guy is another socialist dictator bent on ruining everyone else’s fun. This time around, the goal of the game is to help Hardboiled bring down the totalitarian regime of the penguin overlord Putzki and his top military crony who incidentally sounds like the Governor of California.

While the storyline pretty much remains the same, Hardboiled Chicken is not simply a port of the original. This release offers new characters, missions, weapons, cutscenes, unlockable videos and other brand-new content. By far, the most ambitious update would have to be the co-op mode, where you get to choose from an elite crew of Budgie commandos on a mission to save the General’s daughter. Props to the game for promoting another underrated bird species, I say. 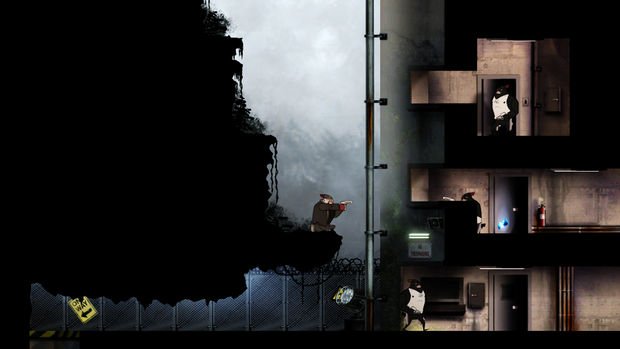 As someone who has tried the demo for the browser-based version, I have noticed several key changes playing it on the PS3. The controls are definitely more suited to this system than its browser-based counterpart, and there are some interface improvements such as removing the need to hold down a key to run or to aim at enemies. Finally, it’s also much easier to switch between weapons. Adding to this, the already impressive graphics of the original are enhanced even more with incredibly vivid and seamlessly rendered 3D-esque animations.

Aside from the visuals, a huge part of what actually makes the game stand out is the music, which was produced by independent electronica band New World Revolution. Self-described as an “alternative space rock group,” their music sets a grittier, darker and more futuristic atmosphere than what you would expect from something involving walking, talking birds.

In fact, some of their tracks released within the game were especially written for it. During the cutscenes, the lyrics of the songs served to highlight the already existing narrative. In a new cinematic, we get a revealing look into Hardboiled’s past such as the story behind his name, which is more literal than you think. We also see how he transitioned from a clumsy, wide-eyed chick to stone-cold Coq of War. The song “Illuminate Me” adds a surprising amount of emotional depth to his story, especially in a scene where Hardboiled decides to turn away from his military operative roots and move towards his quest for personal redemption. 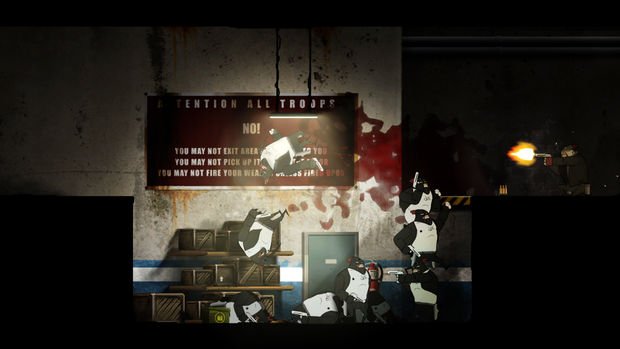 As for actual gameplay, I was able to play through the first five chapters of the single-player mode, including the two brand-new missions. The basic mechanic of the game is to clear each level by defeating hordes of penguin supersoldiers and other “fowl creatures” who look like denizens of your local gym. You can crouch, roll and hide in shadows to gain advantage over your enemies. You can also interact with doors, buttons and elevators to reach certain areas in the map.

A lot of the enemies you encounter are actually clones of Hardboiled designed by Putzki. Seeing as they’re exactly the same as you, they also are able to roll around, or more annoyingly, hide before you can even shoot at them.

Fortunately, you can collect different weapons that help you in your mass-murdering campaign, such as pistols, uzis, MP5s, shotguns, and grenades. Basically the only things you really need to worry about are your health and ammo levels.

While the controls are fairly simple, there are also many puzzles to amp up the difficulty. Most of them involve moving around crates to reach certain areas, finding keycards for doors and searching for hidden items. There isn’t really anything new about the game in terms of the mechanics. In any case, with all the gameplay elements considered, it felt very gratifying to play — especially when you get to drill bullets into enemy penguins, who will be definitely bouncing up and down from the impact, feathers all aflutter. Clearly, having animated animals isn’t reason enough to cut down on the bloodshed. 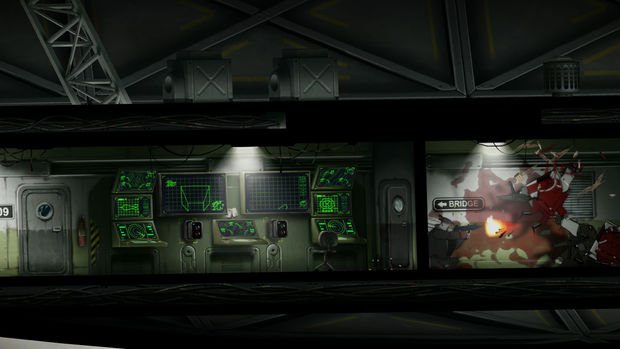 The new mission I played had Hardboiled strapping on a jetpack in order to reach an aircraft and blow it to pieces. Unfortunately, Putzki sends another mob of soldiers to foil his plans. While pushing the X button to keep flight, you also have to shoot enemies mid-air all at the same time. I found that targeting with the left stick is a bit tricky at first, but it becomes easy once you find the balance between shooting and flying. What truly poses a challenge during this round is the homing missiles sent your way. You have to avoid them at all costs, or better yet, make a trail to your enemies so they’ll get hit instead of you. 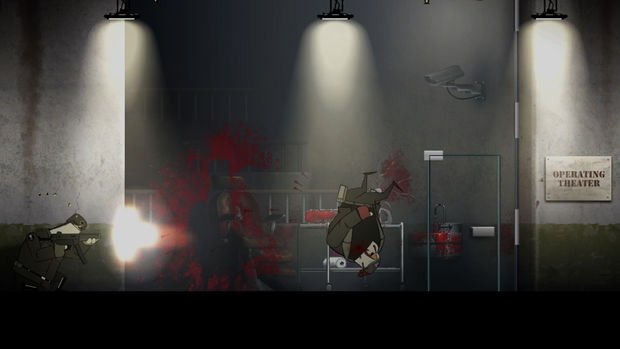 In another new add-on, we see Hardboiled captured and trapped in a prison. To help him escape, we are given a fun, new weapon to play with: brain bugs that let you control enemies. Like a grenade, the bug should be thrown at an angle so that it can reach the intended victim in an explosion of putrid green smoke. Once you’ve infiltrated the ranks of security, you can cruelly shoot an unsuspecting, fellow guard, whose final jape would be “Earl, you look different today. Why do you smell like cabbage?”
Even crueler, once a mind-controlled guard has served his purpose, you have to force him to commit penguin seppuku and shoot himself in the head. Nevertheless, this chapter stands out for me in how it was able to inject dark humor into the story and dialogue.

While Rocketbirds: Hardboiled Chicken has the premise of an action-film parody, through its art and musical direction, it becomes something more than just a quirky platformer. The music is tailored to the stunning visuals, and the style really sets a memorable tone for the game. Simple and yet elegantly clever, this is surely one of the games I’m looking forward to this October.