Given how popular sniping has become in shooters these days, it’s rather odd that there haven’t been many games focusing on this mechanic. There have been a few here and there, sure, and you may have even seen a sniper cabinet at your local Dave & Buster’s, but the genre still hasn’t seen the same success as your typical run-and-gun war title.

Rebellion Games is looking to change this by revisiting their Sniper Elite franchise with Sniper Elite V2, which places you in the boots of a lone sniper during World War II. If you have been getting a bit exhausted by the current barrage of modern shooters, Sniper Elite V2 looks to provide a refreshing throwback. 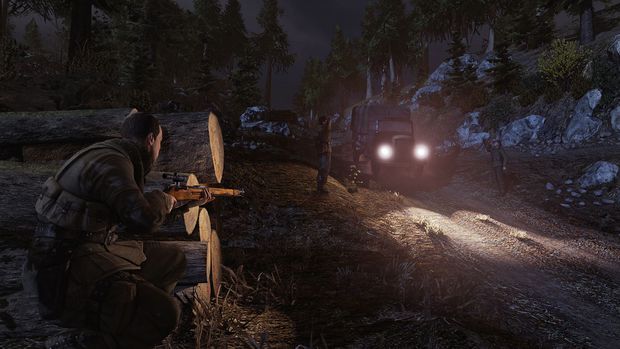 The big question you may be asking is why Rebellion Games set Sniper Elite V2 during World War II, and not the present day. To put it simply, creative head Tim Jones feels the era offers a greater sense of raw combat, with more emphasis placed on a lone soldier and his peacemaker as opposed to a soldier equipped with a nifty gadget belt. Had the game been placed in a modern war, there wouldn’t be the distinct feeling of desolation that Rebellion was looking to provide, because there would always be a gadget assist in your back pocket.

And “desolation” is the best way to describe the gameplay in Sniper Elite V2, though Jones also used the word “personal.” You go it alone on this front, fighting your way through back alleys and bombed-out buildings as elite U.S. sniper Karl Fairburne, with the primary objective being to take out a group of V2 rocket scientists before they defect to the Russians. 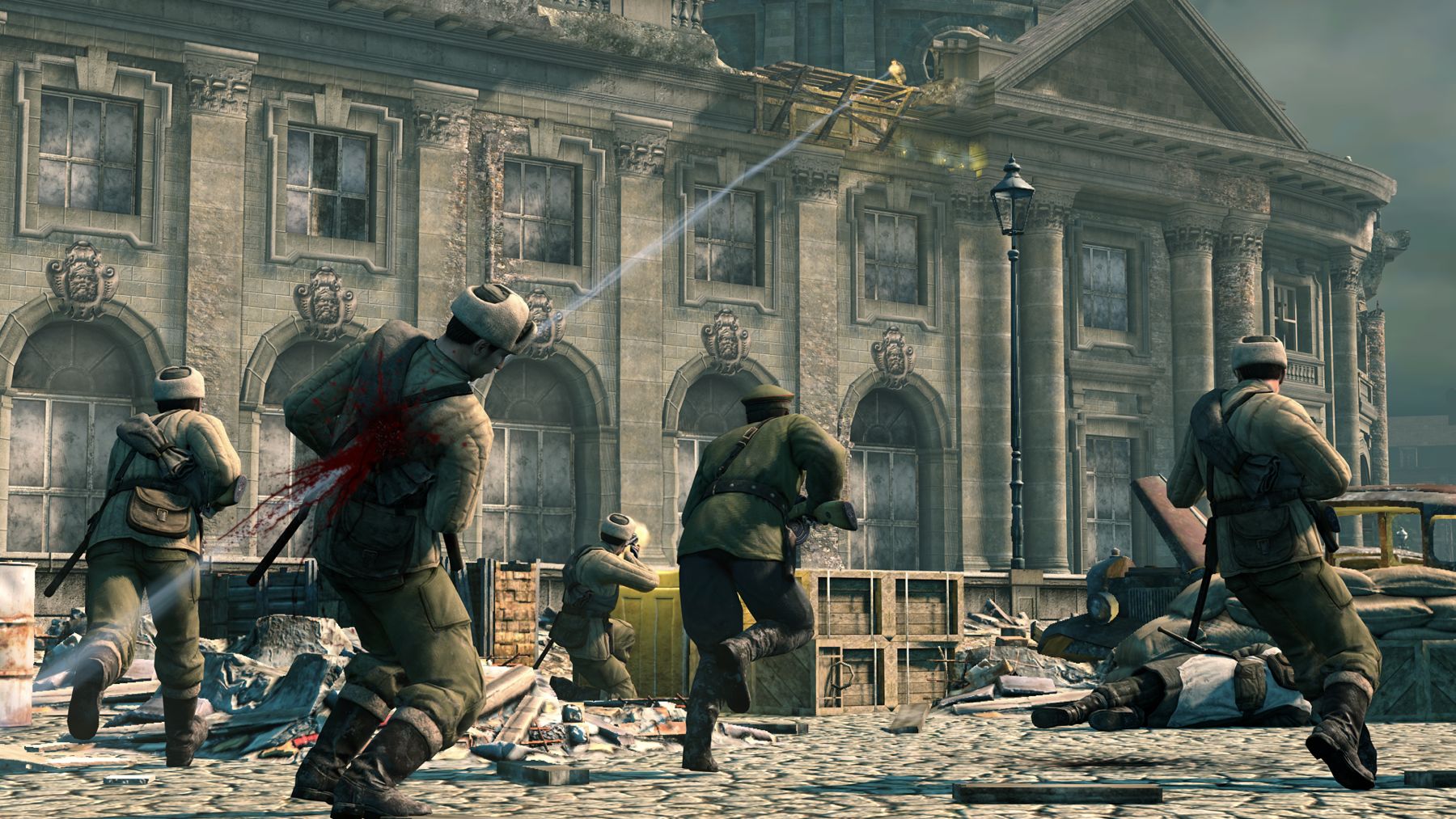 As I watched the gameplay demo, I couldn’t help but be reminded of the first gameplay demonstration of Metal Gear Solid 4: Guns of the Patriots, where Snake was traversing a war-torn Middle Eastern village during a battle. In V2, there are missiles flying through the air, bullets crackling in the background, and soldiers around every corner. All of this is happening, mind you, as you try your hardest to leave no trace of your existence. Being seen by even a small group of enemies could prove to be fatal, as close-quarters combat against, say, a Thompson, isn’t the best route to take. Remember, this is 1945, so guns have crazy inconsistencies with recoil and accuracy, which, by itself, makes the mistake of being forced into such a situation even greater.

When you are lying low and sniping from a distance, you have a great deal of mechanics to play with. You could, for instance, just go all-out and try to snipe everyone in your path as quickly as possible, but you can also lure enemies out by injuring one, leaving him defenseless in the open as others come to his aid. Yes, you can be that jerk from Full Metal Jacket. You can also purposely attract enemies to your current position, and surprise them with a cleverly placed trip mine. Ideally, you’ll silently take down enemies, and hide the bodies after doing so.

While there are no silencers to attach to the rifles in Sniper Elite V2, that doesn’t mean you can’t be stealthy. Ambient noise, such as a ringing church bell or a whistling train, is useful in that respect. If a nearby sound is able to hide the firing of a round, an icon will appear on screen, letting you know when the sound is at its loudest. At this point, you can squeeze off a shot and “silently” take out an enemy. If the situation allows it, you can rinse and repeat this formula in order to advance forward. 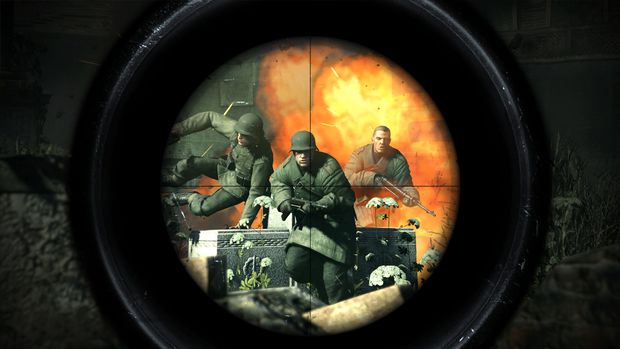 You’ll obviously be doing a lot of sniping in V2, but it wouldn’t mean much if the gameplay wasn’t rewarding. Fortunately, it is. After accounting for distance, gravity, heart rate, velocity — and, on harder difficulties, wind speed, where you need to track the direction of smoke flying and flags rippling — a successful shot will award you with a bone-shattering kill camera, which will follow your bullet from the barrel to its target. The detail given here is down to the last eyeball. Yes, I actually saw an eyeball pop out of its socket. But there’s more to see than that; you can see a once fully functional jaw become dismembered in an instant through an X-ray camera. What’s even better is that these animations aren’t canned, and will play out differently each time you see one.

A point system essentially grades each kill you make. The more difficult the shot, and the more accurate you are, the more points you acquire. Racking up your score amounts to personal bragging rights.

A handful of other modes are on offer in addition to cooperative campaign play. I was able to test out “Overwatch,” an objective-based mode in which one player takes the role of sniper while his teammate serves as a spotter. I played the spotter, with my primary objective being to go into the heart of the battle and use my binoculars to tag enemies. Tagging enemies will slap a red icon above them, making them easy targets for your brother-in-arms. 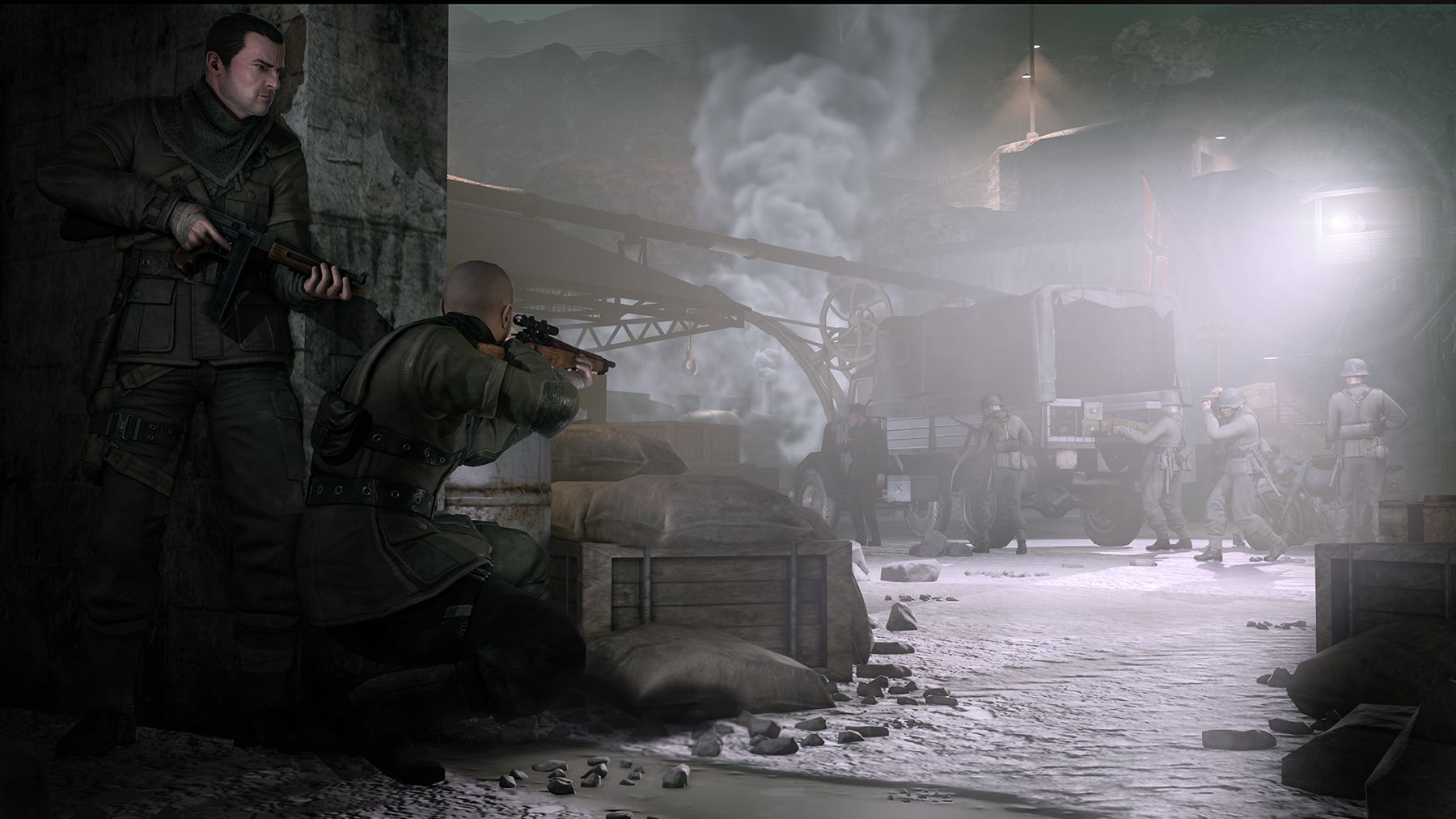 While I did have a submachine gun to defend myself, I relied more on my teammate than anything (again, SMGs are inaccurate, and they burn through ammo quickly). You’ll quickly learn that strategy and teamwork are key if you want to survive.

Releasing among a crowd of modern shooters, Sniper Elite V2 is actually a refreshing experience. Going back to a time where you have to rely solely on your wits to progress through a mission is just as fun and rewarding as firing from an AC-130 gunship. While you may have experience in war-torn Berlin from countless other games, going at it from a radically different perspective makes the whole experience a joy to play.