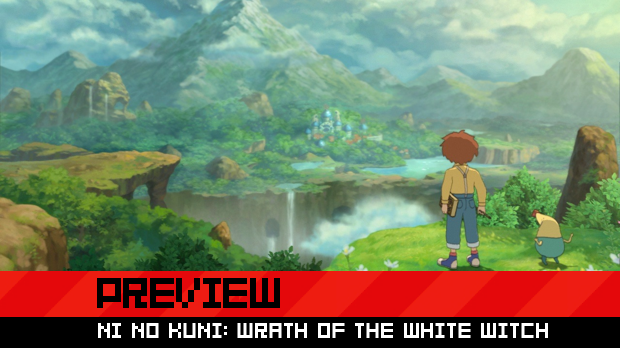 It’s been a long time coming, but we’re finally getting around to seeing a localized version of Level-5’s Ni no Kuni. There’s still a wait involved in getting our hands on the final version, as the release has been bumped to the first quarter of 2013, but at least we had the chance to see a couple of English language demos last week at a press event. 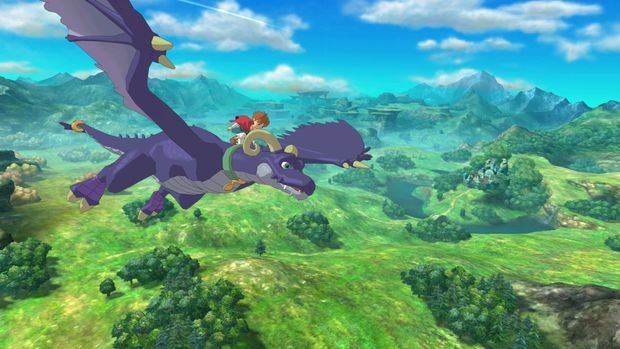 Ni no Kuni: Wrath of the White Witch follows a boy named Oliver in his story across two worlds. On the day that Oliver’s mother dies, he begins to cry, with his tears falling on a handmade doll that she made for him. Through these tears this doll springs to life, and it helps to guide him in his journey through a parallel world in the hopes of bringing his mother back to life.

This story is set to some of the most beautiful game visuals and animation I’ve ever seen. Level-5 wanted to go all-out from the inception of this project, so they brought on famed animation company Studio Ghibli to handle the animations and art, as well as fully animated cutscenes. This dream team managed to created a lush, living world that has to be seen in motion to be believed. Getting my hands on Ni no Kuni was like actually controlling a Studio Ghibli film, and that alone was enough to have me captivated.

Even with its pretty visuals and sweeping orchestral score (from star composer Joe Hisaishi), the charm would soon wear thin without solid gameplay. But, even with the event’s two very limited demos I could tell that Ni no Kuni holds promise. Both demos promoted free exploration of a town and its surroundings, with one focusing on the game’s battle system and the other on town navigation. 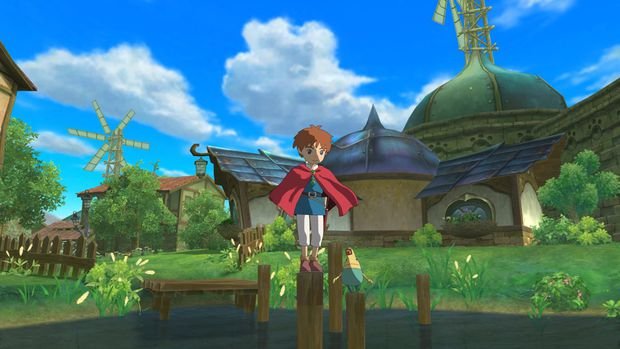 Exploring the sunny and colorful Ding Dong Dell on foot was just like walking through an animation. Every detail, from how NPCs moved to how Oliver’s cape flowed in the wind, seemed unbelievably film-like, so much so that I often found myself losing track of my goals. Again, seeing this in person is key. Even the lovely game trailers and commercials fall short of seeing the actual thing.

More on-foot exploration took place in the city of Hamelin, which was filled with massive buildings, detailed machines and creatures that looked like pig people wearing metal masks. Moving through town to find a palace put my party in the middle of a royal procession where a huge pig ship made its way through the streets. Pig people cheered as buildings seemed to lift off the street and make way for the procession, with one citizen calling it “hog heaven.” The game cut to a Ghibli animation clip of my party enjoying the parade, with the video quality being equal to any of the company’s famed films. The atmosphere was lively and enjoyable until one pig soldier let on that there is a law that forbids eye contact. This found my party in a suprise battle, up against a huge, robotic pig tank. 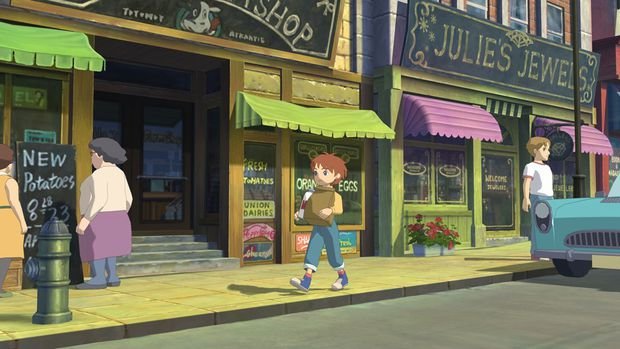 The battles in Ni no Kuni are not random encounters; you’ll be able to see wandering enemies on the overworld map, and can steer to avoid them. The fights themselves lean more towards the simplistic side, and while they have clear turn-based roots, the ability to run around while commanding party members keeps things interesting. In fights you’ll pick from one of your characters, called familiars, choose one of their available commands, and then begin moving around the circular playfield as Oliver to avoid attacks from enemies while your familiar carries out your command. Pressing the L1 button during these battles lets you change out familiars that may have access to different attacks and spells, and you’re also able to select Oliver for some direct action if needed.

While Oliver runs around and the commanded familiar attacks, other party members carry out assisting commands automatically. A tactical submenu lets Oliver guide their tendencies, letting you tell them to “go all out” or “do what you like.”

While the battle system sounds simple, there’s a fair bit of challenge to be found in even standard encounters, and I found myself on the ropes more than once. The action isn’t exactly fast, but there’s enough going on at all times to keep players busy with team management and attack types. While the type of battles in these demos were limited, some battle system depth was teased. For example, while fighting the pig tank, I found that most of my attacks were not effective. But, after switching to a familiar with a lightning attack I was able to weaken the tank in a sort of break mechanic. From there I could switch to a more physical familiar to hit it while it was down.

Being able to set commands and tacks while moving around to avoid attacks makes for a neat blend of active play and strategy, though I doubt that it will excite gamers used to the more advanced battle systems of modern JRPGs. Again, game play in Ni no Kuni is simple, but it’s simple in a charming way, and it pairs nicely with the animated world and characters. I think that anything more complex would have been a bad match for the world that Level-5 worked so hard to create. 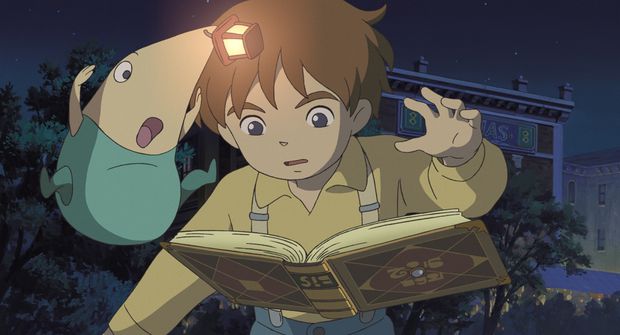 The localized demos showed glimpses of the new English voice work, and from those it seems that we can expect a high quality localization. Even the short animated cutscenes had full voicework, and everything sounded fantastic, holding up to the quality that we’ve come to expect from the Ghibli/Disney dubs of the films. Level-5 President Akihiro Hino says that there are over a million words of dialogue to localize, giving us some idea of why the process is taking so long. It’s nice that they’re taking their time to get it right.

As far as changes go for the localized version of Ni no Kuni, Level-5 was not willing to get into specifics, but had no problem hinting that “more is coming.” Hino said that additional creatures, DLC and other enhancements are in the plans, and that we’ll have to wait for those announcements later this year.

Ni no Kuni: Wrath of the White Witch will finally hit our shores in the first quarter of 2013.

Filed under... #Anime#Level 5#Ni no Kuni: Wrath of the White Witch#Role-Playing Games