It’s what you Wanted

Criterion says that they pulled some of the best bits from several of their racing creations to make their latest, Need for Speed Most Wanted. They also gathered inspiration from the classic franchise title of the same name. Put all together, they’ve made one crazy open-world racer.

I spent a good amount of time with both the single-player and multiplayer sides of Most Wanted at a press event last week, where plenty of crashing, bashing, passing, and cussing took place. I’m sure it looked like I was having a bad time with how animated I became, but good racing games bring out my road rage. I tried to assure others there that my screaming meant I was having fun. 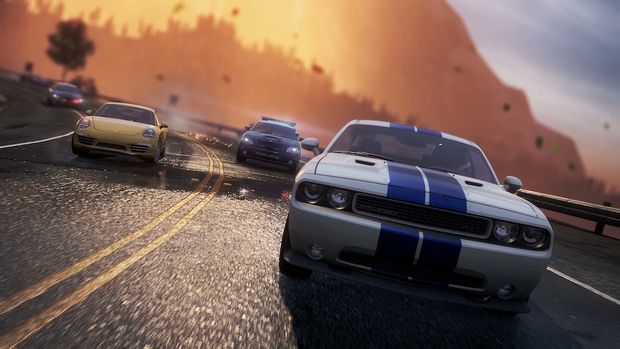 The fictional city of Fairhaven takes all of Criterion’s favorite American cities and mashes them up into one big locale, so you’ll feel like you’re in San Francisco one moment, and in New York the next. It’s quite large, and pretty varied as far as backdrops and set pieces are concerned, but it’s a city that you quickly get a feel for, which comes in handy when you’re up against several other batshit crazy drivers in a multiplayer match. Criterion did a great job with the city, packing it full of obstacles, ramps, tricky turns and satisfying straightaways to go nuts on.

This big racing sandbox is completely open to exploration in the game’s single-player mode, and is structured so that you can jump into a race or challenge at any time. A tap on the d-pad lets you operate a quick menu that has several challenges to pick from. Choose one and you’re given a waypoint to drive toward to start the next race.

You’ll want to keep your eyes peeled during your drive, as the parked cars of Most Wanted are free for the taking. Instead of racing to earn or unlock new vehicles, anything you find is yours to drive and add to your collection. By simply pulling up next to one and pressing a button, you’ll transfer cars instantly. With this new ride comes a brand new set of races to choose from, tailored specifically to the vehicle type. And that’s basically how it works — drive, find something new, race, earn experience, upgrade your car, repeat. It’s a rules-free automotive playhouse to get lost in, and there’s really nothing in the way of a storyline or ending, save for the Most Wanted racers. 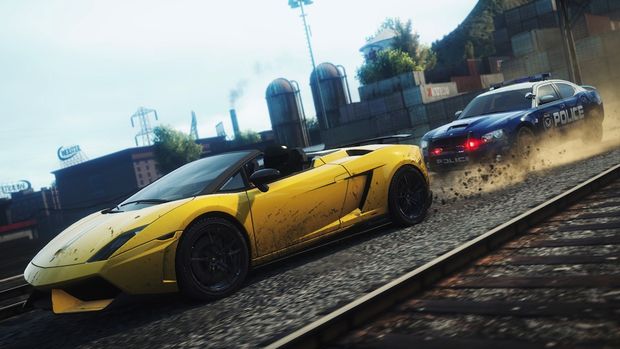 The Most Wanted is the name given to the group of ten elite drivers and their cars. These are special races centered around high-end cars that you’ll have to take on in a head-to-head race to move up the ranks. Defeating the car/driver lets you add that vehicle to your garage as well as opens the door to being able to take on the next highest-ranked Most Wanted.

These races are the type where the AI is tweaked so that they’re just a little bit faster than you. They always know the road better, corner better, and accelerate faster. And they get progressively more annoying as you work up the ranks. I found that the game’s many standard races and challenges were much more fun, as they seemed more natural and less scripted. Of course, you’re free to skip over these Most Wanted events and continue exploring and racing at your leisure, but if you’ve already initiated a match with one of them, you’ll randomly see them spawn nearby, zip past, and taunt you back into a race.

You are also ‘wanted’…by the cops. Speeding about town is going to catch the attention of Fairhaven’s finest, which will have them trailing you around town to pull you over. At their least aggressive, they’ll tail you with a single car, and you’ll probably be able to evade them by speeding off or pulling over. But at the higher levels of “heat,” you’ll find that dozens of cars are out to smash you to pieces, driving at you with full ramming intent. When the tire strips come out, you know you’re screwed.

In one session, I spent more than 25 minutes trying to get away from the fuzz, with the pressure escalating to a point where my heart rate had increased noticeably. I was actually sweating! The cops are overbearing, and you’ll want to punch your television when you get busted, but breaking away feels like a victory. Working your way out of a high-level heat is exhilarating. 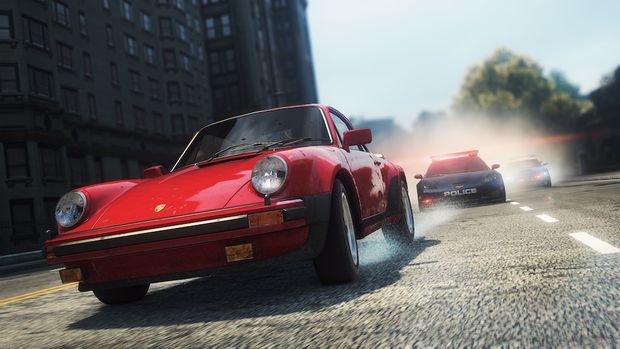 Thankfully, Need for Speed Most Wanted’s multiplayer is free of pesky AI challengers. Instead, rage at real people as they circle around you, slingshot by you, and plow into you. It’s a crazy free-for-all that is so much fun, I still can’t stop thinking about it. In fact, after one full day of multiplayer sessions at this press event, I dreamed that night of racing, ramping, and wrecking. For those who played Burnout Paradise and were hoping for more of this kind of madness, I can confirm that you’re going to love Most Wanted.

The racing action lies firmly in the arcade-y camp, with going fast being your only real priority. While you’re out there with friends, you’re best off never slowing down, or you’ll be left behind. Feel free to bulldoze lamp posts, signage, and even other racers and pedestrians — no one will fault you for it. See a friend? T-bone him in half — and get points! Everything about how the multiplayer is built encourages you to be a fast-driving, car-clipping asshole, and that’s what makes it great.

Our multiplayer session had the game randomly throwing out race challenges somewhere in the city at irregular intervals, breaking up free-cruising bouts. From the moment that the waypoint is set, all players race to that point to meet and begin the next event, with the first one there earning bonus points. The large, clear waypoints are nice, as they’re easily visible in the sky above the city, but the on-screen mini map is practically useless for navigating the city, so you shouldn’t take it too hard if you end up being last to the meeting point.

From that meeting point, anything can happen. You could all be thrown into a point-to-point race, or a top-speed competition. I really enjoyed the ramp/jump contests, which had us driving to areas where you could use the landscape to figure out how to jump over bridges and other obstacles. These are also party games that have less to do with racing and more to do with being a crazy stunt driver in a really expensive car. 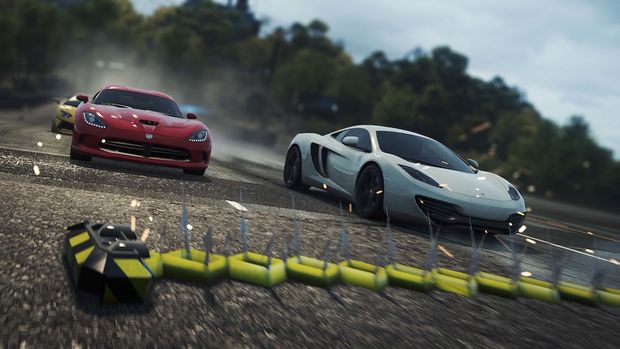 But for as much fun as Multiplayer is, I couldn’t shake that matches never felt fully competitive. Maybe that was because no one was ever on a level playing field with all the different vehicle types available. And with matches starting spontaneously, vehicles at the starting point may not even be facing the same direction. Cars that happen to be pointed in the right direction — or ones that are closer to the waypoint — had a head start.

I think the lack of an official starting line is a good thing. When you’re really just out to drive like a maniac with your friends, it seems silly to nitpick over small details like this. Leave the details to the racing sims. Need for Speed Most Wanted is best enjoyed in the way you would a Mario Kart match; it’s sufficiently competitive, but in a very relaxed way.

Again, if you wanted an arcade racer along the lines of Burnout Paradise, this is it. Criterion has focused on pure fun for this open-world driving sandbox, ditching simulations, realism, and even story lines. The single-player mode is enjoyable, but multiplayer is where it’s at.