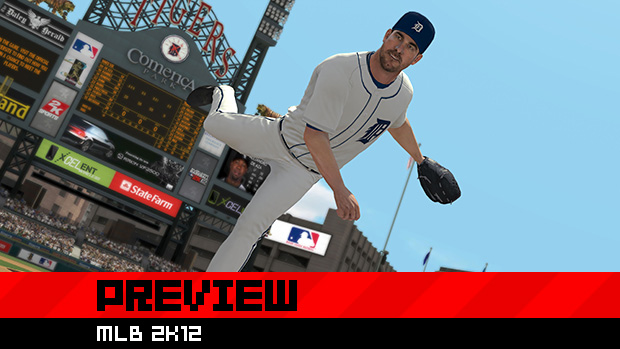 This is the third year in a row that 2K Sports is holding its Perfect Game Challenge for its MLB 2K series. They’re changing the format this time, but previously, the first person to throw a verified perfect game would win $1 million for doing so. In 2010, the contest’s inaugural winner was 24-year-old Wade McGilberry of Semmes, Alabama.

I discussed the specifics of his feat with him when 2K Sports flew him and his wife to New York to present him with his winnings. I specifically remember him telling me that he gamed the game somewhat: MLB 2K10 let him get away with throwing the same pitch to the same location — down and away — every time, to each of the 27 batters he faced.

If you try that in MLB 2K12, hitters will eventually make you pay. 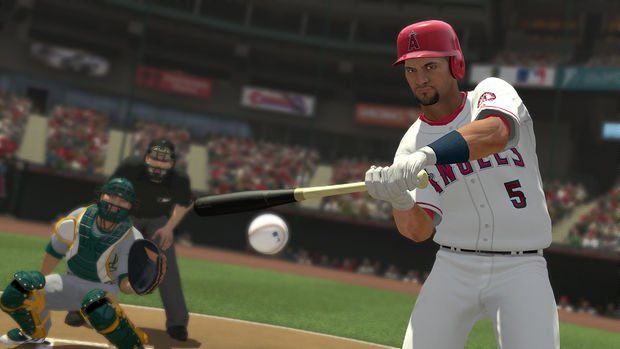 It’s unclear at this point whether Take-Two will renew its exclusive licensing agreement with Major League Baseball. But even if this is the last MLB 2K game, the developers at Visual Concepts aren’t phoning it in: they’re focusing on fixing gameplay instead of buzzword-filled new features, and I give them credit for that. It’s not a flashy approach, but if they pull it off, I expect fans to give the game a better reception.

Visual Concepts has fixated on the pitcher-batter confrontation, the heart of baseball. Unlike McGilberry in his perfect game, real MLB pitchers constantly mix up their strategies for attacking hitters. That’s what separates them from minor-league hurlers: they rarely abuse a pitch or return to a particular location in a certain situation. They have to adapt because they’re facing MLB hitters, who got to the big-league level by punishing pitchers who became predictable. 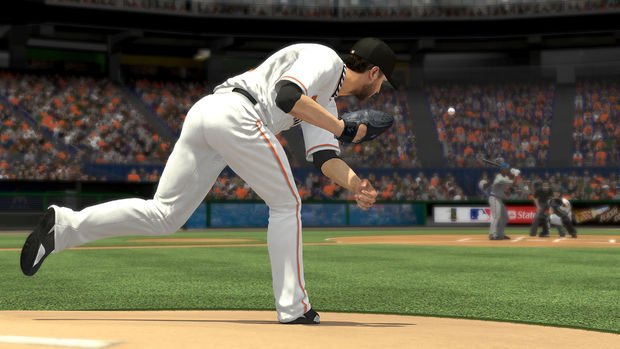 If you tend to go with, say, a splitter in the dirt on 0-2, and a shoulder-high fastball on a 1-2 count, hitters in MLB 2K12 will quickly pick up on that habit and learn to lay off. In addition, if the pitcher you’re playing with has four or five pitches in his repertoire, and you consistently stick to one or two, batters will come to expect them — and when a hitter knows what to look for, he’s much more dangerous. (The game determines the baseline frequencies for each pitcher — whether he tends to throw a certain pitch 8% of the time or 28% of the time — from his Inside Edge scouting data.)

MLB 2K12 gives you a good deal of feedback to tip you off to your tendencies. Analyst Steve Phillips might point one out with a comment. The visual feedback is more immediate and noticeable. All of your pitches are lined up on the left side of the screen as circular icons with numerical effectiveness ratings. If you’re beginning to overuse a pitch (that is, throwing it too often compared to the Inside Edge data), the icon’s background will turn from a neutral teal to yellow. That’s a warning that you’re becoming too predictable. If you continue to throw that pitch, the background will eventually become red, which lets you know that hitters are starting to look for it above your other options.

It’s also important to mix up your location and keep hitters on their toes. Going to the down-and-away well too often will cause that corner of the strike zone to turn black, which is a sign that you should go elsewhere. It’ll be tougher to hit your spots, though, since Visual Concepts has tweaked breaking balls to be more realistic. You won’t get the same sharp break on a 12-6 curveball if you start it above the strike zone as if you start it chest-high. At any time, you can pull up a screen showing exactly how many pitches you’ve thrown in each area, as well as Inside Edge data that illustrates a pitcher’s real-life pitch frequencies.

In practice, the adaptive hitting AI indeed made my life miserable when I began to overuse my fastball. A pitch’s effectiveness rating also drops when you give up hits with it, and it varies from hitter to hitter. I only spent an hour or so with the game, but I had a couple of long innings because batters began to hammer my outside-corner heater after they learned to expect that pitch in that spot. That was doubly true for Albert Pujols. He smacked my fastball in his first at-bat for a single, and when I faced him again two innings later, I noticed that the fastball’s rating had decreased. It appears that MLB 2K12 will really force you to adapt just as real pitchers do.

Visual Concepts hasn’t neglected hitting, either. Criticisms of past MLB 2K games always mentioned that they lacked hit variety — it seemed as if you’d keep seeing the same soft liners to infielders. New ball physics this year have greatly improved hit variety and distribution, and it’s all tied to the pitch that was thrown and the way the hitter made contact, just as it should be.

Throwing in the field has also seen a significant upgrade. The new throw meter dynamically responds to your fielder’s position. If you’re charging a slow roller and you cue up a throw that your fielder has to make on the run, the green section of the throw meter will be much smaller than it would have been had you allowed him to set his feet before throwing to first. Of course, the meter also depends on the skill of the fielder in question, so someone with a more accurate arm will have a larger “sweet spot” even if someone’s upending him with a slide as he’s releasing the ball. 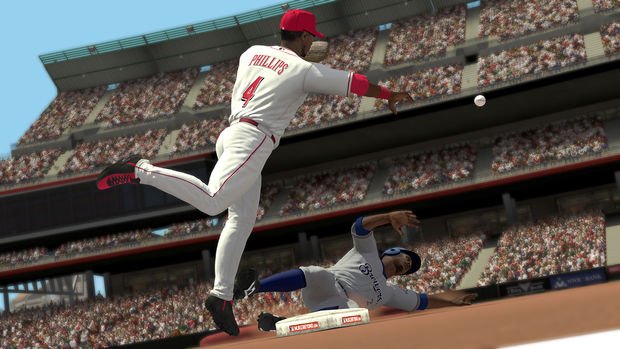 The one new mode in MLB 2K12 is called MLB Today Season, and it’s a spin on the traditional season setups in sports games. It allows you to play along with a real-life team, one game at a time. Let’s say you’re a Dodgers fan, and they lost the first two games of the 2012 season to the Padres. The MLB Today engine will import the exact scores and statistics from those games into your MLB Today Season, and you can pick up from there with the next game on April 7th and try to alter the course of the Dodgers’ season.

MLB Today Season forces you to play game-by-game, so you can’t play at any pace other than that of your team’s real-life counterpart. But by the end of September, the real Dodgers might be languishing in fourth place while your in-game Dodgers are celebrating an NL West crown!

My Player has also seen a tweak in the direction of NBA 2K12: you’ll select a role for your player that will affect the way your attributes develop. Speedsters won’t hit a lot of home runs, but they’ll be able to run down balls in the gap and steal a lot of bases. Sluggers, on the other hand, won’t be fleet of foot. 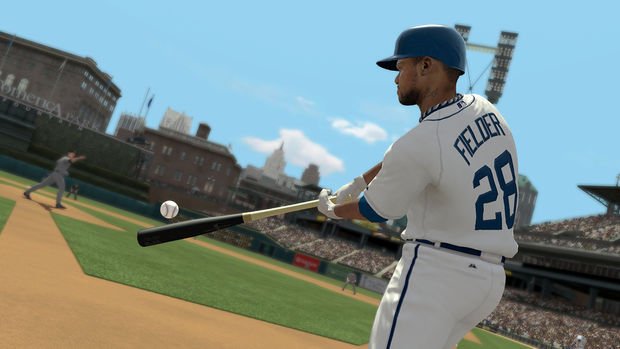 I’m still not sure that MLB 2K12 will be a legitimate competitor to Sony’s MLB 12 The Show. But I liked what I saw, and it appears that the competition will be as close as it’s ever been between these two franchises. Here’s hoping Visual Concepts finally gets it right.