Almost as soon as BioWare finally confirmed Mass Effect 3‘s long-rumored cooperative multiplayer mode earlier this month, they released a multiplayer FAQ to try and mitigate the predictable Internet backlash. I’ve never played a minute of a Mass Effect game (relax, they’re on my list), so I didn’t initially have an opinion one way or the other. And even so, I try not to judge games before I’ve had a chance to play them.

I got that chance at an EA press event in New York two weeks ago. In this case, the vocal dissenters might actually be on to something. 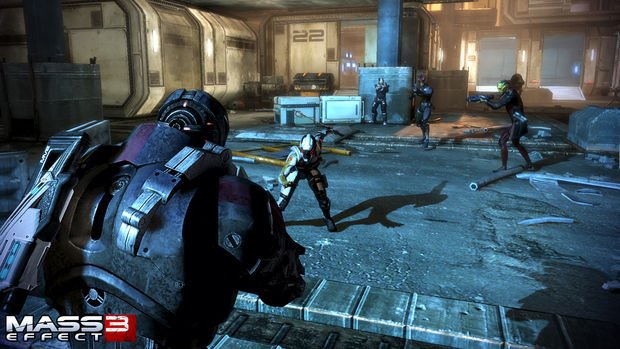 The Mass Effect franchise isn’t one that I’d been planning to jump into with the third game, but according to BioWare marketing director David Silverman, that’s absolutely possible with Mass Effect 3 — in fact, it has been a major consideration for BioWare during the game’s development, and it factored into the decision to bring a co-op mode into the series. Having laid the foundation with greatly improved combat, BioWare Montreal has created a way for gamers to play Mass Effect as a shooter with their friends, remain immersed in the franchise’s rich fiction, and work toward a better campaign ending.

In Mass Effect 3, the Reapers have returned to make war on the entire universe. Commander Shepard and his/her allies are going to have their hands pretty full with that threat, obviously, but you can help them out by taking the fight to the Reapers cooperatively. The co-op mode is the main part of “Galaxy at War,” a setup in which you prepare for a counterattack against the Reapers. In co-op, this is accomplished by traveling to hotbeds of conflict scattered throughout the galaxy in an effort to marshal resources for the war effort. These supplies will manifest themselves as Shepard’s “Galactic Readiness” rating, which will factor into his success against the Reapers in Mass Effect 3′s final battle. (Fear not, co-op haters: You can eschew this mode entirely and still obtain the “best” ending to the story.) 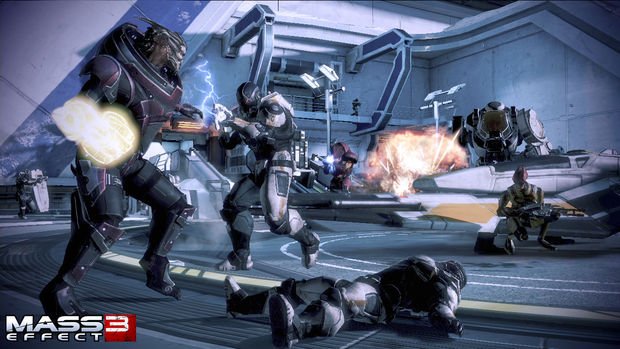 The “Horde”-style mode sees you join up to three other players to face twelve increasingly difficult waves of enemies in each galactic hotspot, with the final surge being the one in which your crew makes its escape. It’s not as simple as killing all the enemies in sight; secondary objectives include picking up data packets and defending a teammate while they perform a hack.

You won’t be playing as any of your favorite Mass Effect characters, but instead will be forging your own legend. In creating your co-op warrior, you can choose from six different races (Human, Asari, Drell, Krogan, Salarian, and Turian) — each of which has a unique ability, such as a Krogan charge — and the same six classes that are available in the campaign. Progression is capped at level 20, and you can upgrade your character’s weapons, armor, and powers along the way. Maxed-out co-op characters provide a buff to Shepard’s forces in the form of a “squad leader.”

If most of this sounds rather rote to you, then we’re on the same page. Based on my very limited co-op playtime — I was only able to play for about ten minutes — I think I can best describe the mode as… pedestrian. Admittedly, I might have enjoyed it more if I were familiar with the Mass Effect universe, but except for the aliens’ various special abilities spicing up combat encounters, I didn’t see anything particularly interesting, let alone remarkable. Ignoring some noticeable AI bugs (this was a pre-alpha demo), the mode just felt generic to me: I was shooting aliens in a futuristic sci-fi setting, and I didn’t think that was engaging enough on its own. 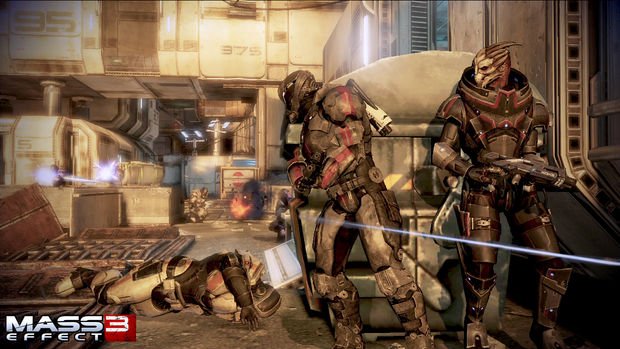 Don’t get me wrong: the mode isn’t bad or anything. It’s impressive that BioWare has upgraded the series’ combat to the point where a co-op mode such as this, one that’s played as a third-person shooter, is even viable. And it’s possible — likely, even — that Mass Effect fans will find its progression and overarching story context compelling. Maybe there’s some strategic interplay between the races/classes, or some mind-blowing stuff that BioWare is keeping under wraps. But I didn’t get enough of a sense of that in my short demo, and with the fiction’s trappings stripped away, the mode’s moment-to-moment gunplay seemed merely competent. From what I’ve heard, Mass Effect 2 was outstanding; competence from its successor shouldn’t suffice.