Point-and-click adventures are one of my favorite genres, simply because they usually expect you to think about what you’re doing instead of just plodding along from point A to B. Resonance doesn’t seem to be an exception to this rule, and from what I have played so far, it will seriously challenge you to think.

So far, the game promises a dark and complex story, interesting characters, and maybe even some romance. After playing the demo, Resonance can’t come out soon enough for me. 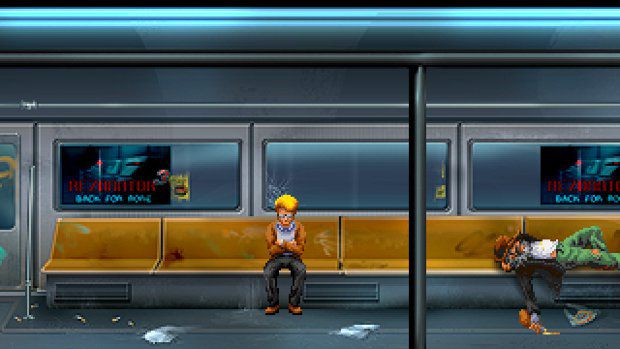 Resonance opens with a mystery, showing news of a terrible, world-wide event. Twelve locations across the planet have been attacked, and there is no real information on what happened. The most you get are shots of various locations with sections removed from them. You are then taken back 60 hours and introduced to Ed, a young-ish mathematician who works for a Dr. Morales. After a phone call from Morales in which he expresses concern over his research on Resonance, fear of being followed, and intent to destroy all of his work, you are taken to a screen showing four time pieces with different times on each.

In the very first introductory segment, you are given the chance to familiarize yourself with some of the game mechanics (and there aren’t many, though the adage “quality over quantity” comes to mind). The left mouse button allows you to interact with people and objects as well as to move, while the right mouse button is used to examine your environment. So far, everything is typical point-and-click fare, but here’s where it gets interesting. Instead of having just an inventory to hold items (and maybe your notebook for notes and clues), you also have STM and LTM, which stand for short- and long-term memory. 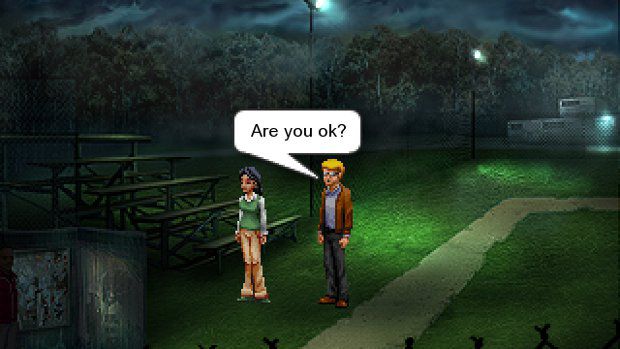 STM is useful for using the environment in conversation. You get three slots in this section, and anything you can examine can be placed in a slot. During conversation with another character, you have the chance to click on any item in your STM and bring it up in dialogue. Not all items in your short-term memory can be used during a conversation with every person, but there are some points where you will need to use STM items to progress in the story.

LTM is similar in that you can recall something from your long-term memory during a conversation. You don’t need to drag and drop anything into your LTM, however. Items or events of note will be placed in there automatically during your adventures and cannot be removed. Not only can they be recalled during conversation, by clicking on them at any time, you are given a sort of mini-flashback that allows you to go over certain key pieces of information, in case you missed anything before. This brief explanation of short- and long-term memory doesn’t do them justice, but it seems to be a huge mechanic in the game.

After the initial introduction to each of the four characters (Ed, Anna, Detective Bennet, and Ray), you will get a chance to control more than one, switching between them via a panel at the top left of the screen. During the demo, only Ed and Detective Bennet were controllable at the same time, but each one brought different strengths and weaknesses to the table. The Detective is more brawny and did some of the heavy lifting, while Ed was smaller and could fit into tight spaces that Bennet, with his larger girth, could not. Each also had a different way of approaching other characters, and it was amusing to watch how each of them handled the same conversation with the same person. With Ed, you are given the chance to move the conversation along or let the person ramble, but with Bennet, no such option is presented. He keeps the person on topic and to the point. 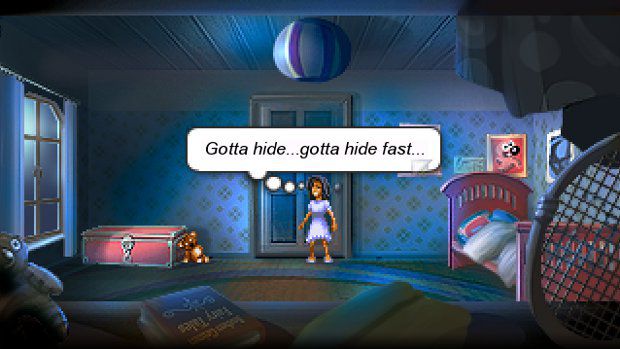 One last thing that should be noted is the point value system. Finding information, exploring, and solving puzzles get you points; dying loses points. In the demo alone, there were three places where death was a possibility, and once you reach zero points, it’s game over. One of the deaths was completely avoidable (and dying there took the most points), but two of them were less easily dodged. For those, not many points were deducted, and once the points were, the option to rewind to redo that part was presented, instead of having to start over from the beginning of that section.

The demo for Resonance promises some pretty incredible storytelling and gameplay, and I am eager to see if the rest of the adventure will be as much of a thrill as the first three chapters. Between the suspense, mystery, and puzzles, this should be quite the tale. Everything so far serves to draw you into the story, from the expressive voice acting to the mood-setting music and even to the environments (which were downright creepy at times). Anyone who enjoys this genre should be looking forward to Resonance, since I think XII and Wadjet Eye have a real gem here.