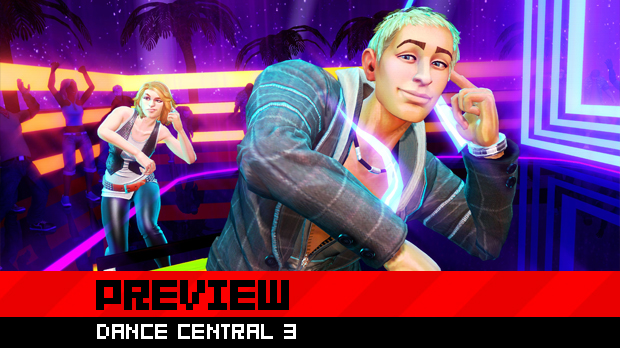 With a mostly sorry launch lineup, Kinect’s first-year appeal came almost entirely from Dance Central. Since then, it too often feels like this series is solely providing the legs for Microsoft’s motion platform. Less than a year later, Harmonix gave us a follow-up with all the sequel bells and whistles (new modes, more songs, etc.).

Dance Central 3 seems to be taking a similar route. There are no big shakeups to the core gameplay, but it does bring a slew of new content to ensure the party does go on. 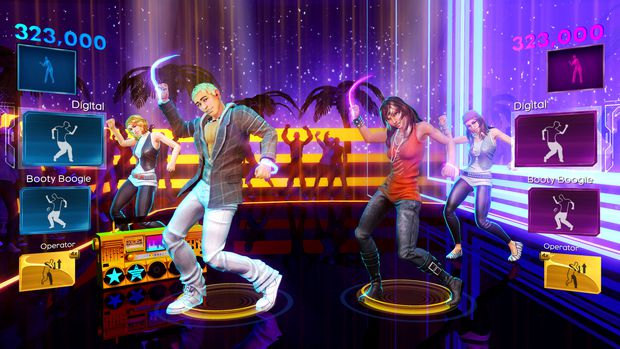 New to this year’s game is the inclusion of a story mode. Yes, a story mode. The plot follows you as you attempt to join the ranks of the Dance Central Intelligence (DCI). You see, the evil mad scientist Dr. Tan has been building an army of evil dancers and sending them through time warps in order to learn the dance crazes of each decade in an attempt to use those moves in the ultimate dance off that will forever stop the party. Being the super saver defender of all dancing crime that you are, you will go back in time as a DCI agent to learn all the dance crazes dating back to the ’70s and combat Dr. Tan to make sure the party never stops. If it’s not already clear, the story is balls-to-walls insane and not at all taking itself seriously. As a means to move you along the main campaign mode, it isn’t really needed, but it lays the cheesiness on so thick that you can’t help but give in and crack a smile or two.

More than just serving as a crazy plot point, time travel brings with it a few key changes to Dance Central 3. The biggest, of course, is the addition of dance moves from the 1970s onward. Your main task, apart from high scores, is to find five dance moves hidden within the routines that you will be performing through the decades. Once you nail each routine in a given decade, you decipher then perform the completed dance craze — in our 1970s demo, for example, we unlocked the Hustle. Perform it correctly, then its on to the new decade. 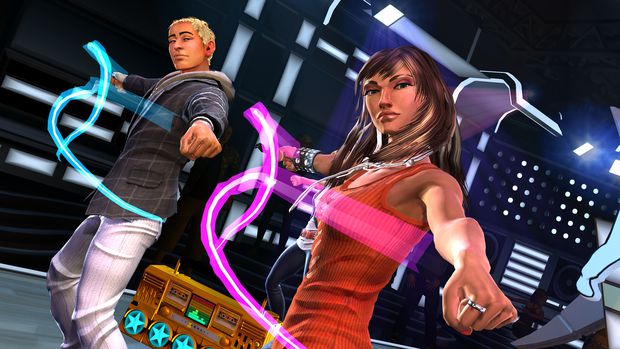 Story mode is all fun and well, but the crux of the Dance Central experience has always been its multiplayer modes. The first mode shown off was a interesting twist on the traditional Dance Central experience, called Strike a Pose. As the name suggests, Strike a Pose has players striking individual poses in a routine rather than performing a full dance move. So instead of actually dancing, you would just hold a pose for a few seconds at a time. An interesting addition, to be sure, but a welcome one for those with two left feet. If you suck at Dance Central (like Dtoid’s very own Max Scoville and Tara Long proved during their time with it), Strike a Pose is a great way to get acquainted with exact positioning.

Of course, if you just want say “to hell with learning choreographed dances” and instead create your own, you now have that option in the Make Your Move mode. As obvious a title as “Strike a Pose,” Make Your Move gives players the chance to flex a bit of their creative muscles and hopefully make their friends look like an ass in the process. In this versus mode, players take turns adding new steps to a routine while the others must match the additional steps. When a total of five steps have been created, the game mashes them up into one routine that both of you perform together. While the main purpose of this mode seems to be to encourage creativity, what struck the most was the back-and-forth dynamic. With both players making their own moves for the other the match, it feels about as close to a dance battle as we’ve seen in the series so far. 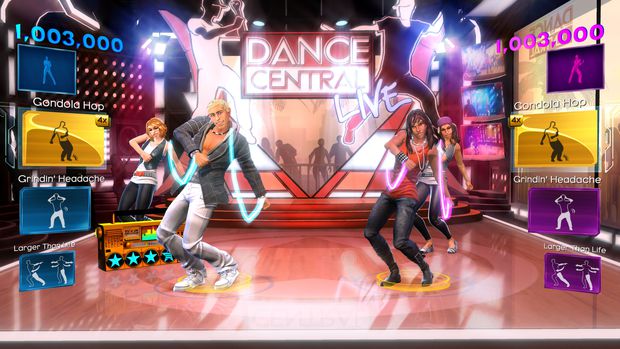 The final party mode shown off was also aptly named: Party Time. Party Time is built as a customizable experience — the default mode when playing Dance Central 3 in an actual party environment. You start by simply having two players walking into Kinect’s field of view and high fiving each other to start a match. From there, the game throws various modes and songs from a preset playlist, which can be customized beforehand in the options menu. The best thing about Party Time is its accessibility. Being tailored to a party environment, it’s a seamless experience to walk in, play a song or two, and back out until the next pair of would be b-boys step up and high five.

Simply put, if you have played and enjoyed any game in the Dance Central series, there is plenty here to be excited about. And of course, you will be able to import all the songs and from the first two games as well as the DLC tracks. Haters gonna keep hatin’, as there may not be anything to win you lot over, but if your Kinect has been getting little love lately, Dance Central 3 could be just what you need to put that spark back in the romance.