At the recent Paradox on Tour event, Paradox Interactive and Cyanide Studios unveiled their brand new dungeon crawling RTS game, Impire. Playing as the villain, you’re tasked with building an empire of imps (get it?) to restore your power and influence over the mortal realm.

Impire is an interesting blend of RTS and dungeon crawling gameplay with a humorously quirky story about a demon-lord’s rise to power. During our playthrough, we learned what it takes to be a true demon-lord and to conquer the world. 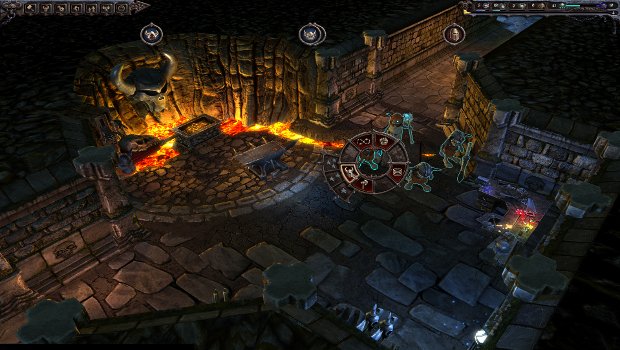 During our preview session, we were treated to the opening level in the single player mode. Players can choose to play the campaign in co-op mode with a friend, however Cyanide was tight lipped on the specifics. After the demon-lord’s reincarnation, he finds himself in the body of an imp — which has not only mitigated his abilities, but also left him with a bad temper. From here, we learn the basics of traversing the dungeons, recruitment, and forming squads. In order to rebuild his powers and influence, Baal-Abaddon must command a powerful army. 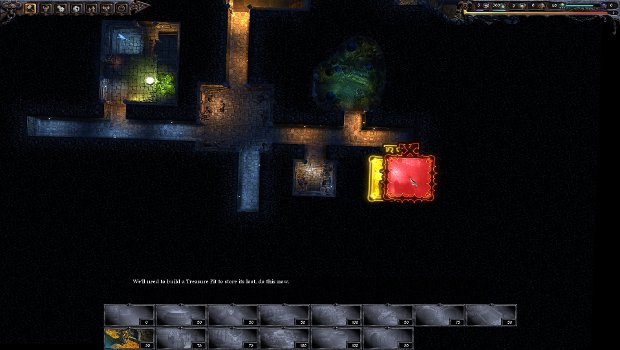 In the first dungeon, we’re introduced to the dungeon expansion abilities at the demon-lord’s disposal. Like many RTS games, you must build and collect resources on the field. After taking out the first mob of enemies, the demon-lord takes the abilities and resources from the slain enemies and creates several new ‘rooms’ around the dungeon. These new rooms can be used for mining resources, collecting loot, and building a nursery for spawning new units. It’s a pretty clever spin on typical RTS and dungeon-crawling mechanics. You’ll be able to build and rearrange different resource and support rooms around the dungeon however you see fit.

When clearing through different mobs in the dungeons, player’s units will absorb the essence of slain enemies, which can be used as resources for other units, or used to summon that specific class of monster. During the tutorial we saw two unique types of mobs, from close-ranged enemies to long-range archers. As the game progresses, you’ll come across a larger variety of enemies. You’ll even encounter hero characters, looking to put a stop to Baal-Abaddon’s conquest. Slain hero characters will leave behind essence which can be used to further enhance your units. As your units gain strength, so will the demon-lord. Over the course of Impire, Baal-Abaddon will evolve from his impish body to his true form of a powerful eight foot tall demon-lord. 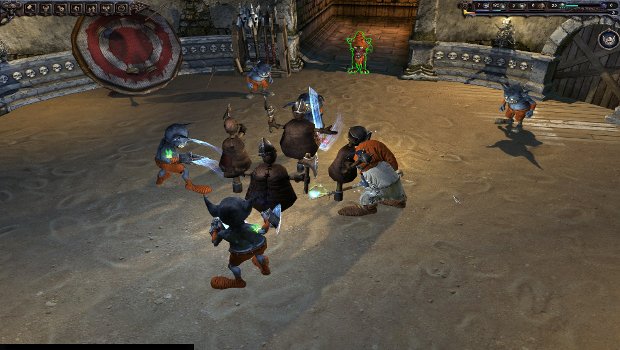 Despite being just unveiled, Impire is in a pretty groovy state. While there were a few bugs present, they didn’t do much to hamper the experience as a whole. You don’t take on the role of the villain too often in games, and Impire seems to be having fun with the concept. The game’s humor is very quirky and slapstick — it doesn’t take itself too seriously, which adds much to its charm. Much of the dialog between the sorcerer and the imps scattered around the dungeon were quite humorous, and Cyanide Studio were pretty excited about what’s in store for the later parts of the game.

Impire is set for release sometime in the first quarter of 2013 on Steam. Paradox Interactive and Cyanide Studio are excited about the potential of Impire, and while they remain tight-lipped on the co-op and 4-player multiplayer mode, they assured fans that new information and details will be unveiled gradually until its release.