I assume I’m not alone in lacking the ability to tell the difference between Dynasty Warriors games (or at least, between the ones of a particular console generation). I’ve played, or watched friends play, DW6 and DW7, but from those experiences, I mostly remember just hitting square and triangle a lot. That’s not to say that I have anything against the series — I mean, who doesn’t enjoy hacking and slashing hordes of peasants with ancient Chinese demigods, at least every now and then?

It makes sense, then, that Omega Force and Koei would want to make sure to differentiate the PlayStation Vita iteration of their long-running franchise from its console brethren.

After spending half an hour with Dynasty Warriors Next, I can confirm that it’s impossible to mistake it for any other game in the series… and that’s not just because it doesn’t feature high-definition visuals. 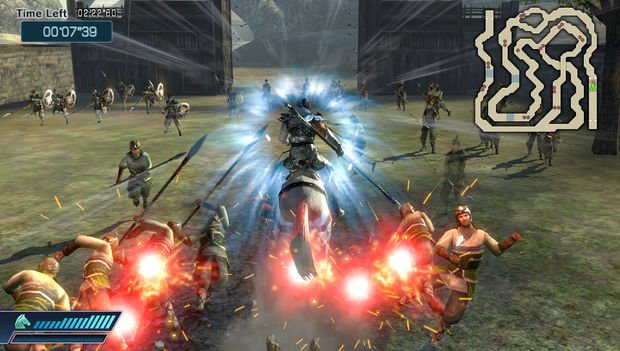 System launch titles usually go out of their way to demonstrate the various features of the platform, and DWN is no different. It’s designed specifically for the Vita, taking advantage of seemingly every single one of the handheld’s long list of technological talents. A lot of it seemed silly to me, but there’s also some genuinely interesting functionality to be found in the package.

The standard Campaign Mode lets you choose from 65 characters of various origin (Wu, Wei, Shu, Jin, and Other) and play through an episode pulled from Romance of the Three Kingdoms, the historical novel that spawned this entire franchise. It helps to know the individual stories: the subordinates you pick to bring into battle with you will be more effective if they’re actually relevant to the mission. Taking into account the way many people play handhelds — in short bursts — Omega Force has compressed battles for the Vita, so even the longest conflicts won’t take more than 20 minutes to complete. 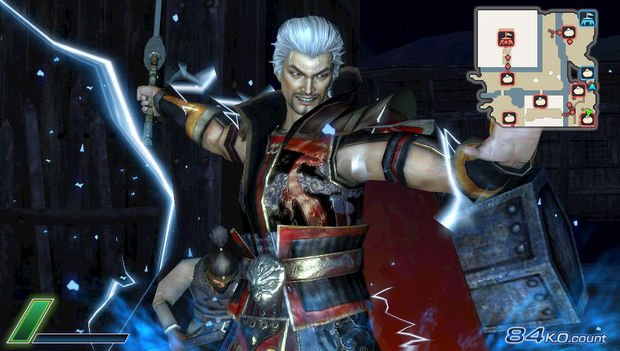 Conquest Mode is also a single-player affair, but you can interact with friends through the Vita’s web- and location-based connectivity. In case the name didn’t give it away, your mission in the turn-based mode is to unite all of ancient China’s disparate kingdoms under one banner, which is, of course, diplomatic phrasing for “make war on your neighbors until you’ve bent them all to your will.” Conquest is a much more strategic setup than the campaign’s set sequence of battles for each character; it resembles a game of Risk, with ancient China — instead of the whole world — as your playground.

Each territory on the Conquest map has its own level, and in order to be able to invade a nearby region, it must have a lower level than the place from which you’re setting forth. (Invasions play out as standard campaign-like battles.) In the mode’s economy, territories earn money, which can be spent on items such as buffs for your forces. The spoils of a successful invasion, in addition to increased income, include the ability to force a defeated officer to serve as an ally. Conquest strategy extends to defense, since you have to be vigilant for enemy incursions into your own lands.

This mode becomes even more intriguing when taken online. You can play competitively or cooperatively with up to three other friends over Wi-Fi, with additional bonuses through proximity with them (as detected by 3G and GPS). Upon defeating a human opponent, you can offer them a Mission Battle. Here, the two of you compete in one of four mini-games such as Race (tilt the Vita to control a horse and rider through an obstacle course) and Breakthrough (swipe on the screen and shake the Vita to defeat a horde of enemies); the winner earns some extra experience points, not to mention bragging rights, and a better ranking on the Conquest leaderboard. 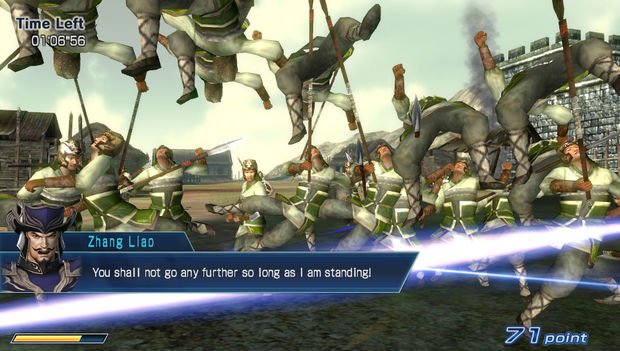 For a perhaps less contentious experience, you can join with friends in the four-player co-op Coalition Mode, which works through the Vita’s ad hoc connectivity (that is, your buddies have to be in the vicinity). I didn’t get to check out this mode myself, but it includes four different courses designed specifically for co-op play. In the Sentinel game, you have to hold off waves of enemies, while the object of Marauder is to capture all the bases on the map. Blitz tasks you with capturing the main enemy camp as quickly as possible, and Sudden Death is a twist on Marauder in which you’ll lose a life if you take one hit. For all its potential to destroy friendships, Coalition offers chances at rare weapons and items.

Omega Force has brought touch and gyroscope functionality into gameplay, mostly in ways that seemed like gimmicky contrivances. When you use the new Speed Musou attack, the game will prompt you to swipe on the screen or shake the device to rack up more hits. Occasionally, a “sudden encounter” will arise, and you might be asked to slap away incoming arrows on the touchscreen or target enemies with gyroscope aiming. The new duel setup, which I didn’t get to see, also makes use of touch controls.

Some changes are welcome. Tapping on the right bumper initiates a charge in any desired direction and keeps your combo meter going for a bit, like manualing between rails in a Tony Hawk game. The new move makes it much easier to maintain long chains of attacks. The life bar is gone — DWN features the modern “screen turns red when you take damage” health system — and it’s been replaced with the Break Gauge. When that’s full, you can unleash a powerful Direct Break attack, which allows you to capture bases in one shot; a base taken with a Direct Break can’t be recaptured by the enemy. 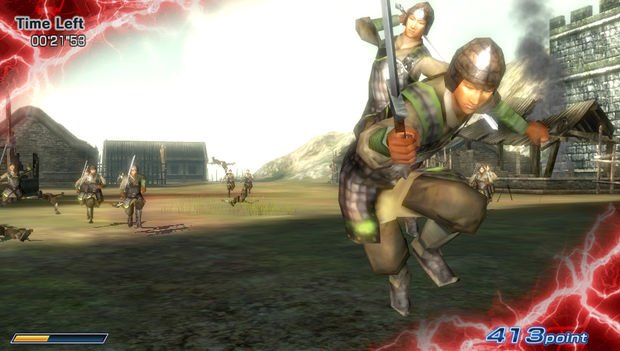 Although I didn’t feel the need for a lot of the functionality that Omega Force implemented, it was easy to see that there’s a ton of content in DWN. Heck, the studio has even brought back the fan-favorite Edit Mode, so you can create a character and blaze your own legendary trail. Look for a full review from our resident Dynasty Warriors expert, Jim Sterling, next week.