More badassery for your royal bad self

WHAT’S UP, BROHAMS! ARE YOU READY TO HEAR ABOUT A NEW BORDERLANDS 2 DLC CAMPAIGN SO F**KING AWESOME IT REQUIRES CAPS LOCK AND EXCESSIVE EXCLAMATION POINTS?!!!!!

Such is the insanity you can expect from the upcoming Mr. Torgue’s Campaign of Carnage, the second in the planned four DLC add-ons for Borderlands 2. 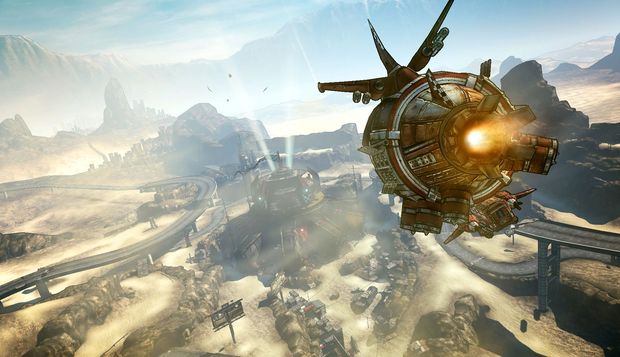 The story of Campaign of Carnage centers around Patricia Tannis’s discovery of a new Vault on Pandora. Unlike the previous two that needed to be opened with a key, this one will only open to the bravest warrior on Pandora. In order to prove yourself the greatest, Mr. Torgue (of the Torgue corporation) is hosting an arena tournament to find the biggest badass on the planet. He’s a welcome addition to the insanity that is the cast of Borderlands 2. Imagine a spoof of Macho Man Randy Savage cranked up to 11, and you have a fitting image of what he’s like. As the intro video tells us, he is all about “pecks, and explosions, ‘n’ shit.” His insanity is his hilarity, thanks to great writing and an amazing voice performance.

Like Pirate’s Booty before it, Campaign of Carnage takes place in its own new location, the Badass Crater of Badassitude. The Badass Crater itself sticks to traditional Borderlands fare; very arid, desert environments. That said, later in our demo, we did find ourselves in a more urban settings, having firefights in abandoned city streets and alleys. The buildings in these environments come with a good amount of verticality and present multiple paths, equivalent to about as much as there is in the main game.

Campaign of Carnage also brings with it quite a bit of arena combat. This is not, however, similar to what was in Mad Moxxi’s Underdome Riot in the first Borderlands. It’s more akin to what we’ve seen with the Bandit and Hyperion Slaughterhouses in the main game. Enemies will drop loot and give experience points for kills. Even here, the setup is a bit different. While you will still be fighting waves of enemies, they all won’t attack just you. Since this is a competition to find the biggest badass on the planet, multiple factions are thrown in the arena at once, making it a free-for-all rather than you against the world. 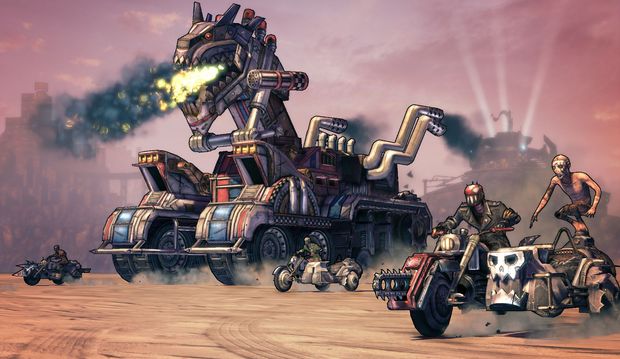 While arenas and crazy new characters are all well and good, the ultimate draw of Borderlands is the loot. As this campaign is very Torgue-centric, Gearbox has added new vending machines that carry blue-level Torgue weapons and up, with the item of the day always being orange. These goodies, however, can only be purchased with Torgue tokens, which are acquired through completing missions and from the occasional drop. In the limited time I spent browsing through the Torgue machine, it does not look like we will be drowning in these high-level items. The prices are steep and tokens are not easy to find. At the very least, tokens are not as hard to come across as the Seraph Crystals from the last DLC — their rarity seems to be equivalent to that of Eridium.

If I do have one early concern about Campaign of Carnage, it’s the painful lack of new enemy types. In our time with the campaign, enemies were essentially the same Psychos, Marauders, and Engineers we’ve been shooting and looting in the main game. There was one new brute-class enemy, but even he essentially acted like a Goliath, switching between shooting and charging according to range rather than a missing helmet. At the very least, there are some new attack patterns to enemies, such as Torgue engineers that can spawn and throw explosive barrels. Hopefully that changes later in the campaign, especially considering how fun it was fighting the Cursed Pirates, Pirate Ninjas, and Anchormen in Pirate’s Booty.

Still, if you like Borderlands 2, you will like this. The core shooting and looting quest structure is here, the writing is as sharp and hilarious as it every was, and for the hardest of the hardcore fans, there will even be a new Invincible boss to add to pantheon of Terramorphous, Hyperius, and Master Gee. Vault hunters, it’s time to head back to the Borderlands.