Do you think castles are awesome? Of course you do; everybody does. How about torturing naughty peasants in order to keep the rest of the population in line? Me too!

Stronghold 3 is for those of us who miss the days when strategy and simulation were best friends — that time when destroying your enemy and managing your food output went together like pickled eggs and beer.

It’s been over six years since Firefly Studios released Stronghold 2 to poor reviews and a mixed fan reception. From what I saw of Stronghold 3, they’ve spent the last six years heeding the suggestions of critics and thinking of a few ideas to get the series to turn heads again. 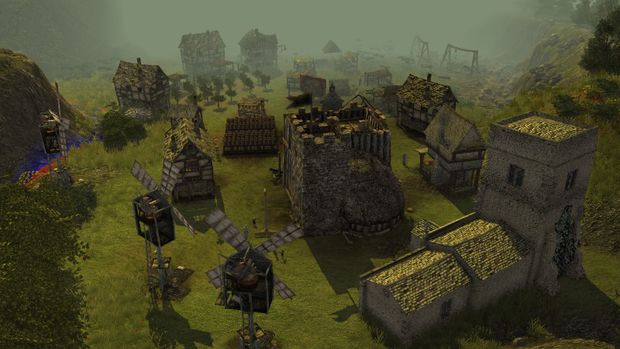 For those of you who aren’t familiar with the series, Stronghold 3 is a real-time strategy game where your goal is to build up a strong keep, raise a powerful army, and crush anyone that you might perceive as a threat. The game is also part simulation, which keeps things pretty interesting. Growing resources, upgrading fortifications, managing taxes, and keeping your subjects happy are but a few of the tasks you’ll have to do to ensure a strong monarchy.

I didn’t get to play the game, but observing it reminded me a lot of games like Tropico and Black & White 2 (minus the giant creature.) You take on the role of a leader and are in charge of everything that goes on inside the high, protective walls of your base. Want to be a noble lord? Lower taxes and make life easier for your subjects, at the expense of income. Tired of workers dragging their feet around the lumber mill? Then display one of them in a bloody, iron torture cage. That will put a spring in their steps! 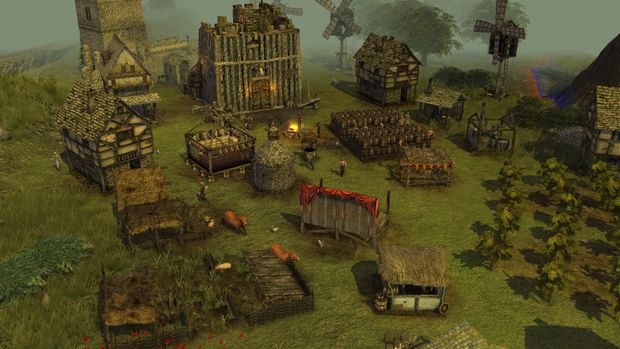 The strategy elements seem pretty basic, but deep enough to keep real-time strategy gluttons somewhat satiated. The game emphasizes defense more than offense, so don’t expect to be building armies 10,000 men strong. With that said, there is considerable depth in terms of how you protect your keep. Several structures, traps and wall types are at your disposal and provide a lot of potential for intricate defenses. As a fan of the film Braveheart, knowing that you can pour hot oil on attacking troops put a smile on my face. I’m evil like that.

Stronghold 3 has received a nice visual overhaul thanks to the German-designed Vision Engine. The previous two games in the franchise were 2D, but Stronghold 3 has decided to join the modern age and venture into full 3D. It’s not the best looking strategy game on the market, but the graphics do affect the gameplay in a variety of ways in part thanks to Havok engine

For instance, crumbling walls look pretty nice as they fall apart, bad weather can actually cause the morale of your troops to sink considerably and lightning storms can even be the difference between victory and defeat. Other cool effects include the fog of war kicking in during the night and making it more difficult to spot enemy attacks. Buildings are no longer built on a grid either and are instead free to be constructed anywhere without obstructions. 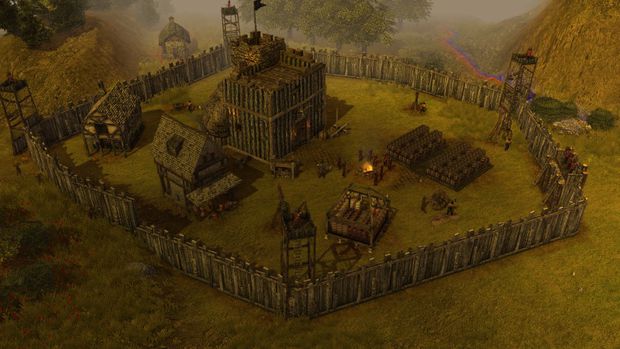 Firefly’s goal is to embrace the qualities that made the original Stronghold popular, scrapping the ones that made its sequel a bust, and adding a few new touches to keep things fresh. One feature that made my brow rise was their leaderboard: While Stronghold 3 has a typical scoring system that ranks you accordingly, you can narrow down your results based on location.

Say you live next door to some guy you really, really hate, who also plays Stronghold 3. Not only can you both set up camp based on your actual location (i.e. 5555 Asshole Neighbor St.), but you can also compete against each other directly. Mind you, a feature like this depends completely on the popularity of the game, but that doesn’t keep the idea from being intriguing.

One can only imagine what types of feuds (or brutal murders) could result of such an intimate leaderboard system. Come Fall of this year, perhaps we’ll find out. And if there’s actually an Asshole Neighbor St., and you live on it, then maybe you should keep an eye on this game. This preview is a sign!