5:08 PM on 12.14.2011 (server time)    0
So I found this mine on my way to a quest to deliver some moonsugar and the guy said do not go in there the druarger is going to have his way to you (we will see about that). So I entered this darkness of a mine founding my self staring at a Hole in the ground So I jumped down and this old men started to wake up and making this noises like they were smoking to much. So I helped them go to sleep again with my sword then after I put all the old men to bed I went on and found the Elder staring at his chest (it had no hair on it but a lock) So he saw me shouted something only old people can under stand so I thought maybe he was just up set about his chest so I gave him some "pain killers" here is the URL of this ( its a video )
http://youtu.be/MMxnB5wTEc8 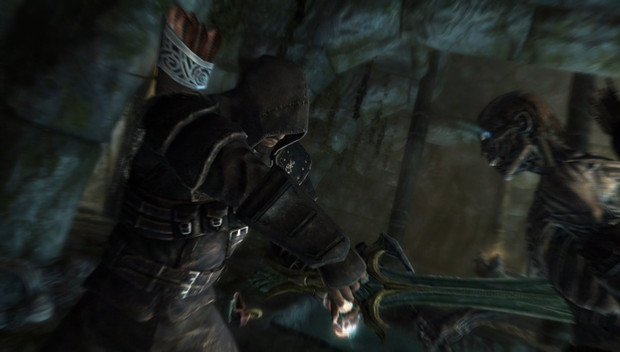