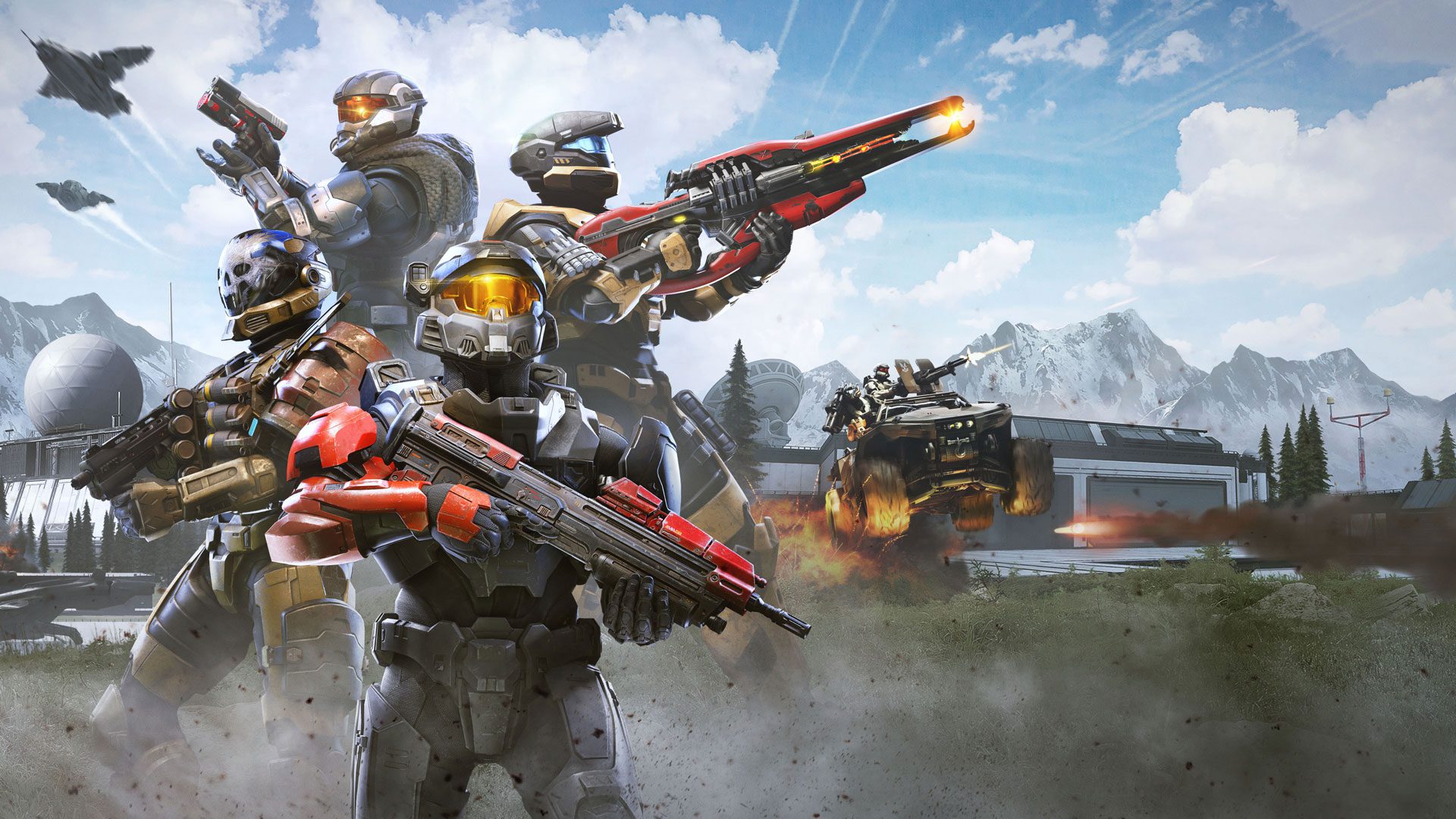 Halo Infinite might not last forever, but it could be around for a while

Every time there’s a new Halo release, it’s a perfect opportunity to tell the story of how I got into the series. I can’t resist!

So all the way back before the launch of the original big boy console, I won a Taco Bell contest for an Xbox launch kit. I had fully committed to selling it at cost to someone at school when given the opportunity, but before I did that, I played Halo. One day later: nope, no way I was giving this thing away.

Slowly but surely, I invited everyone I knew over to play it. Our crew went from zero Xbox households to four. Then it escalated to crimping CAT-5 crossover cables so we could run homemade LAN parties. I participated in regional Halo tournaments right as esports was gaining momentum. Looking back, I remember those times fondly not due to nostalgia, but because everyone I knew could participate: the series, like GoldenEye 64 before it, was a unique uniting force.

Halo managed to sway both people who had never played an FPS before, and seasoned vets like myself who had grown up on Wolfenstein and Catacomb 3-D. Over the course of the last few decades, it lost some of that staying power and its sway over the genre. But with Halo Infinite‘s free-to-play multiplayer component and its sprawling platform strategy with a Steam, Xbox One, and Xbox Series X/S launch, that could change. 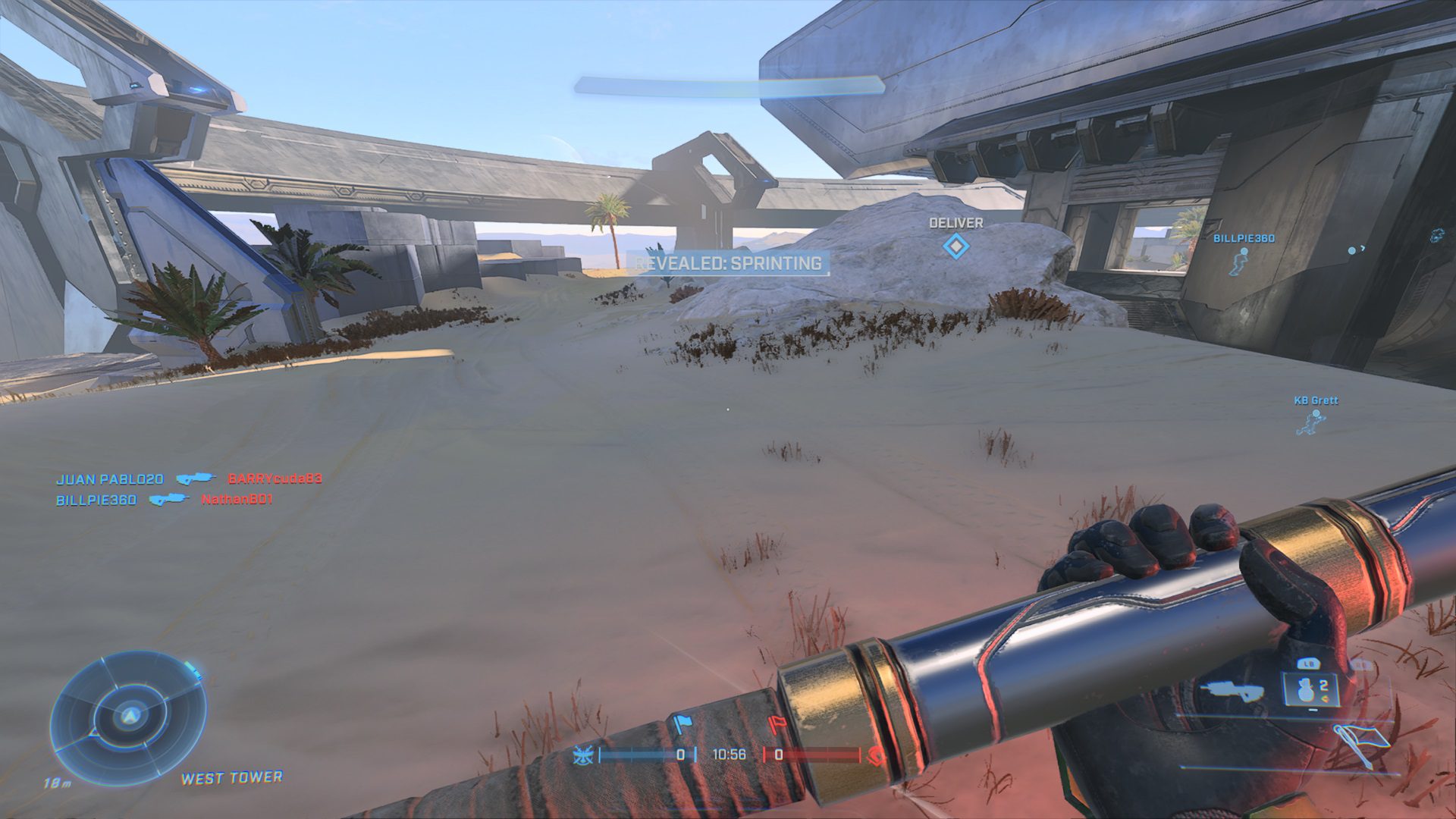 As I do with many strange and sudden launches, it’s time to talk a bit about what this thing actually is for the sake of clarity. What was released this week is a free-to-play multiplayer mode on both PC and modern Xbox consoles, supported by microtransactions (a store, plus XP boosts), and a season pass. The campaign is coming next month, and the forge and campaign co-op are coming later than that (presumably in a May 2022 update when the inaugural season ends). Now let’s get right into it and talk about monetization.

Right now, the season pass (a 100 level system where you earn cosmetic rewards as you rank up) is a severe case of give and take. I’ll give you the good news first: season passes in Halo Infinite do not expire. When May rolls around and the first season ends, you can still complete the pass if you want. It’s a very bold move, and completely eliminates any sense of FOMO (fear of missing out); a form of psychological manipulation that some passes use to get you to constantly log in and try the new hotness before it’s gone forever.

The bad news is that the Infinite season pass needs a lot of work. Progression runs at a snail’s pace, as you don’t actually get latent pass progress for playing. No, you need to complete daily or weekly challenges, some of which are random and/or annoying for a lot of playstyles. It could require anything from using specific weapons (which might not actually be available on a map if someone keeps taking it), or playing a certain game mode.

About that: Halo Infinite doesn’t actually let you pick individual modes in a playlist. Instead, there’s four general playlists: Vs AI, quickplay (4v4), big team battle (12v12), and ranked arena (no radar, battle rifle [BR] start). So you might get “play a match of Oddball,” and never actually see it after queuing up all day. You could say the pass needs to be “looked at” (one could argue that the piecemeal weekly “store” items are steep, too).

The pass is also weak from a content perspective, as a lot of the rewards are bland, or locked to a certain cosmetic suit set. That’s not really going to be a problem for some people who simply play games for pure enjoyment, and not for the sake of progression (ah, the olden days). As someone who straddles the line and does see both perspectives, I’m of two minds with the way it’s done now. I think developer 343 can have it all if they simply add the ability to gain pass progression for playing matches, and spice up the rewards while keeping them cosmetic. Speedier pass progression in line with other games would benefit everyone.

Oh, and while they’re at it, add some real-life currency rewards, like pretty much every other pass out there. To be fair, 343 wouldn’t be the first studio to miss the mark on a battle pass: nearly every facet of passes has historically been done poorly by someone. There’s plenty of time to address these issues.

As far as the playlist situation goes: I get it. The game just launched, you want a smaller spread of queues; even if I hope in the future this changes for the sake of variety. While you can’t choose the exact mode, all of them are fun in their own way and facilitate combat constantly. It was also brilliant to emphasize the tutorial portions of the game, as there’s going to be a lot of newcomers who need to get acclimated to Halo all over again, or are coming in for the first time.

“Quickplay” is actually quick, and easy to fit in during a short break or binge for hours. I was legitimately shocked at how fast some of the games are, which is a huge win in an era of shooters where it feels like matches can take 30 minutes or more. We need a non-realistic, non-hero shooter right now, and Halo Infinite fills that gap. It’s wild how everything comes full circle!

It’s just so good to play Halo again and have it feel like an event-level launch. It’s a blast to jump in a more relaxing arena shooter that’s not a battle royale or a realistic military-style format. I mean, I’ll still play them, but having the option to shoot neon bullets, toss ‘nades like it was an arcade game, and float around while jumping (and not have to worry about hero-specific tier lists or constantly updates/nerfs) is great too. Mechanically, combat holds up and so does the unique floaty locomotion.

Halo Infinite multiplayer is smooth and looks fantastic on an Xbox Series X, with arenas that are appropriately sized for each mode. Quickplay maps are big enough to feel like there’s room to move around and explore, but small enough where you can get back into the action in a few seconds (or literally as soon as you spawn and see someone in the distance). Big Team Battle maps are the same, scaled for 12v12 in a way that isn’t overwhelming, and ensures constant fights.

Power-up gadgets (like a hookshot, a deployable shield barrier, and so on) add a little nuance to the action, and map study (knowing where specific items and weapons are) is back with a vengeance., with no rote “loadouts” to level up and gate efficacy. It feels weird to be excited for an arena shooter again given that they were basically all we had back in the day outside of a scant few games like Delta Force, Rainbow Six, and a few others, but here we are. I’m happy that 343 was able to update Halo for the modern era but stay true to its roots.

Halo Infinite‘s multiplayer component releasing as a free-to-play system across multiple platforms is a bold move, and I think it’s a healthy one. Halo doesn’t hold the same cachet as it once did, so making it easier than ever to jump into a still relevant series is appreciated. If 343 keeps innovating, creating interesting events and rewards, and fixes the season pass, Halo Infinite could be one of the more talked about multiplayer games on the market. I hope the extension of the season until May 2022 allows them to deliver on that. Even if the campaign is a letdown, multiplayer has secured its legacy.

[This unscored review is based on a retail build of the free-to-play game downloaded by the reviewer. This covers the multiplayer portion of the game, with the campaign review coming at a later date, accompanied by a score that encompasses both aspects.]