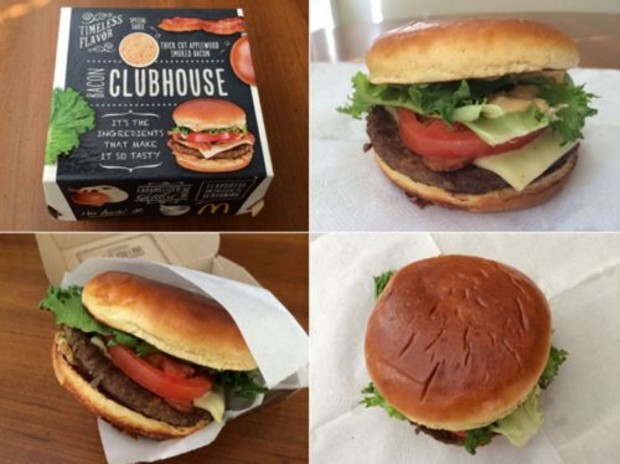 It's time to join the club

When I first heard about Bacon Club Cheeseburger, I was skeptical to say the least. Developer McDonald's is no stranger to anti-consumer practices, and the critically panned Black Halloween Cheeseburger convinced me that my days of being invested in the Cheeseburger canon were over.

Yet as new information about Bacon Club was released in the days prior to release, it started to look too good to be true. A return to form that we haven't seen since Double Cheeseburger? More meaty content not locked behind a paywall? It seemed as if it was an elaborate hoax, or the precursor to a cruel punchline intended to crush the spirits of Cheeseburger fans.

Yet now that I've experienced Bacon Club Cheeseburger in all its entirety, I can confirm that it delivers on all that it promised, and even a little more too. 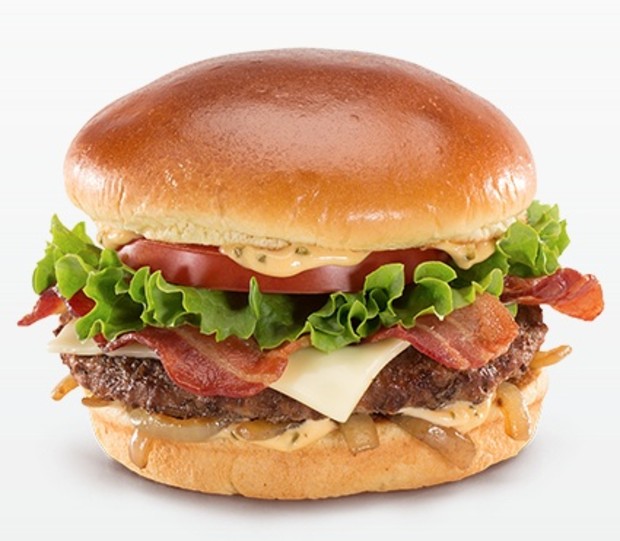 Bacon Club Cheeseburger
Developer: McDonalds Corporation
Publisher: [I think it's some guy named John? - JS] [You expect me to look that up for you? - Ed]
Released: [Can someone look this up for me? Thx. -JS] [This isn't highschool, do your own work. - Ed] [Wow, passive aggressive much? - JS] [Meet me in my office. -Ed]
MSRP: $5.49 (standalone), $7.79 (combo preorder)

The first thing you're going to notice about Bacon Club is how minimalistic its narrative is. It opens up with the text "satisfy your craving," and the player is left with no clear indication of story or character development for the rest of the adventure. Tried as I might, I scoured the meat of the game thoroughly and couldn't find any other story clues, though I was surprised that there was actually a bit of hidden narrative content that can be found by searching the box.

This unorthodox approach to storytelling may seem asinine, but it lends itself well to the overarching thesis that Bacon Club seems to send: the player is the top priority, and you should have it your way. While AAA titles have been struggling to find ways to blend gameplay and story elements without alienating those who are playing strictly for one or the other, Bacon Club leaves the story as an unspoken sidequest that can be pursued by those who are actually interested in unraveling it. In truth, the Bacon Club community has already made great strides in unraveling the many mysteries of the narrative, and those who are intrigued by meta story driven games will likely remember this one alongside titles like Dear Esther and The Uncle Who Works For Nintendo.

This would be meaningless if the core of Bacon Club was not entertaining, but fortunately McDonalds has proven that they are masters of their craft when it comes to Cheeseburger gameplay. Instead of wrapping all the content together in a tightly linear fashion like previous Cheeseburger games, Bacon Club utilizes a sandbox style approach to gameplay by setting the game in an actual box. This may seem bit jarring at first, but this small change gives players freedom in choosing what content they'd like to experience while simultaneously providing a convenient venue to save other pieces of content for later. Some gamers will inevitably complain that this shift in design is an effect of videogame homogenization perpetuated by the likes of Ubisoft and E.A, but those who approach the game with an open mind will be pleasantly surprised by all that Bacon Club has to offer.

And my oh my, does Bacon Club deliver on content. Gamers have long decried McDonalds for withholding the popular Bacon expansion pack behind a paywall in previous Cheeseburger games, but true to its title, Bacon Club ships with both a full featured Cheeseburger and Bacon without needing to shell out any extra cash. Though reviewers are usually not asked to take price into account when reviewing a videogame, I'm going to do it anyway and state that $5.49 for all the content Bacon Club packs is a great deal. The Bacon expansion virtually doubles the amount of meat contained within the game, which is saying a lot given how much content is there to begin with. Though Bacon Club's content may not reach the euphoric heights of other Cheeseburger style games from other developers, there's still an impressive amount of quality for players to sink their teeth into.

That said, Bacon Club still has an edge over the before mentioned competitors by being equally as viable to enjoy both portably and in a home environment. The bite sized nature of the gameplay in Cheeseburger games has always lent itself to excel in this area, and despite all its changes Bacon Club is no different. In fact, a gamer could in theory enjoy Bacon Club while playing another videogame altogether, so gamers can experience the thrill of purchasing a new product while simultaneously working to minimizing their gaming backlog. 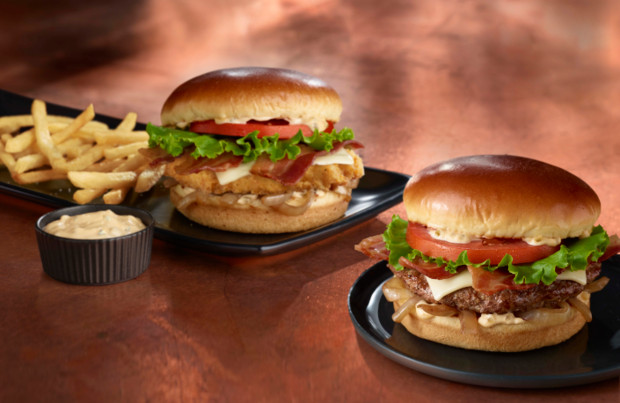 As a videogame reviewer, I'm always looking for a paradoxical combination of videogames being an entirely new experience while being something I'm familiar with so I can play and review it quickly, and in this regard Bacon Club met my expectations in spades. Some gamers will inevitably argue whether Cheeseburger games can adequately count as videogames to begin with, but the reality is that Bacon Club is an enjoyable package filled to the brim with content that should appeal to anyone who owns an Xbox or a Nintendo Playstation. To be concise, it's like what would happen if Mass Effect and Skyrim had a illegitimate child with Assassin's Creed and Final Fantasy with slight influences from Braid and Thomas Was Alone also God of War Dark Souls Super Mario Bros Dragonball Z badass shooter FPS shoot 'em up Candy Crush only with epic robots and zombies and crafting. Also it's a Cheeseburger.

8 /10 Great: Impressive efforts with a few noticeable problems holding it back. Won't astound everyone, but is worth your time and cash.

[The Search Engine Optimization in your last paragraph is still inadequate. Please resubmit this review to me after revising and don't do something stupid like post it with all my comments included. -Ed]