Every Thursday (or thereabouts), “Reverend” Anthony Burch monologues about games and gaming culture for a segment we call “Rev Rants.”

However inadvertently, a lot of my rants end up addressing the idea of games as a uniquely expressive art form. There is — and I don’t have to qualify the following statement, because that’s why God invented hyperbole — effectively no one on the Internet who truly believes that games are not an art form, even if we’re just talking about the art of entertaining people.

There have been, however, a few instances of confusion regarding what is so artistic about games. If I say, “games are an art form,” and you say, “yeah — just look at how beautiful Okami is!,” then we’re not talking about the same thing.

Hit the jump for an (unfortunately text-based, as I’ve been busy editing HAWPs this week) explanation of what I’m talking about.

When I say I’m of the position that games are an art form, I mean to say that when pared down to their most minimalistic aspects, games have a unique, medium-specific ability of expression that makes them different from (not superior or inferior to) other mediums.

This is why I brought up the Okami example before the jump. Okami is a visually beautiful game, yes, but its graphics have nothing — I repeat, nothing — to do with its belonging to an artistically unique medium. Making things look pretty is not a game-specific skill. The art style certainly has an impact on one’s enjoyment of the game, and it’s almost definitely one of the first things that pop into my head when I think about Okami, but I would no more point to Okami‘s beautiful watercolor graphics to exemplify gaming’s artfulness than I would present the cover art for Abbey Road to show how uniquely artistic music can be.

I would point out the Magic Paintbrush Thing mechanic. I would point out anything interactive, anything that could not possibly be done in any other medium. Film, for instance, can be considered a uniquely expressive medium, thanks at least in part to the power of editing. Simply by juxtaposing images against one another, or letting certain shots go on longer than others, you can evoke a totally unique intellectual or emotional reaction compared to anything found in novels or on the stage (see: Eisenstein’s Montage Theory). Gaming has many unique powers like Eistenstein’s theory of montage (though the actual phrases being used to describe them vary from designer to designer), and to focus on things like pretty graphics or epic stories at the expense of realizing the uniqueness of gaming’s other aspects is to pretty much miss the point. 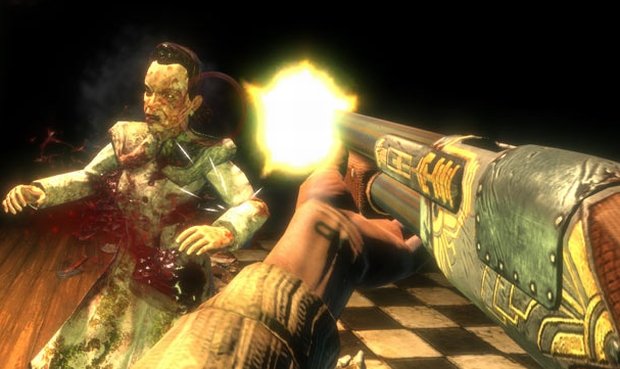 This is why I’m also hesitant to hold up JRPGs as examples of artistic greatness, at least in the way that I’ve seen them championed by a fair number of people. Final Fantasy VI may have a cool story, yes, but is it delivered in a way specific to the medium? Or is it conveyed through long dialogue scenes and noninteractive cut scenes? I’m not trying to make some sort of qualitative statement about how good or bad JRPG plots generally are, but it’s worth noting that game narratives, at least as conveyed through many, many games across many, many genres, aren’t particularly unique to our chosen medium. Though you wouldn’t be able to experience the fun of leveling up and finding items (activities that are unique to gaming, and are thus worthy of recognition), a FFVI miniseries would be just as effective at delivering narrative as its source material.

The same goes for pretty much any game that doesn’t attempt to fuse story with gameplay in a medium-specific way, whether we’re talking about something as simple as increasing immersion by never leaving the protagonist’s viewpoint and providing environmental story clues (see: Valve, BioShock), or as far-reaching as allowing the player to determine where the story will go at any given time (à la Masq). Or, in getting rid of story almost entirely (Dwarf Fortress, Spelunky, the better parts of Fable II and Far Cry 2).

I more or less shat on “fun” games in my last few rants, but it’s worth saying that as a medium, games have the ability to deliver unique fun in ways that other artistic mediums can simply never touch. There is something artful in how unusually satisfying it feels to chainsaw a Locust in Gears of War. There is something aesthetically interesting about dicking around in Wii Sports or Bookworm Adventures that you can’t really get through other mediums. I’d love to see our medium use its expressive strengths in other directions as well, but “fun,” and the unique dimensions it takes within videogaming, are unquestionable support for the idea that games can deliver unique feelings and ideas through unique avenues.

And if none of that proves they’re an art form, I don’t know what the hell to say.