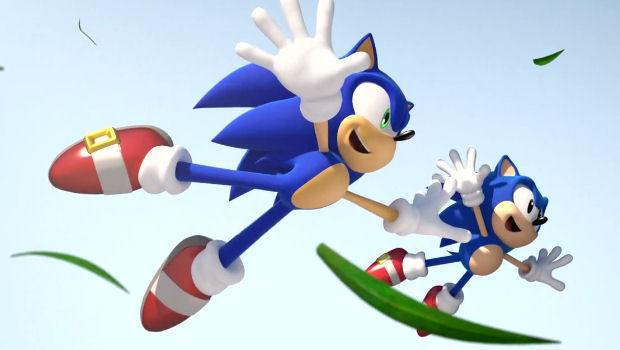 SEGA has posted a teaser for its mysterious new Sonic project exclusively to Facebook, and it seems to hint at a game in which the new and old Sonic the Hedgehog come together in one glorious, nostalgia-fueled event coming this year to the PS3 and Xbox 360.

The nature of the footage seems to hint at this being Sonic Generations, the game for which SEGA recently reserved a domain name. This may be what was once called Sonic Anniversary, a game comprised of remakes of past Sonic levels from classic games.

The footage shows the modern, green-eyed hedgehog racing through some typically “Sonic-y” environments, before he’s suddenly joined by a pot-bellied, retro-flavored Sonic from days of yore. The two then appear to start racing.

At first I almost shot myself because it looked like Sonic was getting a son, before I realized it was just Genesis Sonic and not some new, terrible child.

Check it out, what do you think?