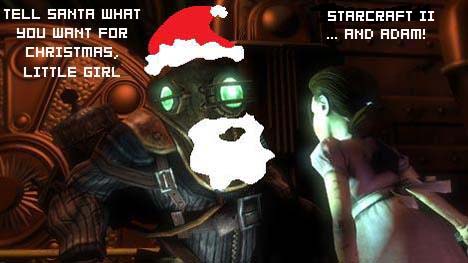 Since the announcement of StarCraft II last year, Blizzard has been carefully stringing us along with trailers, concept art, and small snippets of information on their upcoming real-time strategy game. In true Blizzard fashion, though, they’ve remained tight-lipped about a possible release date, sticking to their mantra of “It’ll be done when it’s done.”

Blizzard might not be talking, but it seems that retailers don’t have any trouble giving us a date to look forward to. Best Buy, Circuit City, and GameStop have all given StarCraft II a street date of December 3.

Retailers giving games placeholder dates is certainly nothing new, but as Aaron “I’ll only be remembered for the monkey thing” Linde points out, the fact that all three major chains are putting up the same date a week before Blizzard’s 2008 Worldwide Invitational does seem rather suspicious. We’ll be sure to keep you briefed on any announcements Blizzard makes during the event.

Are you salivating over the thought of getting Zerg rushed this Christmas?