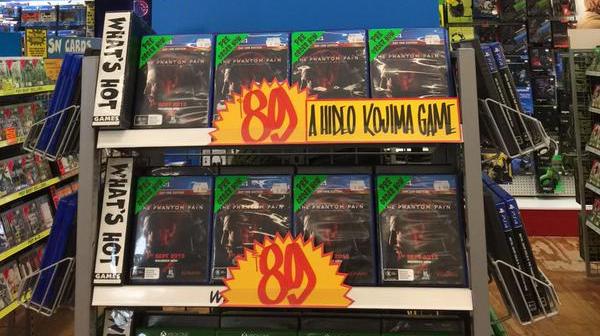 Konami has had a rough year, image-wise. Between the allegations of abuse within the company, the retread on shifting to mobile comments, and the alleged pushing out of Kojima for the Metal Gear series, nothing looks good.

As a result, this Australian retailer has apparently made it clear to the world that it is indeed a Hideo Kojima game. Funnily enough, Kojima actually retweeted this. Thankfully, every mission in the game has a miniature credits sequence, and Kojima is rightfully credited in it.