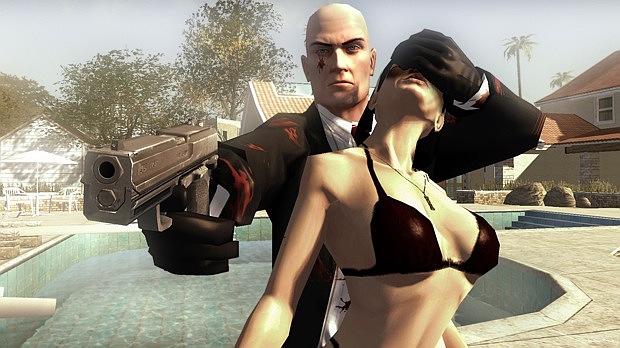 Mark Sloan has short-to-medium length brown hair and blue eyes. He’s an actor with experience in modeling as well as commercials and is interested in obtaining work in those two areas — among others — again.  In 2006 Sloan starred in a serial killer commercial.  In 2008 he did something relevant to our interests. According to his Casting Call resume, he did motion-capture work for Hitman5 … with Rocksteady Limited. Now that’s a new one.

Sloan’s Hitman entry suggests two things: Eidos’ space bar is broken and the UK-based studio responsible for Batman Arkham Asylum is working on the next installment of the Hitman franchise. While we agree with the former, we’re finding it tough to buy into the latter. It plain doesn’t jive with what we know and can still find.

Always an IO Interactive property, Hitman 5 — or Hitman5 — is still in their capable hands, even though they do seem a little busy nowadays. (Mini Ninjas and the next Kane and Lynch are on the way.) In May Eidos’ Ian Livingstone confirmed that the title is being developed by IO. A quick scan of a few LinkedIn profiles says that as of at least June, IO still had the property. Forget about the movie tie-in thing — we’re pretty sure it’s still in-house.

So, what’s the deal? We’re guessing Rocksteady is helping IO Interactive with the motion-capture work. From what we understand, Rocksteady has some pretty rockin’, high-tech digs to use. And this connection makes sense — Eidos is the publisher for the new Batman title and has always published the Hitman games.

Despite our reasoning, there’s always a chance that Rocksteady is indeed doing Hitman 5. We’ve fired off a few e-mails to important people and we’ll be sure to update if we receive comment about the matter.