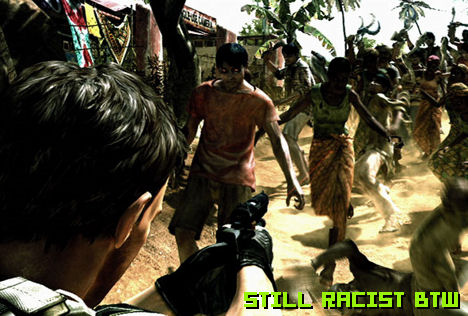 Capcom has taken on board concerns that Resident Evil 5‘s controls were the same as those of Resident Evil 4, which some critics feel is archaic compared to modern games. Confirming that the controls have now changed to a more “Gears-like” system, producer Jun Takeuchi stated that we’ll see things in action at the Tokyo Game Show.

At E3, Takeuchi teased this announcement by telling us not to be surprised if the controls have altered by TGS. Looks like that forewarning was a prophetic one, as we look to get our hands on a much more modern-feeling game. Apart from the Gears comparison, no other details have been revealed, so we’ll probably have to wait until October to see more.

Quite funny really, considering that Gears of War basically took Resident Evil 4‘s control scheme and added a cover system along with the ability to move and fire. Things have come full circle.