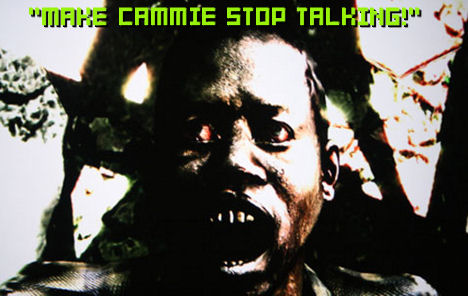 Here’s a little oddity to chew on this morning — Resident Evil 5 has been “confirmed” for the Wii — not by Nintendo, not by Capcom, but by Sega. The surprising sort-of-non-announcement came from Sega of America’s president, Simon Jeffrey, who let the idea slip while talking about Nintendo’s current focus and its attitude toward the “core” demographic.

“The Wii’s selling incredible amounts of hardware, but Nintendo knows it needs to expand the demographic. It needs to connect with the core gaming demographic,” Jeffrey stated, before adding: “Resident Evil 5 – when that happens on the Wii that’s going to help.”

Capcom’s rather amusing response was to “announce” some upcoming Sega products: “We have nothing further to announce regarding Resident Evil 5 at this time. Did you hear about the Sonic MMO, though, for Xbox 360, PlayStation 3, Wii, DS and Megadrive? And they’re bringing back the Dreamcast! Because it was brilliant.”

For his part, Jeffrey is claiming that the mention of RE5 was a mere slip of the tongue and that nothing had been confirmed “yet.” This is Capcom, however, and I have little doubt that they are thinking about RE5 on the Wii. If they can port Dead Rising, they can sure as Hell port a new Resident Evil. Knowing Capcom, that’s exactly what they’ll do.