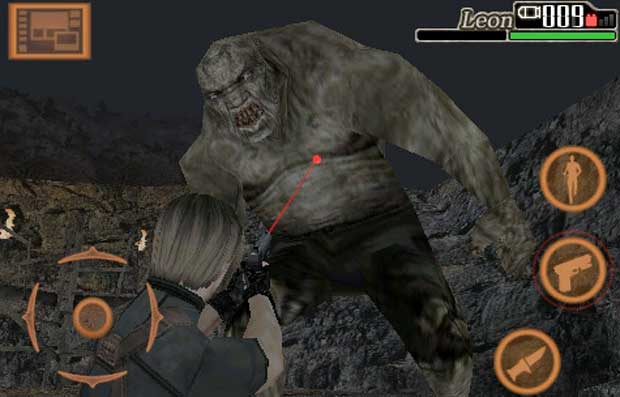 Capcom’s Resident Evil 4 for the iPhone/iPod Touch is available for download in Apple’s App Store right now for $7.99. The game weighs in at 37.3 MB, and from its description appears to follow the plot of the console titles, with players taking the role of Leon Kennedy as he embarks on a mission to rescue the President’s daughter.

Capcom is boasting that it features the “best 3d graphics to date on iPhone,” as well as an unlockable “Mercenaries Mode.” The game’s tap controls and set-up look similar to Capcom’s other iPhone/iPod Touch Resident Evil title, Resident Evil: Degeneration.

We love us some Resident Evil 4, and we’re sure you do, too. But are you willing to spent $7.99 on an iPhone port of agame you’ve possibly purchased on multiple platforms already?