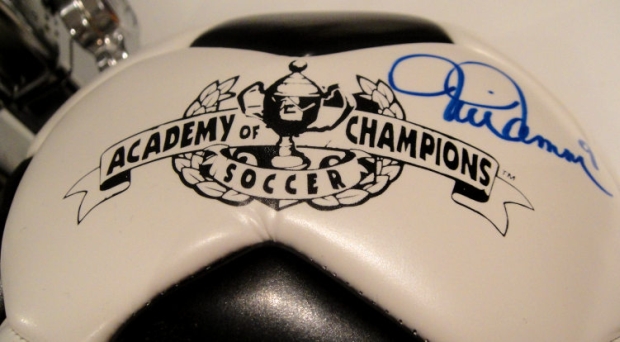 Academy of Champions: Soccer is an upcoming over-the-top arcade style soccer game by way of Ubisoft. It’s set to offer a ton of features and also stars legendary soccer star Pele along with Mia Hamm.

Academy of Champions: Soccer is out on November 3 and to promote the game, Ubisoft sent us four Academy of Champions themed soccer balls signed by Mia Hamm herself. In order to win one of the four soccer balls, you’ll need to write a haiku in the comments below that’s related to soccer and videogames. You can write about anything, so long as it involves soccer and videogames and it has to follow the five/seven/five syllable rule.

The four best/funniest haikus will win a soccer ball. You have until Thursday, October 29 to submit your haiku and this contest is only open to US residents. Good luck!