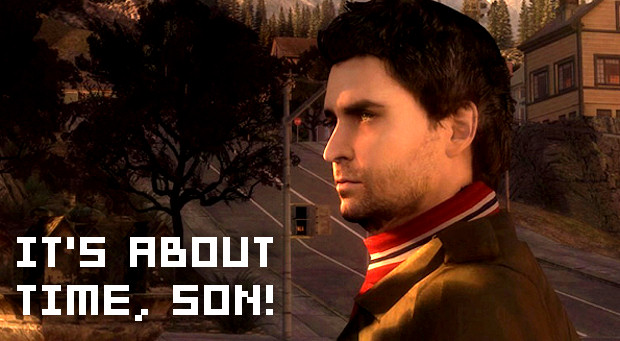 Remedy Entertainment believes the latest release date set for Alan Wake will stick. Speaking with BrightFalls, Remedy development director Markus Maki confirmed that the oft-delayed game is on schedule to actually hit in Spring 2010:  “I don’t think any developer plans on working on a single game for this long,” Maki told the Web site, “but for the last 1-1.5 years we’ve hit our own milestone targets very well and thus were confident on announcing the Spring 2010 release.”

In a later question, Maki said Remedy was “undecided” about a demo for the game, which is fine by me. Demos take time. I want to play Alan Wake this century. I’ve had a copy of the title reserved since 2005, so I’ll be excited when GameStop calls and tells me it’s in the store.

Also, I hope the dude notices when I originally pre-ordered it.

Alan Wake in 2010 … confirmed? Let’s hope the window does hold true. I’ve been much too excited about this one for far, far too long.