[Here’s megaStryke’s E3 09 blog for the Regarding E3 theme. Along with this promotion, megaStryke is going to be getting some random swag we collected at E3! — CTZ]

[RiotMonster totally stole my thunder on this one. I’m going to soldier on anyway and try to offer a slightly different perspective.]

E3 2009 has concluded and there have been many highs and lows, but the big thing to take away is that motion controls have truly arrived and that they will be a major fixture in gaming for years to come. Whether you care or not, the announcements of Microsoft and Sony’s respective motion-control devices were the most important announcements of the entire show. Nintendo has been in this game for a while, but now Microsoft and Sony have dedicated themselves to expanding their own audiences with dynamic input.

This demonstrates a few things. First, Nintendo’s decision to explore an alternative means of gaming control has unequivocally impacted the direction of the other two hardware corporations. Second, such a shift in gaming could only have been possible had the major players come to an understanding that motion controllers are not throwaway tech meant only for “soccer moms” and “grandparents.” Finally, the reactionary forces that drive each company into competition will guarantee that whatever current misgivings you may have over motion controls will be addressed, perhaps not as soon as you may prefer but eventually.

Take a look at how each company chose to present their tech and how their reactionary their actions appear to be after the break. 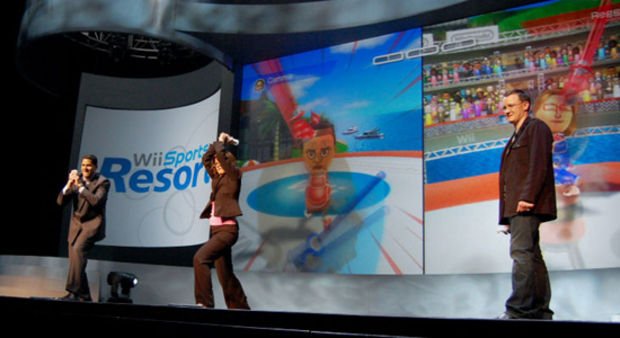 Nintendo has and continues to be in the best position thanks to the decision to push the Wii Remote as the standard input device for its latest home console. About a year following the launch of the Wii, we all began to hear rumors of motion controllers coming out for either the 360 or the PS3. I doubt that those rumors impacted Nintendo’s decision to improve the capabilities of the Wii Remote but at the very least it made them approach the situation sooner rather than later. In fact, according to the Iwata Asks: Wii MotionPlus roundtable discussion, Wii MotionPlus only began development in early 2008, mere months before its E3 reveal!

Speaking of E3 2008, remember how Wii MotionPlus was unveiled? Before any of the conferences kicked off, Nintendo sent out notices to the press about the latest Wii Remote add-on that would provide true 1:1 response! Why couldn’t Nintendo wait until its presentation? Because Microsoft was up first and Nintendo wasn’t about to take any chances in the event that the rumored Xbox wand were true. As it turned out, neither Microsoft nor Sony had anything to show, further cementing Nintendo’s dominion in the motion space. 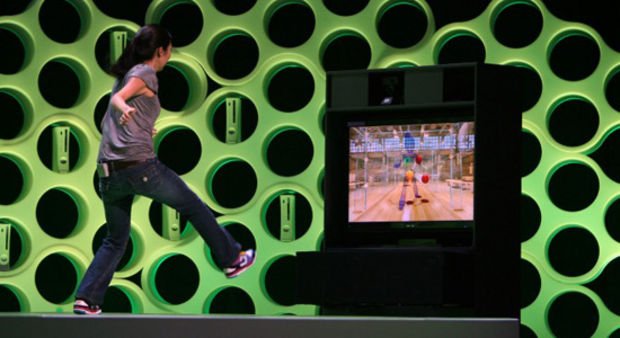 I have a theory in regards to Microsoft at E3 2008. Maybe it was indeed working on a wand. Maybe it was in the early stages of Project Natal. Since it didn’t show anything, I firmly believe that it wanted to announce that something was in the works, but since Nintendo preempted any possible announcement with tech that would be demoed with actual software at the Nintendo presser, Microsoft probably kicked whatever it was going to say under the rug. That’s just me speculating, though.

Fast-forward one year later and Project Natal is on stage. Everyone was impressed by the demonstration and some outlets gathered that this was Microsoft’s answer to Nintendo. Now, while I don’t doubt that Nintendo inspired Microsoft to explore motion controls further, I think that Natal was more of a direct response to Sony and its camera line. Remember, Microsoft originally entered gaming in order to prevent Sony from conquering the living room with a full-scale multimedia device. Microsoft views Sony as its chief competitor and will do what it takes to steal market share.

So the PlayStation 2 had EyeToy? Microsoft released Xbox Live Vision for the 360. Sony came back with the PlayStation Eye? Microsoft responds with the ultimate camera, one that places you literally into the game, giving you the ability to interact with the environment far beyond anything possible with a Sony camera. So Microsoft made a remark about “canned waggle movements” to sting Nintendo, but that’s only to distract us from yet another strike against Sony. 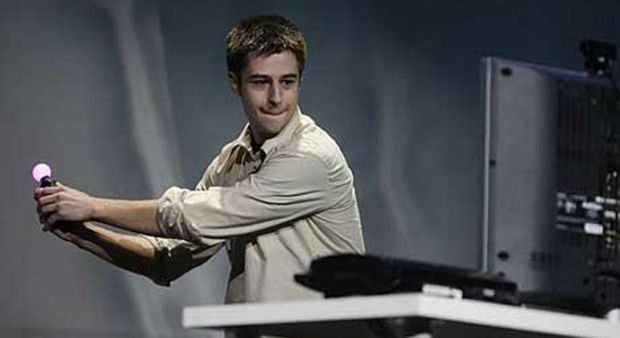 Sony has been in an awkward position lately and is doing what it can to reinvigorate the PlayStation line. So far, that has included a number of new SKUs for the PSP and PS3 as well as a host of game announcements, but behind the scenes it has been working on a motion wand of its own. However, a few things struck me as odd from the motion controller reveal. The Sony presser was the longest of all, filled with tons of bombast and all manners of bells and whistles, yet the reveal of the motion controller was extremely low-key. Microsoft had a wild video reel that echoed the initial Wii Remote reveal, but Sony didn’t have anything of the sort. Instead, we got a visibly nervous Dr. Richard Marks and Anton Mikaloff seemingly unprepared to talk to a large crowd. I mean, look at them. Also, the prototype looks way too rough. You would think that for a major presentation such as this that a company would design some kind of aesthetically pleasing casing for the product. Hell, you would think they’d have a name! Not even a code word!

This leads me to believe that Sony had no intention of demoing the wand during its press conference. I bet that Sony was going to show off the tech in a tiny room only to select companies during the expo, but after Microsoft dropped Natal, Sony probably felt obligated to squeeze the wand somewhere in the presser. That’s what it felt like. Something squeezed in at the last minute, at odds with the glitz and glamor of the rest of the show. Now, we knew ahead of time that Sony had this device in the works, but just like the absence of any non-Nintendo motion controllers last year despite rumors, there was no guarantee that this would be shown off at E3.

But it was, and it was amazing.

As you can see, we are in no danger of shifting into some dystopian nightmare where the only titles available are whackjob minigames, not as long as the major players are doing their darndest to 1-up one another. Let’s be realistic, though. Nintendo is in no threat for the remainder of this generation. In fact, Miyamoto even claimed to be flattered by Sony and Microsoft. Nintendo has been behind motion controls since the beginning and the Wii has become synonymous with motion-control gaming. Sony and Microsoft are playing catch-up and their implementations, regardless of whether or not they are leagues better than Wii MotionPlus, are not going to gain the same traction as Nintendo’s. I’m thinking Sony and Microsoft should have just waited until the next console cycle, have a fresh reboot much like Nintendo with the Wii. I guess they don’t want to wait that long, especially if they are serious about the 10-year-cycle claims.

What this means is that you shouldn’t expect “super duper hardcore extreme” games to be released that support Natal or the Sony wand with any regularity. If companies are having such a bear of a time dealing with Nintendo and the Wii Remote, don’t expect some magic to happen and for them to get serious just because Microsoft and Sony are on board. It’ll take time and Nintendo, at least for now, will continue to lead the way. As companies become more accustomed to the new schemes, you’ll see changes occur on the Wii before they occur on the 360 and PS3. Most will probably stick to the traditional controls on the HD machines as that is what they are most comfortable with.

Oh, and one last thing. Does anyone else find it absolutely hilarious that in the same conference, Microsoft demos Tony Hawk: Ride and its crazy skateboard peripheral then renders it obsolete by demoing skateboard functionality through Natal? That gave me a chuckle!