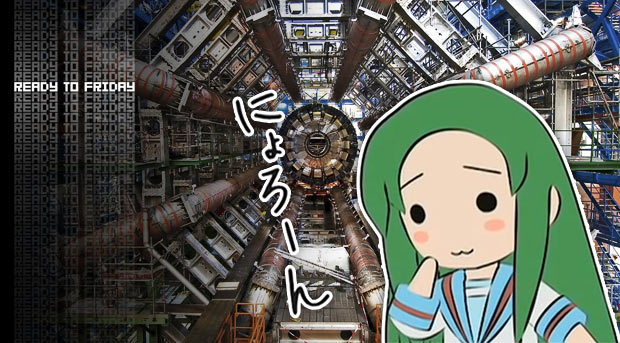 You might not have heard, but they had to shut down operations at the Large Hadron Collider again. I didn’t mention this when it happened a couple weeks ago because it was Nick’s birthday and that gave me a good excuse to make fun of him, which is somehing I like to do from time to time. But they did. You know why?

Because a bird dropped a piece of bread on it.

Let’s review. Work was halted on the world’s largest high-energy particle accelerator, because a passing bird dropped a piece of bread onto a section of exterior machinery. This resulted in significant overheating in parts of the collider, forcing scientists to …

… you know what, I think they’re making this shit up. First there was the coolant leak, then that whole bit about this thing coming back from the future to destroy itself. Now you’re telling me they put the brakes on the whole project because a goddamned seagull decided he didn’t want that crouton for lunch after all.

They’re not even trying to be sneaky about it, they just show up to work and play Animal Crossing or something all day. Then when the benefactors stop by and ask why the collider’s not running yet, they cook up these stories and then laugh about it when everyone leaves.

Point is, I should have been a physicist. Those guys know how to Friday.

And now, a guy stacking a bunch of shit onto a Lego block and then knocking it over.