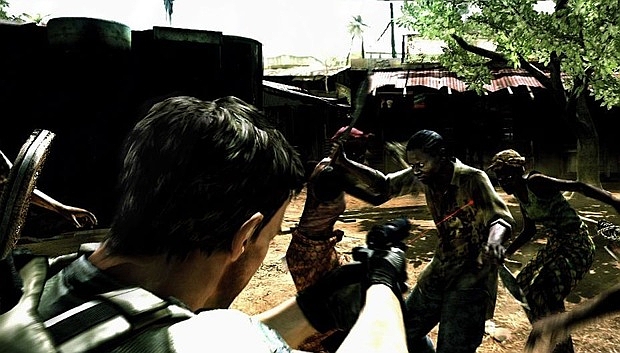 The first bit of downloadable content for Capcom’s Resident Evil 5, ‘Versus Mode,’ is now available in North America. It is not available, however, in Germany. According to a Eurogamer.de report (via VG247), the content failed to get a content rating in the country, thus preventing its release.

The four-player oriented zombie busting DLC — weighing in at a healthy 1.86 megabytes — doesn’t have a different level of violence than the content already included on the disc, which makes this sort of funny: Resident Evil 5 was rated and released in Germany.

We’re not entirely sure if this is bureaucratic nonsense or a failing on Capcom’s part to show the DLC to the USK. (We contacted Capcom for comment.) Either way, this is pretty crappy for our German friends. From what I’m hearing, ‘Versus Mode’ rocks.