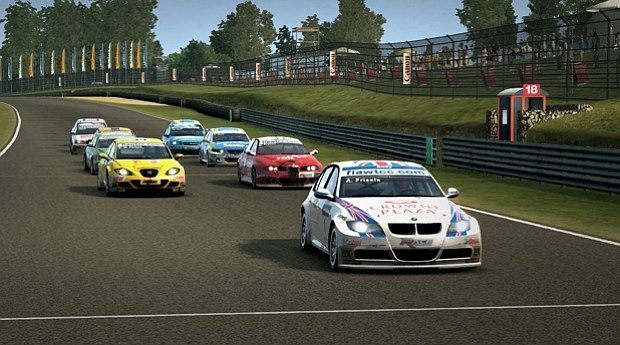 SimBin doesn’t mess around when it comes to supporting their products. A colossal title update for RACE Pro went live a few days ago. It addresses both multiplayer and single player issues that members of the RACE Pro community have voiced to the studio and Atari.

We weren’t kidding about the size. There are entirely too many tweaks, enhancements and fixes to list on this side of the post. Hit the jump to see everything, but first check out what we consider the biggies:

Squashing bugs and stuff is great, but what RACE Pro really needs is a “busty babes” patch. Think about it. All those empty seats would be filled with hotties, happily cheering and jiggling as you race. Make it happen, SimBin.

Taking on board feedback from the player community, SimBin and Atari have responded with this first title update which addresses numerous issues and greatly enhances primarily the multiplayer experience and also the single player game.

To make your voice heard on the official RACE Pro forum, click here.

The main enhancements and issues addressed in the Title Update are as follows: